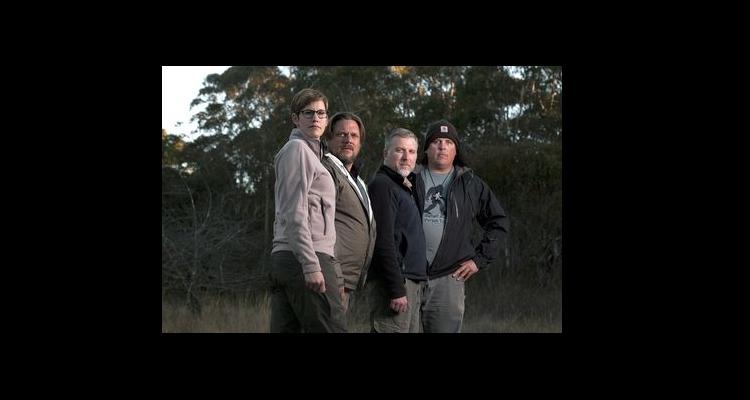 Animal Planet’s Finding Bigfoot has been on TV since 2011. The show celebrated its 100th episode on Sunday with a Finding Bigfoot marathon, and now fans are wondering what happened to Bobo! He was looking a little frail and lost his hair, leading fans to worry about James “Bobo” Fay’s health.

While Bigfoot hasn’t been found yet, fans are trying to find out if Bobo from the show is doing okay —health wise! Bobo is a commercial fisherman along with being a huge Sasquatch enthusiast, and has been dealing with some physical health conditions for a while now. Is Bobo sick?

James Fay, who is lovingly known as Bobo, took to Facebook to clear some rumors surrounding his health.

When fans of the show began questioning why he lost his hair and was looking weak, people began contemplating that Bobo had cancer.

Bobo noticeably lost his hair, but it was not because he was sick; he simply cut all his hair off! He explained on Facebook that his long locks were driving him crazy, blowing in his face from the trade winds, so he chopped it all off last year.

“Went through 4 major airports the last couple of days and no one except 1 guy recognized me. Plus I thought I’d squash the cancer rumors with a super non-chemo hairdo,” Bobo wrote on Facebook in 2017.

But shortly after he did it, it seems Bobo regretted cutting his hair:

As for losing his weight, he cleared some of those rumors too, explaining that he “cut out soda, candy, pizza, and baked goods,” to live a healthy lifestyle. No worries there!

Bobo Had a Broken Neck for a While

On Facebook, Bobo updated fans with yet another physical condition, one that was probably bringing him down all this while.

Bobo said that he visited a neurologist for something that was bothering him physically, but the doctor sent him to a colleague. Shockingly, the two experts decided that Bobo was “walking around with a broken neck” for a while!

“Just a minor compression fracture that’s probably been refractured a couple of times. Not that big of a deal but it sure explains a lot. I still have to get a good mri to know for sure [sic],” Bobo posted.

He also added that he suffered a spinal compression fracture when he was in Mexico back in 2003. He plummeted from a height of 35 feet into six feet of water!

After the near-drowning incident, Bobo explained that he also had a head-on car accident. It seems all the accidents put together resulted in his fractured neck.

Bobo, or The Bobes, has been on Animal Planet’s Finding Bigfoot since 2011, and throughout the seasons, he’s been trying his level best to spot the fantastic creature.

He’s originally from Manhattan Beach, California, and has been on the Bigfoot hunt since he was in school.

He said that he got a glimpse of his first Sasquatch in 2001, when he was with Bigfoot researcher, John Freitas.

Traveling for adventure is one thing, but traveling to find a mythical creature like Bigfoot is another.

Bobo has seen everything there is to see in the woods, jungles, and rivers. He came close to spotting the infamous Sasquatch, but did not yet get his hands on the real deal.

The TV show completed 11 seasons and 100 episodes hunting for the creature, and like their fans, the cast of Finding Bigfoot (Cliff Barackman, Matty Moneymaker, Ranae Holland and James “Bobo” Fay) has not lost hope.

Though the series finale aired last night, the Sasquatch enthusiasts are encouraging believers not to give up on the search for the creature that could unlock many mysteries.

Watch this video of Bobo and his friends trying to figure out if Sasquatch was paranormal or not. You might be surprised at some of the findings!