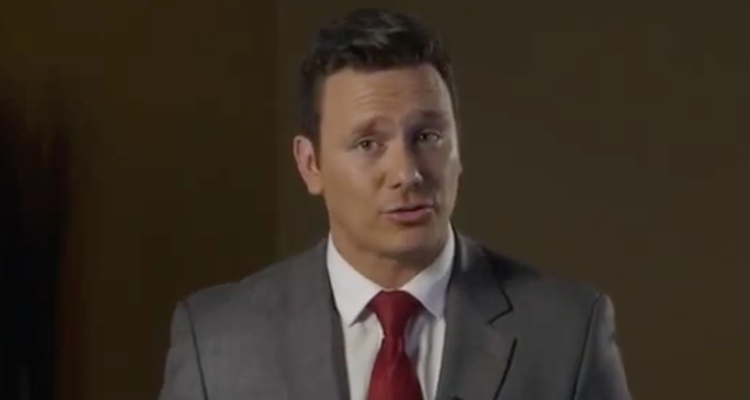 What happened to Ben Swann? People are beginning to wonder, since last week, he mysteriously disappeared. Where is he? Did he get another job? Did Ben Swann bounce to another station? Perhaps he’s on vacation? We did some digging to know why Ben Swann isn’t on TV, what his job status currently is, and why he is currently in the position he’s found himself in. We’ve got the scoop here!

Where Is Ben Swann?

Where is Ben Swann? Why is he not on TV right now? Why is Ben Swann missing? The answer quick answer is, Ben Swann was fired! He no longer works for WGCL-TV and if we were to put money on it, he won’t be working there again for some time, if ever. WGCL-TV (the actual call letters of CBS46) general manager, Lyle Banks issued a very brief but very straightforward statement:

“Ben Swann is no longer an employee of WGCL-TV, effective immediately. We thank Ben for his contributions and wish him well.”

What happened? How can you go from working for a station for three years to such a cold and brief statement about the end of your job? Well, trying to revive alt-right news stories behind your employer’s back is a pretty good way to start.

The seeds of the end of Ben Swann’s CBS46 career actually go back a few years to a segment he called Reality Check. Swann’s Reality Check pieces first began when he worked at WXIX-TV Fox 19 in Cincinnati, Ohio.

It was branded as a news story that the media was ignoring, or fact checking other stories. Many of the stories in the Reality Check segment have a very alt-right slant to their presentation, and sometimes even veer into the realm of conspiracy theories.

For example, Swann has taken issue with the fact that the Sandy Hook shooting was carried out by a lone gunman. He finds it hard to believe that one person did it, despite there being no evidence of a second shooter. He also questioned the official version of the collapse of the World Trade Center during the events of 9/11.

Why Was Ben Swann Fired?

After Swann left Fox 19, his original plan was to continue producing his own Reality Check segments via a crowd-funded production team of his own. Think Alex Jones but slightly less crazy. That never came to fruition. But when he joined the news team at CBS46, he brought Reality Check with him. And it was with Reality Check that the trouble with CBS46 began.

Last year, Swann did a segment for CBS46 on the “Pizzagate” story, about coded messages in hacked Democratic emails about a chain of pizza restaurants that were part of a human trafficking/sex ring used by the Democratic party. A story that was discredited. Swann’s Reality Check piece wondered why no further investigation into the story was done.

As Swann himself did very little research into the story, and due to the fact it had absolutely nothing to do with Atlanta and CBS46’s viewers, he was taken off air for a few days. This allegedly set off a feud between Swann and his bosses.

Determined to make sure that Reality Check would be a voice of truth, Swann recently looked to start it up on his own, once again using crowd-funding to help fund its production. When CBS46 got wind that Swann was essentially trying to set up his own online news series while still under contract, he was suspended, and then ultimately fired.

Where is Ben Swann now? We imagine he’s trying to figure out the next step in his career. He’s obviously a talented broadcaster. Maybe it’s just time to focus a little less time on conspiracies and a little more time into his work!