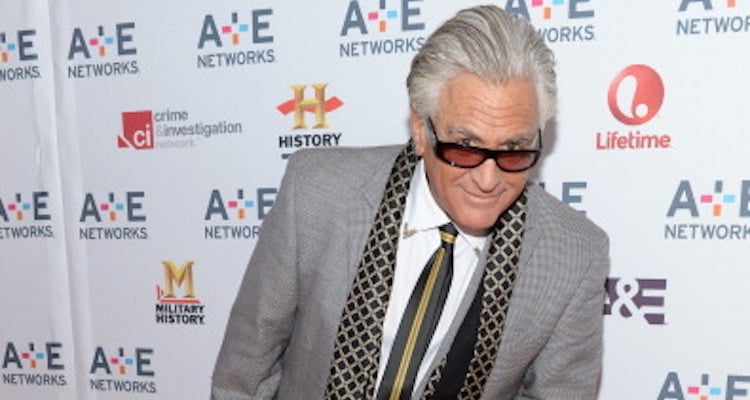 When Storage Wars first premiered, fans picked their favorite characters on the show and there was certainly a plethora of personality to choose from. There was Darrell Sheets, a.k.a. “The Gambler,” and the young couple, Jarrod and Brandi. There was also Dave Hester… but let’s be honest, no one liked him. And then there was “The Collector,” Barry Weiss. Everyone liked him. He was like that crazy uncle who was fun to be around and had the best stories about your dad as a teenager. Barry didn’t often win lockers worth huge amounts, but every now and then he’d sneak in a win. But then he was gone! What happened to Barry on Storage Wars? Where is Barry from Storage Wars? We’ve got an idea of what he’s been up to, so keep reading!

Where did Barry Weiss come from? He just seemed so different than everyone else on the show. Barry Weiss’s Storage Wars tactics were… unorthodox. He didn’t really seem like he was buying lockers to make a profit. It was more like he’d buy a locker if it had some cool stuff in it —and if he could make a profit, great! So how did he get involved? Before Storage Wars, Barry Weiss and his brother ran a successful wholesale produce distributor that made him a solid living. Then, he sold out and retired. At the same time he was hitting retirement, producer Thom Beers was starting work on Storage Wars. The two were friends and Beers thought Barry would be a great addition to the show due to his personality, and wealth of knowledge on antiques and collectibles. Barry headed to Le Mans car race and when he returned, Storage Wars was a go, and he was asked to join the cast. With that, Barry was in and appeared on the first season of Storage Wars in 2010.

Barry Weiss was the fun part of the show. He wasn’t as serious as his other Storage Wars cohorts, and viewers liked that. Fans of the show rooted for Barry in the hopes that he would finally get a big win over the other folks. He was on Storage Wars until its fourth season.

After the fourth season of Storage Wars, Barry got his own show, Storage Wars‘ fourth spin-off, Barry’d Treasure. It featured him traveling across the United States in the search of cool collectibles and antiques, and debuted in 2014. Despite having a number of his Storage Wars buddies appear on the show, Barry’d Treasure only lasted eight episodes before being canceled. We saw Barry again in 2015 with the Storage Wars: Barry Strikes Back special. He, along with his buddy Kenny, watched Storage Wars segments and added their two cents and commentary. After that, Barry Weiss disappeared from our screens.

Where is Barry Weiss Today?

Is Barry from Storage Wars dead? We are happy to report that Barry Weiss is alive and well, as he told TMZ he’s gone back to his old job of being a “professional slacker.” Will we ever see Barry Weiss on TV again? Hard to say. He seems comfortable with where he is, but mentioned that he would love to do a show where he could travel and do something with cars, two things that he loves. So, maybe we might see him venture into that in the future, who knows?