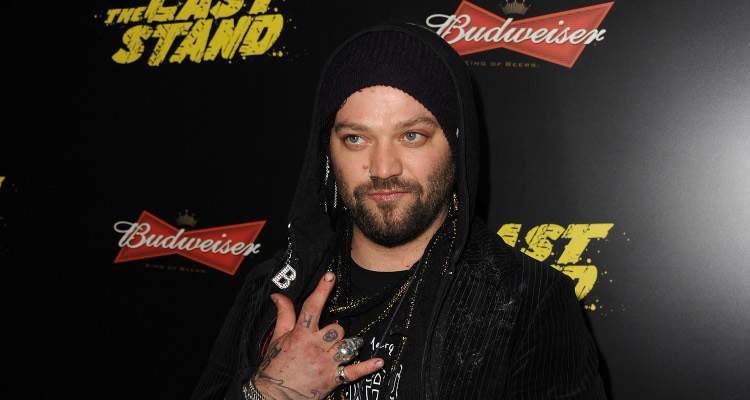 For Bam Margera, 2018 is already a bit rough. While last year brought the happy news of him being a father and things seemed to be going well for the former Jackass star, this year saw him getting arrested for drunk driving. Read on to know the complete story and to find out where Bam Margera is now.

Bam Margera was in Los Angeles when he was arrested for driving under the influence of alcohol about a month ago. What happened to Bam Margera then? According to his mother, he has been sent to rehab. The duration of his rehab stay is currently unknown. However, she feels that he will want to keep that news private.

It was on a Monday when the California Highway Patrol found the Viva La Bam star in violation of the cell phone rule. While he was found speaking on the phone, the officers noticed that was not sober.

He was pulled over and arrested after he failed the sobriety test. By the afternoon, the pro skateboarder had posted a $15,000 bail and was released by 2:30 p.m. However, the news of his arrest spread quickly.

Bam Margera’s Instagram account boasts quite a few personal moments of the former Jackass star. The highlight was the post which featured his wife Nicole and newborn son, Phoenix Margera.

The couple said “I Do” to each other in 2013 in Reykjavik, Iceland, and the name of the child was decided long before the couple’s impending pregnancy. Bam Margera had posted many pictures of his wife’s belly development stages throughout her pregnancy so that fans could follow along with their journey.

In a recent post that he shared with his 1.4 million followers, he is seen with Rocco, Johnny Knoxville’s son, who is dressed in a skateboard gear. Fans’ comments on the posts mentioned that they were happy to see him still in touch with Knoxville, and they wished him good luck.

Bam Margera’s Jackass appearances were not his only claim to fame, but yes, he did get quite popular due to the show. He starred in his own show called Viva La Bam and he was also a part of the CKY Video Series that had him and others doing stunts while skateboarding.

He then did Jackass and other subsequent versions of the same with the other CKY cast. He was also a part of the movie Grind, which was a skateboarding based movie. Viva La Bam was based on Jackass to a certain extent, but this was Margera’s own show. It ran on MTV for five seasons from 2003–2005.

Margera’s marriage to his wife is not the first time that the famous skateboarder has walked down the aisle. In fact, he had “been there, done that” twice before her. According to reports, Margera had two serious previous relationships before he married the mother of his son.

It was Jenn Rivell, a divorced single mother, who had his heart prior to his now-wife. The two worked together on many of his projects and were also a part of Viva La Bam. The relationship lasted for seven years and ended in 2005. But at the end of 2006, it was reported that she broke into his house. He had to take a restraining order from the court against her.

Melissa ‘Missy’ Rothstein was the next in line to be married to Margera. However, his stint with alcoholism was strong enough to plunge her into calling 911. The marriage went kaput later, following which he married Nicole Boyd.