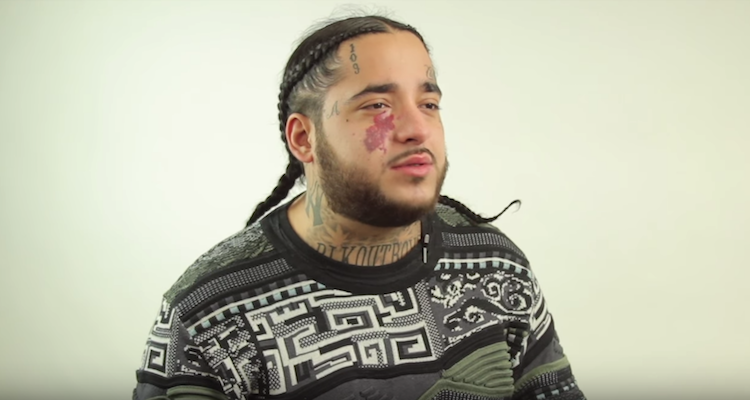 Yesterday marked the Yams Day 2018 concert from the A$AP Mob. Newer fans might not be aware that the shows are dedicated to deceased member, A$AP Yams. But who was A$AP Yams? What happened to A$AP Yams? How did A$AP Yams die? We’ve got the answers for you right here.

Who Was A$AP Yams?

Who was A$AP Yams? Born Jesus Steven Manuel Rodriguez Paulino on November 13, 1988, Yams grew up in Harlem which may have affected the career he fell into.

Harlem, while not as well known for hip-hop as the Bronx, has still produced a huge amount of influential members of the hip-hop community. Rob Base, DJ E-Z Rock, Kurtis Blow, Biz Markie, P. Diddy, Q-Tip, and Damon Dash all hail from Harlem, and Yams decided to follow in their path.

Much like Damon Dash and P. Diddy, Yams decided to go more into the producer and record company area of the business as opposed to rapping himself. Finding himself surrounded by talent, Yams formed a collective of rappers called A$AP Mob in 2006.

That guy ended up joining the collective under the moniker A$AP Rocky. He signed with Sony Music in 2011 for a ton of money and decided to reinvest it in A$AP . The deal was for $3.0 million. $1.7 went towards his solo career. The rest went to help create a record label called A$AP Worldwide with A$AP Yams serving as the A&R man and executive producer.

Did A$AP Yams die? Unfortunately, yes. A$AP Yams died on January 18, 2015. What he died of is dependent on who you believe.

A$AP Yams was found in his Brooklyn apartment, unresponsive, and rushed to nearby Woodhull Medical Center. Unfortunately, it was too late and he was declared dead. According to medical examiners, Yams died from acute mixed-drug intoxication.

He had very public struggles with substance abuse during his career, so to many, the fact that medical examiners found multiple drugs, like opiates and benzodiazepine, in his system was not that surprising.

However, Yams’ friends say that’s not what killed him. According to a number of A$AP Mob members, Yams was killed by his sleep apnea, which they say triggered asphyxiation and pulmonary aspiration.

Regardless of which version you choose to believe, A$AP Yams died and his friends chose to celebrate the anniversary of A$AP Yams’ death with a celebration of his life in the form of a concert called Yams Fest.

This year marked the third year of Yams Fest. On the bill were members of A$AP Mob (including Rocky, Ferg, Twelvyy, Nast, and Ant), Lil Yachty, Da$h & Retch among many others.

Unfortunately, the show ended early this year. Details are still hard to come by as original reports included gunshots being heard by the crowd. According to police, there were no gunshots but there was a fight.

Allegedly, rapper Tekashi 6ix9ine got into a huge fight with A$AP Bari and Casanova, which included the breaking of chairs that could be heard by the crowd (which may have been confused for gunshots).