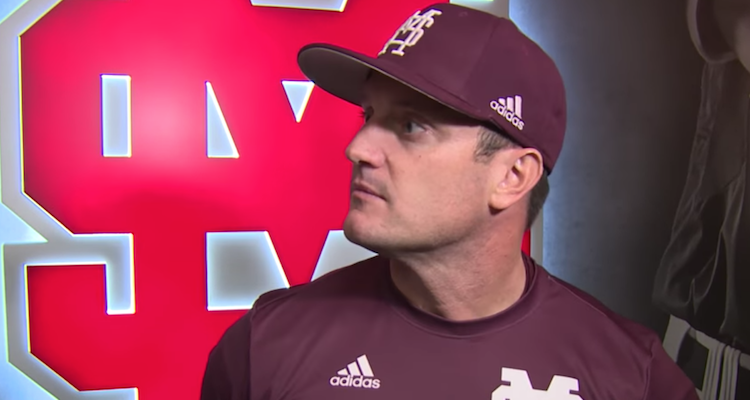 When Andy Cannizaro joined Mississippi State as the head coach of their baseball team, he had some really big shoes to fill. The previous coach, John Cohen, only just left the position because he became Mississippi State’s athletic director.

Cohen gained that position because he was an incredibly good coach to Mississippi State’s baseball team. Over his career, Cohen led the Bulldogs to five NCAA tourneys in eight seasons. These runs also consisted of being the runners-up in the 2013 College World Series in 2013, as well as two Super Regional entries.

Cannizaro seemed to have had what it took on the field, too. After a short career in major league baseball with the New York Yankees, Cleveland Indians, Tampa Bay Devil Rays, and Chicago White Sox, Cannizaro moved into the world of coaching.

Cannizaro’s coaching career began as a hitting coach for Louisiana State and then LSU’s director of recruitment. After two years at LSU, Cannizaro moved to MSU in 2017.

At MSU, he flourished. His first season went incredibly well with a 40-27 record, and bringing the team to NCAA Super Regionals. And, by all signs, the next season was going to be as good, if not better, than his first. But something obviously went wrong.

Was Andy Cannizaro fired? That appeared to be the case, until Cannizaro himself released a statement this morning. Three games into the season, it seems Cannizaro has already had enough—and it really threw fans for a loop! Cannizaro was gearing up for a season to rival last year’s, but now, he’s apparently leaving the team high and dry.

According to the latest reports, Cannizaro himself actually resigned earlier today.

Earlier this morning, following reports that Cannizaro would no longer be coach, the school released a statement.

Cannizaro reportedly made the move after what he called “poor decisions.” It has also been confirmed that Assistant Gary Henderson will serve as the interim coach.

“While the circumstances are difficult, we are fortunate to have a coach of Gary Henderson’s caliber to assume leadership of the program on an interim basis during our transition,” Mississippi State Director of Athletics John Cohen said.

As for Cannizaro, he has not given further details on the exact reason for his departure from the team. He has only asked for forgiveness from the fans.

“I had a wonderful opportunity at Mississippi State, but unfortunately I made some poor decisions,” Cannizaro said in a statement. “I hope Mississippi State University and all of the fans and people affected will one day forgive me.”

While this is a very steep bump in the road, hopefully Henderson can keep the MSU Bulldogs on track for the rest of this season.