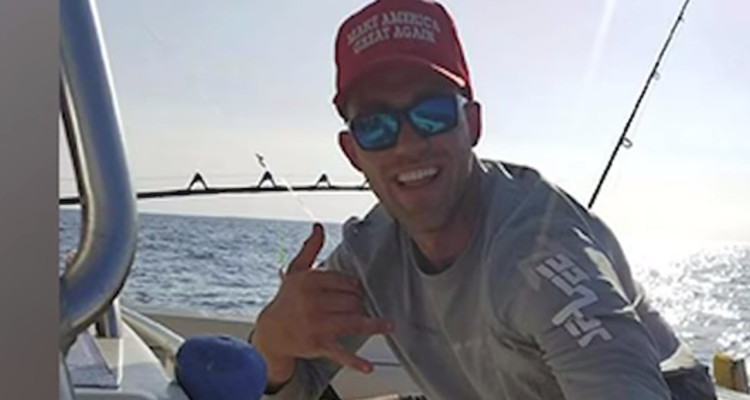 Alex Kompothecras got more than just a drink when he went to a bar in Tampa, recently. He got into an argument and was allegedly punched in the face by an assailant he could not later identify. He withdrew his police complaint but appeared with a bloody lip and bruised ego. Kompothecras’ ex-girlfriend was stunned when she saw his face on a video call.

Alex Kompothecras from Siesta Key might not have many people on his side, but nobody genuinely wanted him to get hurt. But, that’s exactly what happened!

Did Alex from Siesta Key have an accident? Is he okay? People want to know the details of exactly what happened to Alex on Siesta Key, and we have the scoop! At this point, all kinds of rumors are floating around about how Siesta Key’s Alex got injured. But we will tell you what really happened right here.

Punched in the Face

According to sources, Kompothecras was punched in the face at a bar in Tampa. The news, which was first reported by the Tampa Bay Times, said that an unknown assailant punched Kompothecras in his face, giving him a bloody lip in the process. It happened outside an Irish pub called MacDinton’s SoHo, where he went to have a drink.

The reality star allegedly got into an argument inside the bar and later had to be removed from the establishment by several security guards. This is the information recorded in the police report about the incident.

The Tampa Bay Times reported that Kompothecras pointed out the potential suspect to police. However, when police asked him if he was sure that the person was the assailant, Kompothecras replied, “He kinda has the same jawline. But I didn’t really see the guy. I am not 100% sure. I don’t want to send the wrong guy, but I would bet it was him.”

In the end, Kompothecras wasn’t sure and withdrew the complaint. The police made a record of the conversation and closed the matter, since Kompothecras did not press any charges.

The cast of Siesta Key were not the only ones who were shocked at seeing Kompothecras with his injury. The news of the Alex’s Siesta Key accident reached his high school sweetheart, as well.

Kompothecras video called his ex-girlfriend as she was getting a pedicure, and the sight of his injured face on the screen completely stunned her. This incident, as well as a few others, made MTV’s Siesta Key summer finale really interesting for the cast, and of course, for viewers.

For example, like Kompothecras attempting and failing to win back Madisson, Kelsey choosing money over love, and Juliette deciding that she was not ready to be with Garrett. Not to mention Chloe running out of Alex’s pool party after realizing that she has had enough of the fat jokes that were coming her way.

Time to Grow Up

All-in-all, it was an eventful finale with people one step closer to figuring out who they are and what they want to be. The objective of Siesta Key is to provide a platform where the cast understands their true inner selves.

Alex Kompothecras found out the hard way that he wasn’t that tough. And, hopefully, he realized that it’s time to grow up.