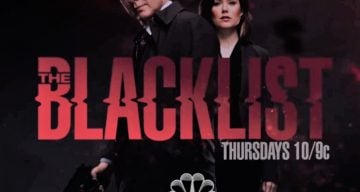 So, if you want to know the answer to that question, keep reading to find out.

Born into a Complicated World

Until the conclusion of the last season, there has been a question surrounding Elizabeth Keen’s (played by Megan Boone) relationship with the horrible Raymond “Red” Reddington (James Spader).

At the end of last season, we finally got an answer that Red is Liz’s father—maybe. With this show, not much is certain. But if Red is Liz’s dad, that would answer many questions.

Blood is thicker than water. Mark your calendars for the September 22 return of #TheBlacklist at 10/9c on @nbctv. ?: @msmeganboone

Liz’s husband Tom (Ryan Eggold) has been a covert operative for many different sides during the show’s run. Tom currently has a suitcase that contains a body that has something to do with Red, and he hasn’t told Liz about it.

In season 3, we learned that Liz was pregnant and by the time season 4 had rolled around, Liz had given birth to baby Agnes. Originally, she was going to give the child up. And, given the complicated history of her parents and grandfather, it’s hard to blame Liz on that one. Instead, Liz kept the child, bringing in a new character to The Blacklist.

If baby Agnes seems like a weird wrinkle to throw into a show like The Blacklist, you’re right. Megan Boone was pregnant in real life, so it was written into the show! So, that’s how baby Agnes was born into The Blacklist.

As much as it may make for creative issues that weren’t ever planned for, it saves the hassle of production issues. They didn’t have to shoot Boone in such a way to hide her pregnancy, make costumes to hide it, or explain where Liz was if she unexpectedly had to leave during the shooting period. It also gives the writer a new toy to play with, as seen in an episode where both Liz and Agnes are kidnapped.

Where is Agnes Now?

With the new season of The Blacklist gaining steam and with a few episodes aired, fans of The Blacklist are wondering where Agnes is. The good and the bad about a show like The Blacklist is that many stories and subplots are going on all at once. This gives the viewer a lot to watch for and something to be sucked in by, but the downside is that there isn’t room for every character all the time.

Currently, Agnes isn’t needed for any direct story purpose. It’s also fair to note that child labor laws are very restrictive when it comes to television sets. A baby can only work so many hours.

But Liz did explain what happened to baby Agnes to another character this season. She said that a nanny had been arranged for Agnes.

So, the mystery is solved but that doesn’t mean we won’t see Agnes again. And given her familial connections, we wouldn’t be surprised if someone uses Agnes’s existence as a leverage point sometime in the near future!