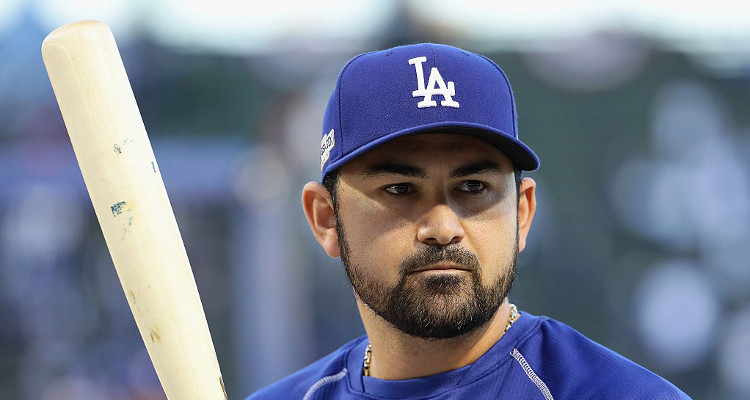 The Los Angeles Dodgers’ manager has told the media that their star player Adrian Gonzalez will be missing the entire season because of his back injury. This decision was reached after discussion with Gonzalez. He is currently spending time with his family and recuperating quietly.

Fans are of baseball player Adrian Gonzalez are really disappointed. That’s because the manager of the Los Angeles Dodgers had announced in late September 2017 that Gonzalez would not be on the Dodgers’ NL Division Series roster because of back tightness.

Adrian Gonzalez’s injury has plagued him all season, and he was expected to miss the entire postseason. But, who is Adrian Gonzalez?

Adrian Gonzalez is an American-born Mexican professional baseball first baseman with the Los Angeles Dodgers in Major League Baseball. Gonzalez is also known by his nicknames “A-Gon” and “Titan.” He is very popular with the fans, both on and off the field.

People who have missed seeing him in action this season have been asking, “What happened to Adrian Gonzalez?”

Keep reading to know all about Gonzalez’s injury and why he’s off the field.

According to reports, Gonzalez has a degenerative disk in the back that gives him terrible pain when he moves around. For this reason, he has been unable to play baseball with his team. Dodgers’ manager Dave Roberts had said that the decision to make Gonzalez sit out of the entire postseason was made mutually between him and Gonzalez himself.

Roberts said, “As I talked to him, and seeing how his back is and how he’s feeling, I was very disappointed. But I think right now, as it stands, we’re going to shut him down, so we don’t cause more damage, get him ready for next year, and expect him to respond to rest. If something unforeseen does happen to the active guys right now, we might try to revisit Adrian.”

Roberts also said that surgery to heal Gonzalez’s injury had not been considered, but he was keen on getting a second opinion.

Roberts said, “A lot of it is wear and tear. It’s manageable, per his (pain) tolerance, and is something that continually fires up. I’m hopeful, and I just want him to feel healthy.”

Many fans have been asking, “Where is Adrian Gonzalez?” after seeing him missing in the playoff games.

Manager Roberts has been saying, “Adrian is just resting. He’s with his family, and he’s preparing for next spring training.”

Hope for a Speedy Recovery

Here's my first round pick with the 8th spot @shadymccoy what do you guys think? #fantasyfootball

When Gonzalez joined the Dodgers, it was one of the most expensive trades in baseball. Adrian Gonzalez was traded to the Los Angeles Dodgers along with three other players for $11.0 million in cash on August 25, 2012.

On that very same day, Gonzalez hit a three-run home run against the Miami Marlins. Since then, he has never looked back and become one of the most valuable and important players for the LA Dodgers.

The Dodgers, their management, and their fans are all hoping that Adrian Gonzalez will recover soon from his back injury and be in peak form for the next season.

Also Read: Cody Bellinger Wiki: Everything to Know about the Dodgers’ Top Prospect