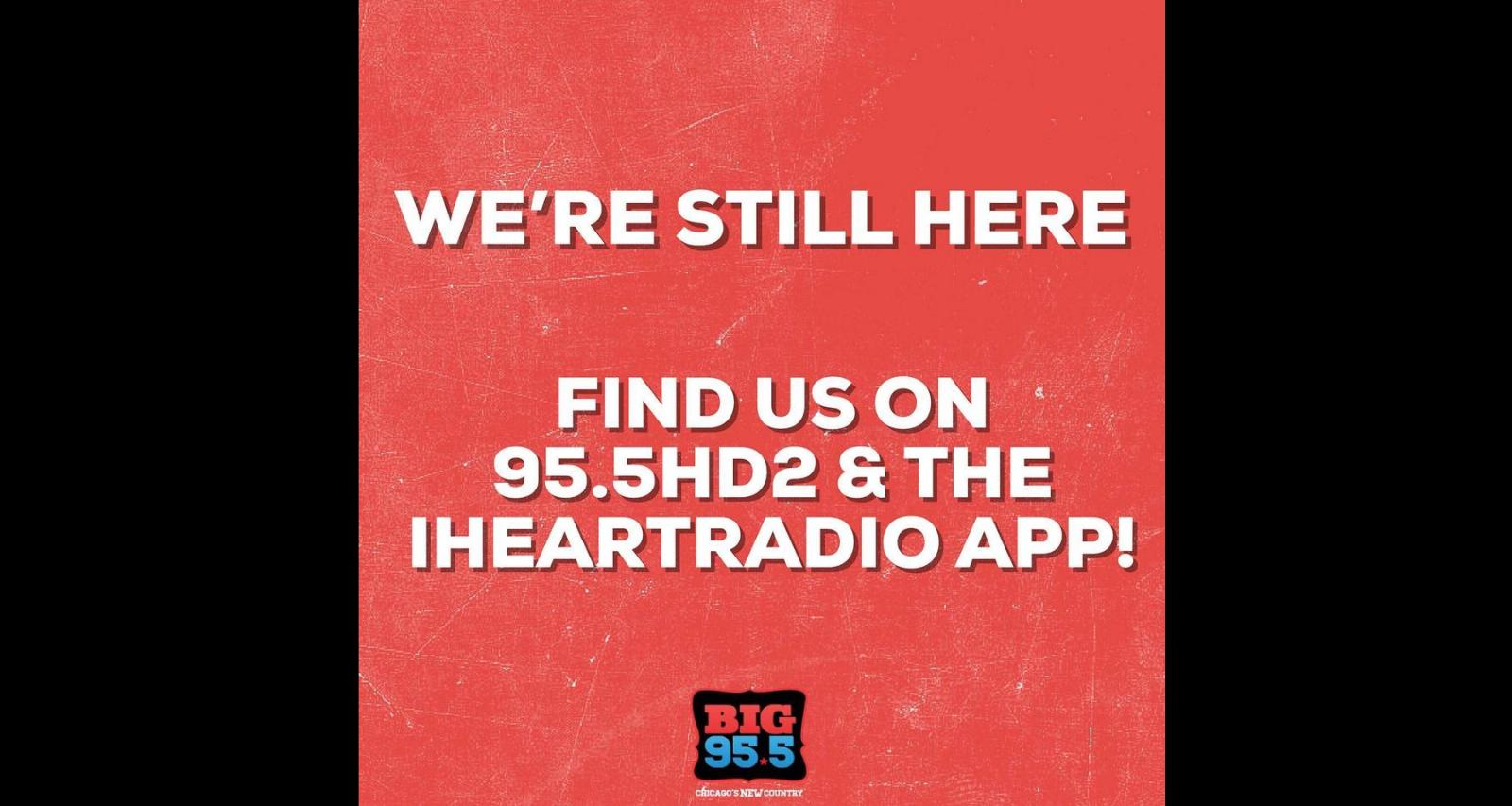 Listeners of the Chicago radio station Country Big 95.5 were surprised when the WEBG station changed its tune, literally. With a new name, “Rock 95.5,” the station blasted classic rock tracks by Metallica, Nirvana, Guns N’ Roses, and more. Regular listeners were surprised by this move and are asking what happened to Big 95.5. It so happens that iHeartMedia has turned its focus on bringing retro rock music back to Chicago.

Chicago’s rock listenership has been without a station since Cumulus Media’s classic rock outlet WLUP, “97.9 The Loop,” ended in March 2018. Now iHeartMedia has answered their prayers by rebranding the 95.5 frequency for rock listeners.

A statement by iHeartMedia reads as follows:

‘Our goal with ROCK 95 FIVE is to provide the music Chicagoland has been missing, a key soundtrack for a large lifestyle group,’ said James Howard, Regional Senior Vice President of Programming for iHeartMedia Chicago. ‘Our purpose is to be a driving force and a companion in the lives of millions of Rock music fans for years to come.’

‘I am thrilled to bring Rock music back to Chicago,’ said Matt Scarano, President of iHeartMedia Chicago. ‘These songs haven’t been played on the air for years. I am looking forward to hearing the soundtrack of our lives on ROCK 95 FIVE.’

The programming line-up will be announced later.”

The new program currently does not have a jockey. The station also has not revealed what happens to the Country Big 95.5 on-air staff, like Lisa Dent, Brooke Taylor, and Lance Houston.

The move reportedly comes after research showed that the want for nostalgic music like classic rock has grown since the pandemic. And the city had also been missing their rock music fix for more than two years.

Don’t Miss: What Happened to “The Kane Show”?