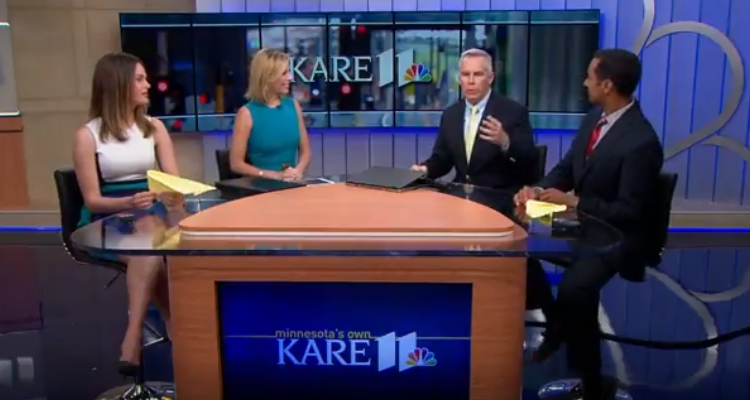 What happened to Tim McNiff? Faithful viewers have been wondering what happened to their trusty KARE 11 news anchor, and they want answers. It turns out that he isn’t sick and he’s not on vacation, either. He left his duties and is pursuing something else. Where is Tim McNiff going? We have everything you need to know about his surprising exit.

It was shocking for many to find out that their favorite Sunrise anchor was no longer on their TV screens every morning. As it turns out, McNiff, 55, will be taking on a different set of duties at the station by “launching a multi-platform news and sports digital series,” according to the station’s press release.

“Innovation is a constant in this business and the need to continuously create new content on all of our platforms is key to what we do,” said John Remes, KARE 11 General Manager. “Tim will be creating something we don’t have at KARE 11, or in the market.”

In a Facebook post from February, the anchor explained his exit and how his love of sports came into play with his decision.

McNiff  said, “Much of this content will feature sports, in terms of feature stories and breaking sports news, but I’m also going to be allowed to draw on my background in business and in the community, to profile people and events that are impacting our lives.”

“So, now I get to reset the alarm clock and go back to sports. I’ll get a first-hand look at the Vikings new facility in Eagan, sit in the press box for the first time at Target Field, reacquaint myself with some old friends, and help introduce you to a new generation of athletes and coaches in the area,” the anchor added.

Who Will Replace Tim McNiff?

There’s going to be big shoes to fill at the Minneapolis-based TV station, and you have already seen his face.

McNiff was replaced by Canadian news anchor Kris Laudien, a former Global News Calgary reporter! The Vancouver native is single, an avid skater, and is already making himself at home in the Twin Cities.

It’s not uncommon for fans to get attached to their daily news anchors or other TV personalities, especially since they see them every day and get to know them as part of their routine.

Tim McNiff stated that he wouldn’t be far from his Sunrise family and that he would pop in on them from time to time. But a fresh face couldn’t hurt the station’s brand—and it looks like Kris Laudien is the right fit for the job!