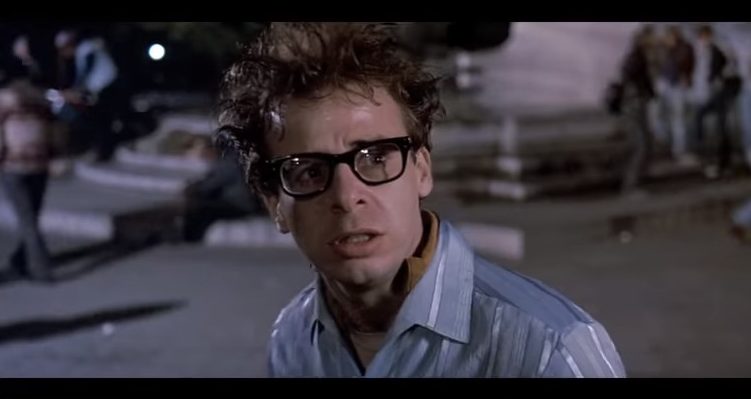 While Rick Moranis isn’t much of a very familiar face today, he is still remembered as a comedic genius for his unforgettable performances in the ‘80s and ‘90s. However, things changed after 1997, and he hasn’t appeared in a live-action film since then! No one seems to have heard much about him for over two decades. So, where is Rick Moranis now? Read on to find out.

Rick Moranis came into the spotlight in the 1980s in the sketch comedy series, Second City Television (SCTV). Later, he appeared in several Hollywood films such as Strange Brew, Ghostbusters, Little Shop of Horrors, Spaceballs, Honey, I Shrunk the Kids, Parenthood, My Blue Heaven, and The Flintstones.

However, the actor disappeared from the forefront in 1997 and hasn’t appeared in a live-action film since then! So, what happened to Rick Moranis? Where is Rick Moranis in 2018?

Get the scoop on what Rick Moranis is up to these days!

What Happened to Rick Moranis?

While Rick Moranis’ career was at an all-time high, his personal life was crumbling owing to his wife, Anne Moranis’ illness. She was diagnosed with breast cancer, but it had spread to her liver. Her condition worsened over time, and the had to take a break from his career to spend time with her.

Anne Moranis died in 1991, leaving Rick Moranis with the responsibility of raising their two young children.

For a while, the actor attempted to balance his professional and personal life. He continued his career as a comedy actor but was finding it difficult to raise his kids while doing so. Keeping in touch with his kids from airports and hotel rooms while traveling and making films wasn’t working out too well for any of them.

Rick Moranis took a hiatus from working in the film industry in 1997.

In an interview, Moranis revealed, “I pulled out of making movies in about ‘96 or ‘97. I’m a single parent, and I just found that it was too difficult to manage raising my kids and doing the traveling involved in making movies. So I took a little bit of a break. And the little bit of a break turned into a longer break, and then I found that I really didn’t miss it. In the last few years I’ve been offered a number of parts in movies, and I’ve just turned them down. I don’t know whether I’ll go back to it or not. I’ve been doing a lot of writing and a lot of parenting, and now I’m doing this.”

Although he refrained from performing on screen, Moranis has provided voice-over work during the past years for a few animated films, mainly for Disney’s 2003 movie, Brother Bear. He has also made appearances at fan conventions and released comedy albums.

Where Is Rick Moranis Today?

In 2017, Rick Moranis and Dave Thomas reprised their Bob & Doug characters at a benefit concert in Toronto. The event was planned so that the proceeds from the benefit would go towards caring for Dave Thomas’ nephew, Jake Thomas, who is who is paralyzed from the waist down after suffering from a spinal cord injury.

Moranis is currently living in Manhattan with his family. He is leading a quiet and happy life with his children and has no regrets about leaving Hollywood.

Rick Moranis went on to prove that indeed family does come first. While fame is said to be addictive, he gave up a well-established career just so that he could be a better father. Well, he’s the kind of person we should use as inspiration.