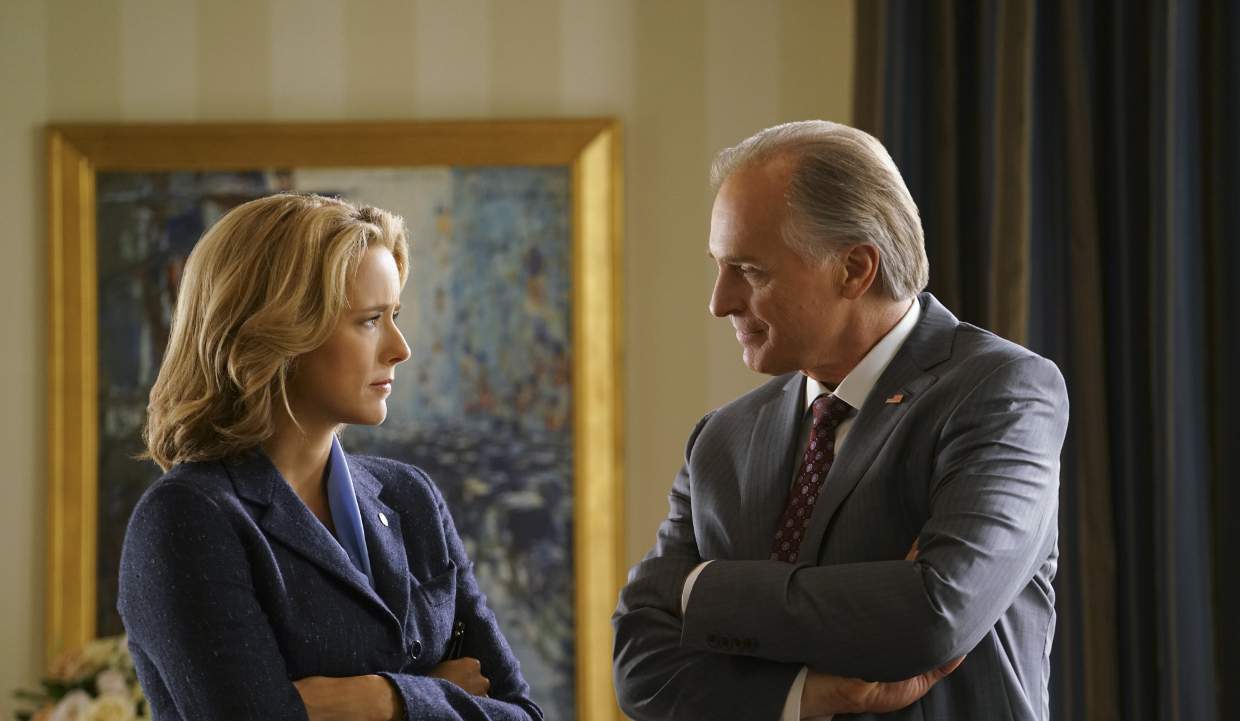 People were perturbed when they did not see President Conrad Dalton in the latest episode of Madam Secretary, which aired on March 11. They began wondering whether or not he was still a part of the series. Read on to find out all about President Dalton’s absence on Madam Secretary.

President Dalton (Keith Carradine) appreciates her apolitical stance, her aptitude for languages, deep knowledge of the contentious Middle East region, and her thinking in an innovative and fresh manner. With the constant trouble America is in, he needs it! So, what happened to Conrad on Madam Secretary?

Is President Dalton Out of Control?

Viewers may recall the last episode of the series which aired on January 14, 2018, before the long almost two-month break. It was called “Sound and Fury.” In it, President Dalton says that he is ready to issue a strike against Russia, and this threw everybody into a tizzy.

People start wondering if President Dalton had actually lost his mind! An international incident causes him to spin out of control, and this leads to speculation about whether Dalton is thinking properly. The questions keep piling up. Is Dalton out of his right mind? Is he really fit to serve?

The President Can Be Removed

Things get so bad that the main characters in the drama (including McCord) start thinking about the unthinkable. There is a provision in the Constitution that a president can be removed from office if he cannot function for any reason, including his health. However, it’s an option that no one wants to test.

McCord and the other leading figures in the administration start to discuss this possibility as they believe that the country is in danger, and they cannot find out the reason behind the president’s odd behavior. They are also aware of the fact that the president can replace anyone who he thinks is on a confrontational path with him.

Also Read: Why Did Bebe Neuwirth Leave “Madam Secretary?” Was It Time to Move On?

So, what happens next? Does the president get removed from the Oval office? Not really. While there is a vote to remove him from office, McCord and the others convince Dalton to have a doctor look at him. It is then that the source of the president’s irrational behavior is found.

A Tumor Did It!

President Dalton has a tumor that is causing his erratic behavior and it needs to be removed. While he is perfectly fine to continue serving, he needs to undergo an operation to correct some of the problems troubling him. So in his absence, his powers are transferred to the Vice-President Theresa Hurst (Jayne Atkinson), who in her capacity as acting president, will now make the final call on all matters.

However, this provision will last only until the president is back in good health, after which he will resume his responsibilities and duties and make the decisions on behalf of the country.

So, it doesn’t appear that Carradine is leaving the show yet. We may very well see him again as President Conrad Dalton. After all, with so many problems in the world to solve, President Dalton has his hands full. We are sure that nobody would hold it against him if he took a few weeks of well-earned rest!