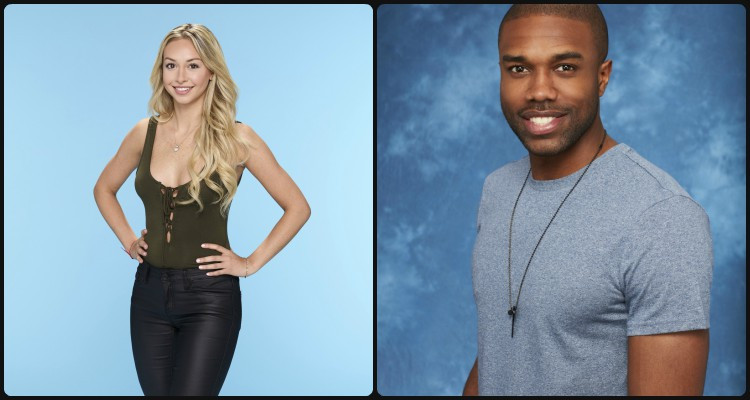 What Happened on Bachelor in Paradise?

On June 11, 2017, Warner Bros., the company that produces Bachelor in Paradise, released a statement saying, “We have become aware of allegations of misconduct on the set of Bachelor in Paradise in Mexico. We have suspended production and we are conducting a thorough investigation of these allegations.” The announcement threw the Internet into a frenzy with speculations and conspiracies being thrown left, right, and center.

The Bachelor in Paradise allegations of misconduct is said to have been between two cast members: DeMario Jackson and Corinne Olympios. LA Times reporter, Amy Kaufman, tweeted she was informed that Jackson and Olympios got a little too risqué on the first day of production, resulting in a producer suing for misconduct. Now, we know that Jackson is already a controversial dude. After his humiliating elimination from the Rachael Lindsay’s The Bachelorette Season 13, he is still managing to ruin his reputation. Seriously, that dude needs to calm down. And if these are publicity stunts by the 30-year-old then might we say it’s not doing him any good.

While ABC gave him another chance to find love, DeMario Jackson and his alleged drunken hookup with Corinne Olympios, of Nick Viall’s The Bachelor Season 21, might be the reason for Bachelor in Paradise‘s indefinite production suspension. The allegations of their involvement are further backed by Reality Steve who has been a reliable Bachelor spoiler. He tweeted a photo of most of the Bachelor in Paradise cast at a Puerto Vallarta airport. The caption revealed that the cast was leaving from Mexico to Houston.

Here's most of the cast at the airport an hour ago. Being told they're being flown to Houston. Still don't know what's going on pic.twitter.com/eNgGp0tyZ1

It is too early to jump to conclusions as neither ABC nor Warner Bros. has revealed anything about the details of their suspension. But it has to have been something drastically serious, considering a producer has sued the production company.

“Once the investigation is complete, we will take appropriate responsive action,” as said by Warner Bros. to The Hollywood Reporter.

The new season of Bachelor in Paradise has 16 men and women, and among them were two runner-ups from previous seasons, two returning Bachelor in Paradise stars, and four villains. The cast were flown down to Mexico to have the perfect backdrop to a summer of love. Although there needs to be a high drama quotient, there are certain rules and guidelines to abide by.

There’s no news on whether or not the legal issues will be a quick resolve, or if this is the end of Paradise. Fans are only hopeful that they will still get to see Bachelor in Paradise some time this summer.

The fourth season of Bachelor in Paradise was slated to premiere on August 8, 2017.