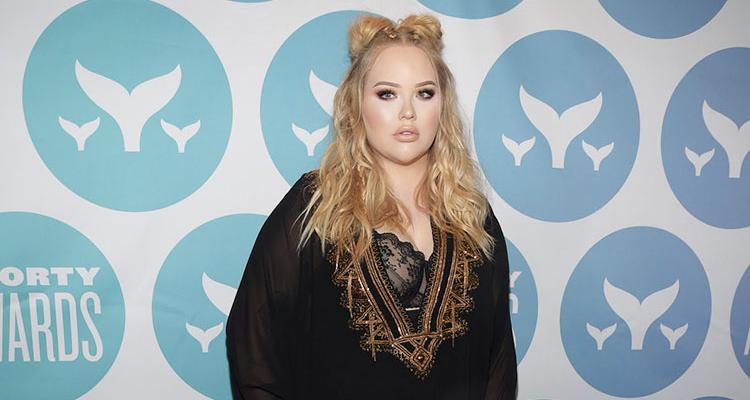 Nikkie de Jager, the host of Nikkie Tutorials on YouTube and Instagram, tweeted about the death of her little brother last week. This sad news has fans asking what happened to Nikkie’s brother Mikai. Was he sick?

Nikkie de Jager is one of the most popular beauty vloggers and social media stars today. She shot to fame by doing makeup tutorials, and frequently appears on the Kylie Cosmetics Instagram page. On May 24, 2018, Jager announced that her brother passed away.

Who Was Nikkie Tutorials’ Little Brother?

Jager is Dutch, and lives in the Netherlands. The 24-year-old became popular through her “The Power of Makeup” video back in 2015.

From there, she scaled new heights in social media, and was named the top beauty influencer in 2017.

She appears on Kim Kardashian West’s KKW Beauty page on Instagram, as well as posts new videos on her own page, which currently has 10.3 million followers.

Back in 2017, the 6’2″ starlet opened up about her personal life during one of her makeup tutorial videos.

She spoke about how her younger stepbrother was battling cancer. Mikai, 13, suffered from lymphatic cancer, which according to WebMD is a “cancer that begins in infection-fighting cells of the immune system, called lymphocytes. These cells are in the lymph nodes, spleen, thymus, bone marrow, and other parts of the body.”

The treatment for this type of cancer is rigorous and difficult.

Mikai went through chemotherapy when he was first diagnosed. However, despite being pronounced cancer-free, it returned in 2017.

In an emotional video, Jager expressed that her brother was doing chemotherapy again, and it was working. “They did do scans already, and they saw improvement,” she mentioned. “They saw that the tumor is shrinking again,” she continued, adding that there was still a long way to go, considering that this was the second time he went through chemo.

Mikai was loved, and his family took him on a vacation to Tenerife, Spain, where he wanted to visit a swimming park and fly.

Jager mentioned that Mikai was a spirited young man, who was positive about beating cancer a second time. “That little boy is the strongest person I have met in my life,” she expressed to her viewers.

Sadly, on May 24, 2018, Jager took to Twitter to announce that Mikai passed away. She posted a picture of him and captioned it, “to my biggest hero, Mikai, now you can finally rest.”

to my biggest hero, Mikai. now you can finally rest ❤️ pic.twitter.com/Fp2JTzIrqk

In honor of her little brother, Jager posted a tutorial of how to do rainbow brows, and said on her Instagram Stories that if there was anything Mikai was proud of, it was her career as a beauty vlogger.

An emotional Jager said on the photo-sharing app that her brother is somewhere up there smiling at her, which is why she will not going stop doing what she does.

today I’m trying to get my mind to editing + uploading my rainbow brows video.. if there’s one thing Mikai was way proud of, it was my channel, and he would want me to keep going. ?