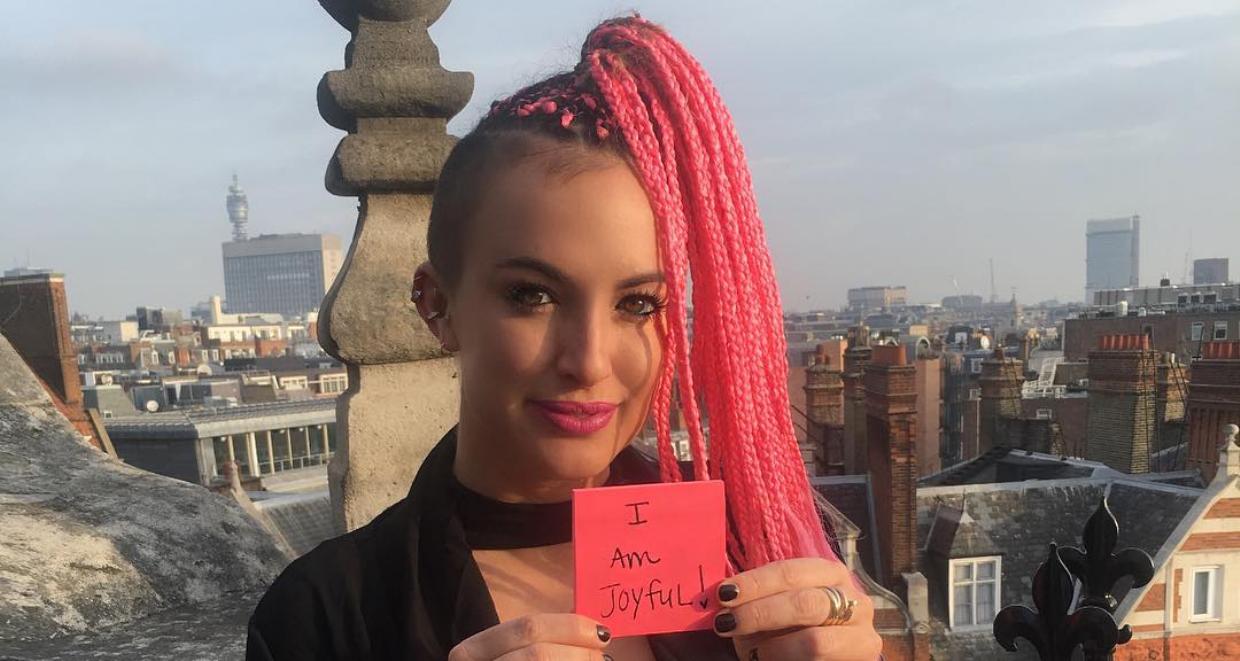 The cast of Southern Charm hasn’t seen much change in its lineup over the five seasons it has aired. Except, of course, that one memorable face we haven’t seen since season one. Jenna King boasted a strong love for the city of Charleston, the South Carolina city where the show is set. However, since the end of season one, Jenna and her faux hawk have been MIA. Where is Jenna King now?

What Happened to Jenna King?

Jenna King was unforgettable among her Southern Charm cast mates for her “not-your-typical socialite from Charleston” appearance. She sported a faux hawk, was dressed in punk-chic black attire, and wore sky-high Christian Louboutins.

She was dating a much older man and aspired to make it big in the fashion world. But her stint on Southern Charm was shorter than her signature hair.

It was revealed before the end of the inaugural season that Jenna wouldn’t be returning for season two. The burning question is…why?

It appears the travel bug hit Jenna. She left the show and South Carolina to travel. Wanting to experience a myriad of cultures, she went backpacking around the world. 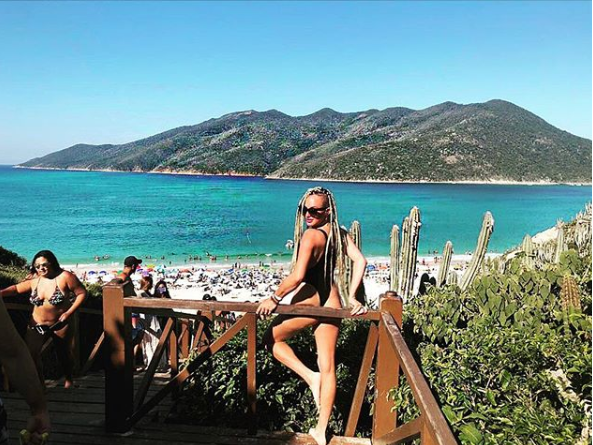 Jenna King Enjoying Herself at a Beach in Arraial Do Cabo (Photo: Instagram/jennaking143)

Her Instagram is filled with pictures from her trips to Austria, Belgium, Italy, France, and more. Most recently, she was soaking up some sun in Brazil. As of her latest Instagram activity, she’s in New York.

Jenna moved to Los Angeles, while her family still resides in South Carolina. Jenna continues to live a charmed life.

And her hair game continues to be lit. Since leaving Southern Charm, Jenna has switched from her short hawk to long dreads. Her dreads have been every color, from pink and blonde to green, magenta, and ombre. These days, she’s gone back to her shorter do, but this time it’s platinum blonde. Either way, she’s looking fab! 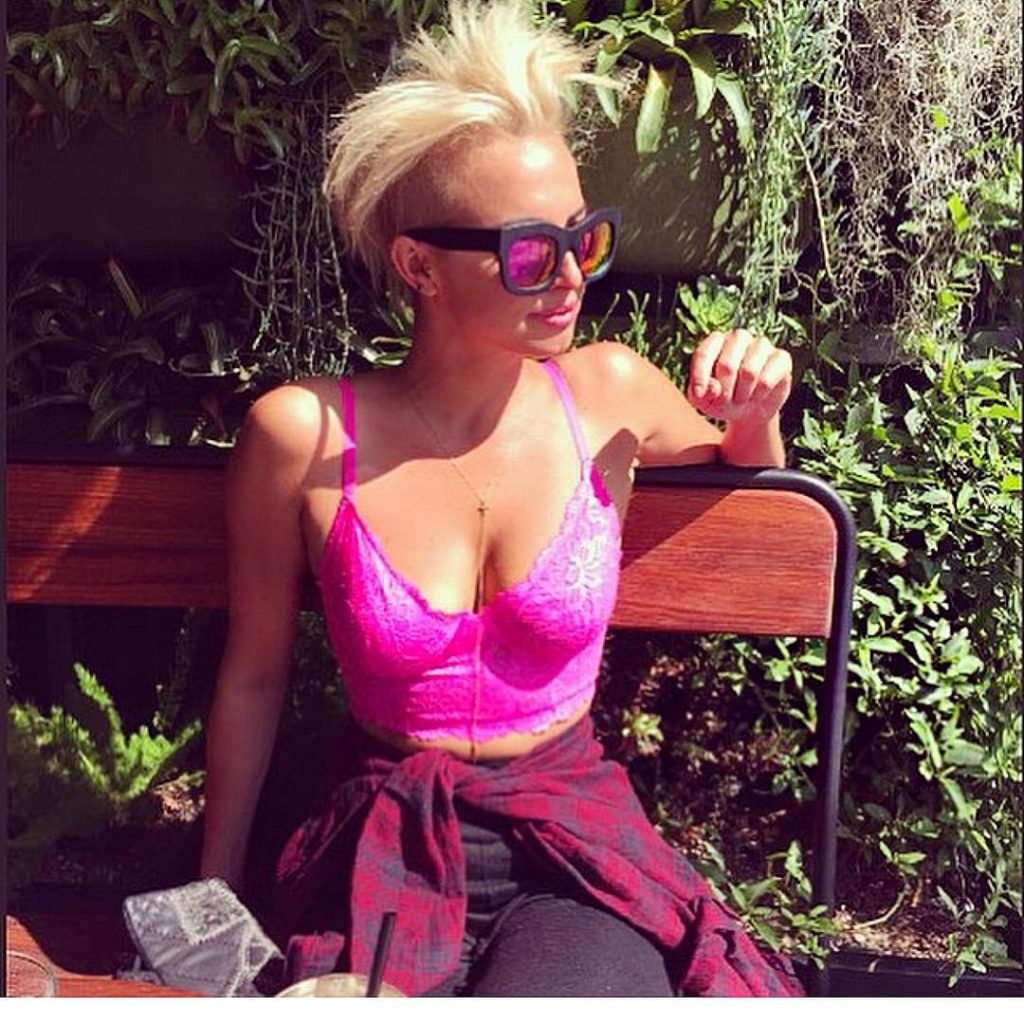 Back when Jenna King was on Southern Charm, she was always vague about her relationship and how she funds her expensive lifestyle. At the first reunion special, she said, “I’m really good at rolling the dice playing Craps.”

But she later came clean that the Louboutins were paid for by Louis “Lou” Ceruzzi, her then-boyfriend who she introduced on the show. Lou, as he was known among the Southern Charm circles, is a wealthy property developer…and married.

Yup. Jenna was reportedly having an affair with an older, married man.

In fact, Ceruzzi’s wife had no idea he was going to appear on the show. Though she did allege Jenna was a “gold-digger.”

But Ceruzzi has denied he was Jenna’s “sugar daddy.” And neither Jenna nor Lou have disclosed exactly how much of Jenna’s lifestyle was paid for by him.

When Jenna left the show, some truths came out. First off, Jenna’s humble beginnings were different from her cast mates’ old money background. In fact, it was later discovered that Bravo had constructed a persona for Jenna at the network’s expense.

She was never forthcoming about how she afforded her extravagant four-story home on Ashley Avenue. In reality, the historic abode was rented by Bravo for filming a few scenes. Jenna never really lived there or even filmed in that home.

Jenna also moved on from Lou after leaving Southern Charm. The older man claimed he hadn’t been in contact with Jenna for six months after season 1 ended. And there won’t be any reunion for these ex-lovers; Lou Ceruzzi passed way August 31, 2017 of a coronary problem.

In 2014, Jenna King dated Ronnie Radke, the lead singer of Falling in Reverse. But their matching hawks and tattoos didn’t keep the romance alive; the couple broke up in 2015.

Lately, she’s been linked to a woman named Janaina Devieira she’s often referred to as “wifey” in Instagram posts. But she hasn’t commented on the specifics of the relationship yet, whether they’re close friends or more than friends.

Her current relationship status may be a mystery and she’s not returning to reality TV anytime soon, but Jenna King continues to travel and live it up.

Related: Are Thomas and Ashley from “Southern Charm” Still Together?