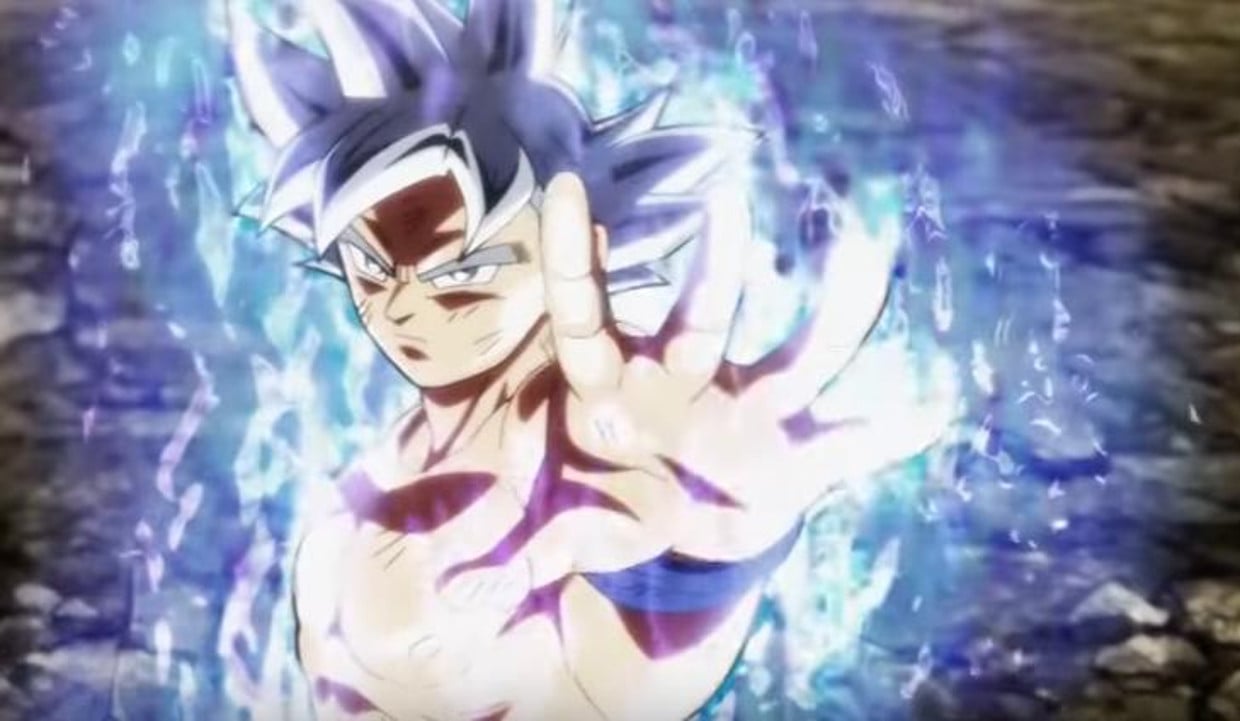 Dragon Ball Super Episode 130 just knocked us for a loop at the end! It’s all-out war between Goku and Jiren at the Tournament of Power, and the hype is too huge to contain. Get the lowdown on Dragon Ball Super’s most epic episode here.

Here’s the scoop from the penultimate episode.

Episode 130 takes off from the previous episode, where a silver-eyed Goku finally mastered the Ultra Instinct state. He’s able to withstand all of Jiren’s attacks and somewhat intimidate him.

The episode begins with a traditional stare-down, Dragon Ball-style. Goku and Jiren are glaring each other down before the real showdown begins.

Jiren counters Goku’s Ultra Instinct by leveling up his own power. But that “ultra” is prefixed for a good reason. Jiren is beginning to have a lot of trouble fighting Goku.

Although it doesn’t look good for him, Jiren is not ready to give up yet. With some very heavy words from Jiren, we go into flashbacks about his origins and why he’s obsessed with strength.

Jiren found power when his family was killed before his eyes. Vegeta believes that fighting Goku reminds him of that helplessness, and it’s amping up his power.

Jiren’s aura overflows from him in waves and is felt by the entire arena. The level-up Jiren is now able to suppress Goku’s Ultra Instinct.

Their battle goes back and forth with moments of Jiren overpowering Goku, only for our hero to reemerge from the dust again.

It’s getting tougher for Goku to take Jiren’s attacks. Ultra Instinct is a state that severely depletes the stamina, which means that Goku has to win before he’s completely drained.

The Saiyan is struggling against Jiren’s Ki blasts. But with the cheering from the gang, he wills himself to stand his ground.

Jiren is in a state of utter disbelief when Goku explains he can’t lose either. He says that he has the hopes of Universe 7 pinned on him, while Piccolo claims Goku is fighting for those who support him. (Excuse me while I wipe my tears after that heartrending moment.)

As Goku and Jiren resume their battle for the third time, the other characters reminisce all that Goku has done for them in a series of flashbacks. At this point, Jiren and Goku are engaged in a savage fistfight.

After another argument on their respective ideals, Goku blasts Jiren with a Kamehameha Wave, which seems to do the trick. The incapacitated Jiren is lying in a crater created by that blast and questioning why Goku doesn’t just finish him off.

However, the Saiyan tells him that he already knows why. The defeated Jiren asks to be thrown off the stage.

Goku is apparently about to adhere to Jiren’s wish when his stamina completely runs out. His body contorts, and he bleeds as the after-effects of Ultra Instinct take its toll on him.

Seeing the opportunity, Belmod orders Jiren to take out Goku while he’s down. Jiren hesitates, but the temptation of Super Dragon Balls does him in.

Declaring “Proud warrior, Son Goku. It is not my wish that our showdown ends this way but even though you will cease to be, you will forever live on in my memories,” Jiren says and seemingly defeats Goku.

But that moment is quickly overshadowed by the appearance of Freeza.

Android 17 makes a comeback as Freeza blasts Goku on to a rock. (Do you really have Goku’s back, Freeza?) Freeza’s return marks the end of the episode.

That leaves us biting our nails before the final episode of Dragon Ball Super.

Did Goku Get Eliminated?

Fans of Dragon Ball Super are upset that the episode ended on such a huge cliffhanger. Relax peeps! Before the finale airs, we’ve got closure for you here.

Goku’s not out of the running in the Tournament of Power. Although Freeza’s method is questionable, he really did help Goku.

Sure, Freeza knocked him somewhere out of the arena, but he’s still on the stage. Goku and Jiren’s fight had pretty much destroyed the arena. Our invincible hero lands on a happy piece of rock floating within the bounds of the stage.

So technically, Goku is not eliminated out of the tournament. This leaves him to regain his stamina while Freeza and Android 17 buy him time by fighting Jiren.

Episode 131 will be the final episode of Dragon Ball Super, and we’re sure Goku will emerge as the ultimate victor.

After the series ends, Dragon Ball Super fans can anticipate the new Dragon Ball movie coming in December 2018. And we’re sure it’s going to be a hit!