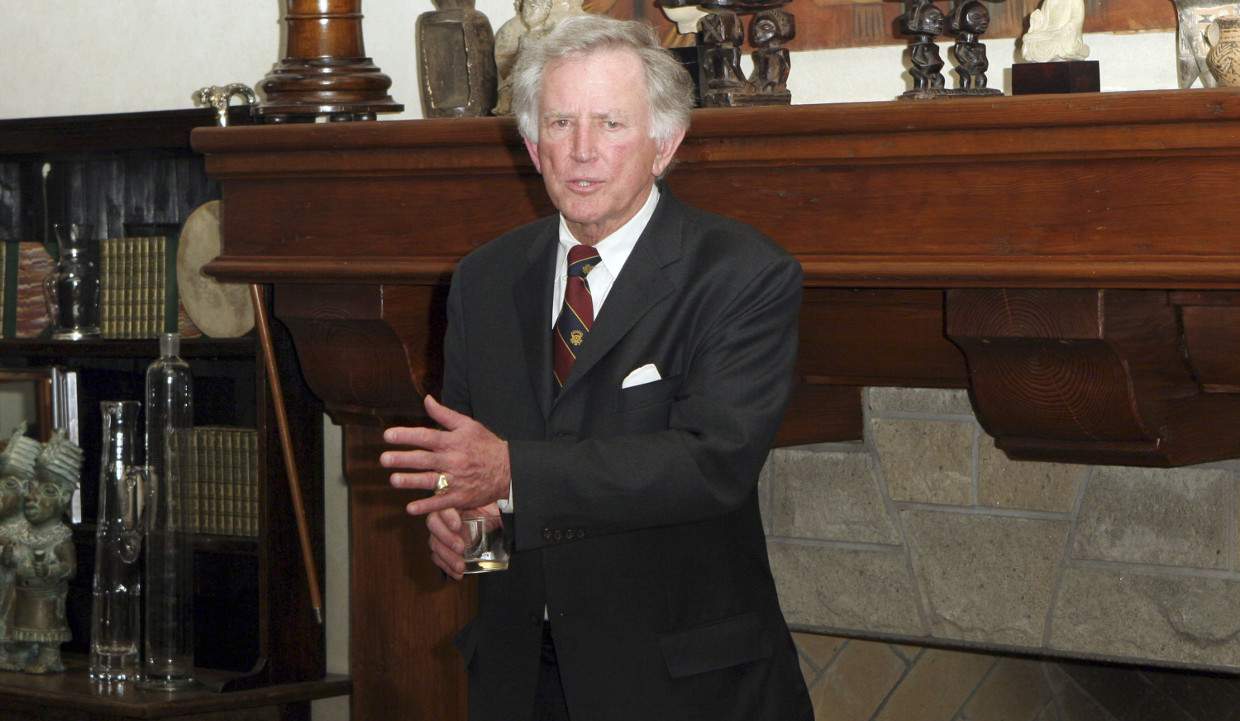 Gary Hart’s infamous 1987 sex scandal that ended his presidential bid is the subject of the new MSNBC documentary, This Happened: Sex, Lies & the Candidate. Where is Gary Hart now? The former Senator is not out of the political scene yet.

Former Colorado Senator Gary Hart was a presidential contender in the ‘80s. But a scandal damaged his bid for the Oval Office. So, what happened to Gary Hart? Where is Gary Hart today?

Although the scandal Hart endured is not uncommon, it went down in pop culture infamy. His failed presidential bid and the scandal that rocked it will be revisited in MSNBC’s This Happened: Sex, Lies & the Candidate.

Read all about how Gary Hart’s campaign crashed.

Gary Hart was the Senator of Colorado from 1975 to 1987. He sought the Democratic presidential nomination in 1984 but lost.

Hart once again sought to be the Democratic Party’s presidential nominee in 1988. He was initially a front-runner until his campaign went up in flames.

Married to Lee Ludwig since 1958, Hart was dogged with rumors that he was cheating on his wife. After an anonymous source tipped off the Miami Herald about an affair, reporters followed Rice and staked out Hart’s townhouse in Washington, D.C.

When a New York Times reporter confronted Hart on the alleged affair, he denied it and told reporters “to put a tail on me, go ahead.”

What Hart didn’t expect was that reporters would take his word for it. They dug deeper and uncovered his affair with model Donna Rice. Incriminating evidence included a picture with Rice on a yacht.

Rice and Hart reportedly met at a New Year’s party in 1986. Soon after, he announced his bid for president.

The duo denied the affair and claimed that Rice was merely a campaign aide. However, the scandal spread like wildfire. Their affair dominated news about his campaign and refused to die.

Hart’s crumbling campaign took a beating when he insisted that he didn’t do anything wrong. Instead, he sparked a debate with the press prying into his personal life and didn’t let the controversy die.

There were polls about whether Hart’s character flaws and marital infidelity made him bad presidential material or if the media was invasive in reporting on a candidate’s sex life. Most polls were in favor of Hart.

Nevertheless, his campaign was in turmoil, and he withdrew from the race in May 1987. After a brief vacation in Ireland, he re-entered the race in December.

Although Hart was a strong contender, another damaging story on a $1.3 million debt he owed to creditors invited more negative press. After only winning 5% of the votes in a Super Tuesday contest, Hart withdrew from the primaries.

Hart retired from politics but wasn’t out of the political limelight for good.

At 81, Gary Hart is far from done. He returned to private practice in 1988 while serving in other public roles.

Hart is also a prolific writer and penned a series of novels under the alias, “John Blackthorn.” Some of his most famous political thrillers include Sins of the Fathers and I, Che Guevara.

It’s believed that if it weren’t for Hart’s scandal, Republican candidate George H.W. Bush would never have become president. And, although both his bids failed in the real world, Stephen King did pen an alternate reality in The Dark Tower where Hart became president.

Hart’s still touted as one of the most intelligent figures in American politics. He gave valuable insight in 2016 into the changing faces of politics and why Hillary Clinton was an unpopular candidate.

The politician started a debate on whether the media was intrusive back then. He believes that’s the reality today, which has deterred more qualified people from running for office. In his eyes, that is the reason why we don’t have candidates of caliber today.

MSNBC’s This Happened: Sex, Lies & the Candidate will include how the Gary Hart-Donna Rice debacle changed the rules of reporting on the personal lives of political candidates.