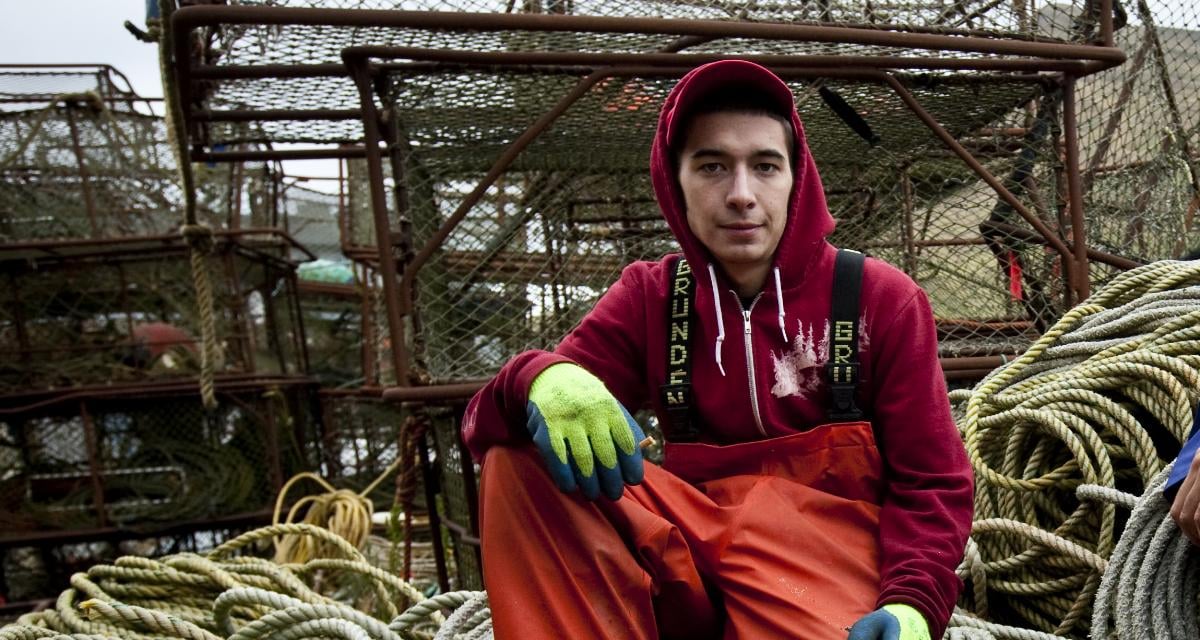 Season 14 of Deadliest Catch will be back on our screens in less than two weeks! The Discovery Channel reality show follows the adventures of fishing vessels in Alaska’s Bering Sea, and fans are super excited for its return. While the show will feature Josh Harris on board the Cornelia Marie, his brother, Jake Harris, won’t be making an appearance this season. Where is Jake Harris now? We’ve got everything you need to know, right here.

As stars of Discovery’s Deadliest Catch, the Harris family became famous among fishing enthusiasts in America.

Captain Phil Harris commandeered the Cornelia Marie, one of the fishing vessels that went out during the high-risk Alaskan crab fishing season. His sons, Josh and Jake Harris, often accompanied him on these trips.

After Phil Harris’ death in 2010, Josh Harris will be taking over for his father in the new season. But many fans want to know more about Jake Harris, who has not made an appearance on the show for a long time.

Keep reading to find out more!

The Deckhand on Cornelia Marie

Jake Harris comes from a long line of fishers. His father and grandfather were both fishermen, and Harris learned the art of cod fishing from his grandfather, Grant.

We first met Jake Harris as Captain Phil’s younger son. He became a deckhand on board the Cornelia Marie, the fishing vessel captained by his father.

Jake Harris’ appearance on Deadliest Catch also focused on him and his brother as they learned the ropes of the trade from their accomplished father.

Fans may remember Jake Harris’ intermittent rebellious streak while at sea. But he was also hardworking and loyal on these extremely risky fishing expeditions.

What Happened to Jake Harris?

Jake Harris had been struggling with drug abuse and had checked into rehab for drug addiction. During a 2010 rehab stint, he found out that his father had passed away, which only added to his emotional hardship.

Harris was back in the spotlight after an attack on him in 2016.

In November 2016, Harris was taken to the ICU after being robbed, severely beaten, and “left for dead” on the side of the road in Washington State. Two suspects were arrested in connection with the incident.

At the time, Harris’ brother took to Facebook and provided more details about the attack saying, “I have some terrible news today. My brother was jumped last night, and some individuals decided to beat him pretty good, which is a terrible, terrible thing.”

“I have located these people and talked with him— he’s in ICU right now. Some individuals beat him to the point where it cracked his skull from his forehead all the way back to where you would be balding as an individual. My brother is bleeding out of his brain currently,” Josh Harris said.

But Jake Harris’ woes did not end there.

In April 2017, Harris was arrested for car theft and possession of drugs in Phoenix, Arizona, according to TMZ.

According to reports, Harris took a friend’s car without her permission. And when he was tracked down, the authorities found Xanax pills and crystal meth in his possession.

Harris also failed to show up in court to face his charges. He could not be located, according to reports.

Where Is Jake Harris Now?

As the newest season of Deadliest Catch premieres soon, all eyes are on Jake Harris. So, what is Jake Harris doing in 2018?

While Harris seems to have disappeared from the public eye, his brother talked about him in a recent interview and said, “He’s still working on getting things fixed in his personal life.”

Josh Harris added, “That’s one thing that’s real sad: I’m currently the last Harris on the sea right now. But hopefully, there’ll be another one eventually. I think my brother is ready to pull his head out of his tuchus. If that happens, we’ll be here with open arms.”

Check out the trailer for the new season of Deadliest Catch.