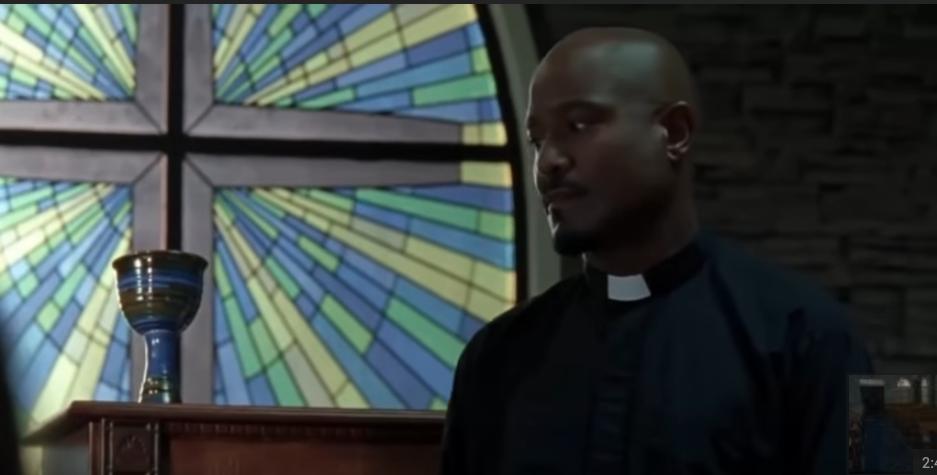 What in the zombie-clad world happened on The Walking Dead last night?! Or rather, what happened to Father Gabriel? The man of faith believes in miracles, but is he going to get one for himself? Keep reading to find out!

The good doctor Carson, along with our man of faith, Father Gabriel, had quite an adventure on last night’s episode of The Walking Dead season 8. Although the duo is not so like-minded, they set off to find their destination. However, things are not going their way and Gabriel just keeps getting sicker. How did Father Gabriel get sick? Did Father Gabriel get bitten?

Get the scoop on Father Gabriel’s death (or possible impending death), right here!

What Happened on The Walking Dead Last Night?

So, the latest season of the mega-hit zombie series is somewhat revived. While most fans are expecting the unexpected and not all that surprised with the outcome, this season has proven the opposite.

TWD has always been a TV show for people who love a little zombie-on-man action. And for those of you out there who dislike Father Gabriel (a man who looks to lead with nothing more than motivation in his pockets), you may be happy to know he is getting very sick.

After escaping Negan’s hellhole sanctuary, Carson and Father Gabriel find themselves in a map-less situation. All they know is that they need to get out of the woods and find a place to better shelter themselves.

Father Gabriel is going blind (his bloodshot eyes say so). Do you remember when he had slapped on a walker’s insides to protect himself from a hoard in a previous episode?

Well, Negan explained that some people are getting infected or affected by Zombies guts! So, we all thought that’s what happened to Father Gabriel.

Also Read: Who Is Jordan Woods-Robinson From “The Walking Dead”?

But there was a small revelation that Father Gabriel was sick from the flu. We repeat, the flu!

Let’s just hang on to the more theatrical gut infection for a little while longer.

So, now a partially-sighted Father Gabriel and Carson are trying their best to get unlost. And all the while, Father Gabriel is talking about faith and how God is going to lead them on the right path.

Carson, on the other hand, is not so much of a blind believer. But, he can’t help but follow Father Gabriel when the latter says he hears bells in the distance. Gabriel feels that it is a sign from God, guiding them toward the sound.

Did Father Gabriel Die on the Show?

Father Gabriel and Carson follow the sound, and hallelujah, they find a small cabin nestled in the middle of nowhere! They approach the house to find the owner inside, but he is dead in the bedroom. Then, a second miracle happens.

The duo finds antibiotics inside and Father Gabriel takes the meds for his “flu.” So, he’s probably not bitten at all in the first place!

We don’t how and why, but he accidentally breaks a piggy bank, and miracle number three occurs. They find a map and keys to a Jeep!

At this point, anyone would start believing in God! But that was nothing compared to what followed.

They might have thanked God way too soon for their survival. While on their way to the Jeep, zombies pop up from everywhere and things look pretty grim for Carson.

Father Gabriel, who is still dealing with blindness, grabs a gun and begins firing. He manages to shoot them and save Carson, who’s hurt his leg in a bear trap. Talk about great aim!

Also Read: Everything About Lennie James From “The Walking Dead”!

The gun show stops, the duo head to the Jeep, and that’s when the Saviors arrive. Why wouldn’t they, after they hear gunshots and everything?

Just when you thought that perhaps “God” has led them to safety, the duo is taken by the Saviors.

Carson is in deep pain from his injury but the Survivors shove the two of them into the back of their Jeep.

Father Gabriel is still hanging on to faith. He tells Carson that there is still hope and that God is still leading them.

This time, Carson believes him. But through the bloodshot tunnel-vision of Father Gabriel, Carson impulsively pulls out a gun from the pocket of a Survivor and tries to take things into his own hands. He is shot in the chest, leaving Gabriel’s faith shaken.

Goodbye Harlan Carson. Father Gabriel is taken away while he can’t control his sobbing.

So, if you thought even for a second that they had killed off Father Gabriel, then hold on to your horses! That one may take a while!