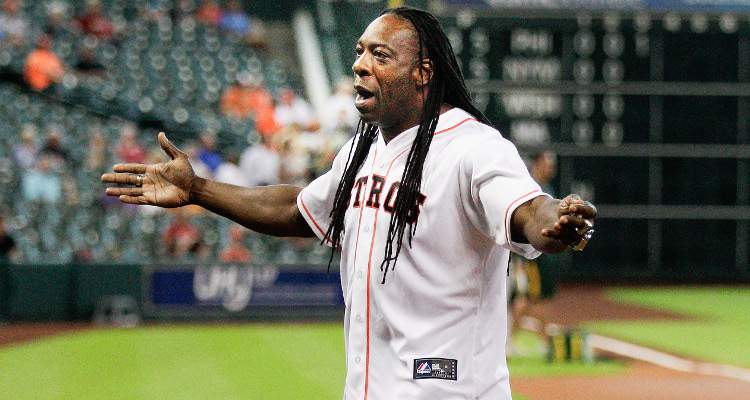 Where is Booker T? The answer lies in the past. If you have been a sucker for high octane action in the ring, you will surely know that Booker T was replaced by Jonathan “The Coach” Coachman and has a new job! Read on to know more.

Michael Cole and Corey Graves have a new buddy to share the screen with. Yes, Booker T is out and Jonathan Coachman, popularly known as “The Coach,” is back! What happened to Booker T on Raw? Is he stunned or happy with the decision? Read on to know the whole story.

WWE made the announcement both on their website, as well as on Twitter. They made it clear that The Coach was not only the newest member of Raw‘s announcing team, but that he is starting immediately.

Meanwhile, Booker T will go back to his previous position as a pre-show panelist and WWE ambassador.

Booker T leaves WWE Raw on a happy note, despite many thinking that there was an unceremonious firing. According to sources, there is no bad blood between the man and his successor. In fact, he even congratulated The Coach on Twitter!

He seems to be quite upbeat about his return to his old setup and team. Don’t believe us? Then check out his tweet that speaks volumes.

Congratulations to @TheCoachrules for being back with the @WWE! Couldn’t be more happy to be back on the PPV kickoff shows with my girl @ReneeYoungWWE! Aww shucky ducky quack quack is back!!!!! #DigIt

Booker T not being on Raw is a little shocking for those who loved his stint with the brand. But Robert Booker Tio Huffman knows the business quite well, and he’s not leaving the world of wrestling.

With his 21 titles, Booker T is one of the most decorated wrestlers in WCW history. This includes a record six WCW World Television Championships, and 11 WCW World Tag Team Championships.

During the 2015 premiere of Raw, Booker T replaced Jerry Lawler as commentator. He later became a full time commentator and Lawler moved to Smackdown.

Though many think that Booker T was fired, that does not seem to be the case. He is still with the WWE, just in a different capacity. In any case, we are sure that he and The Coach will do well in their new roles!