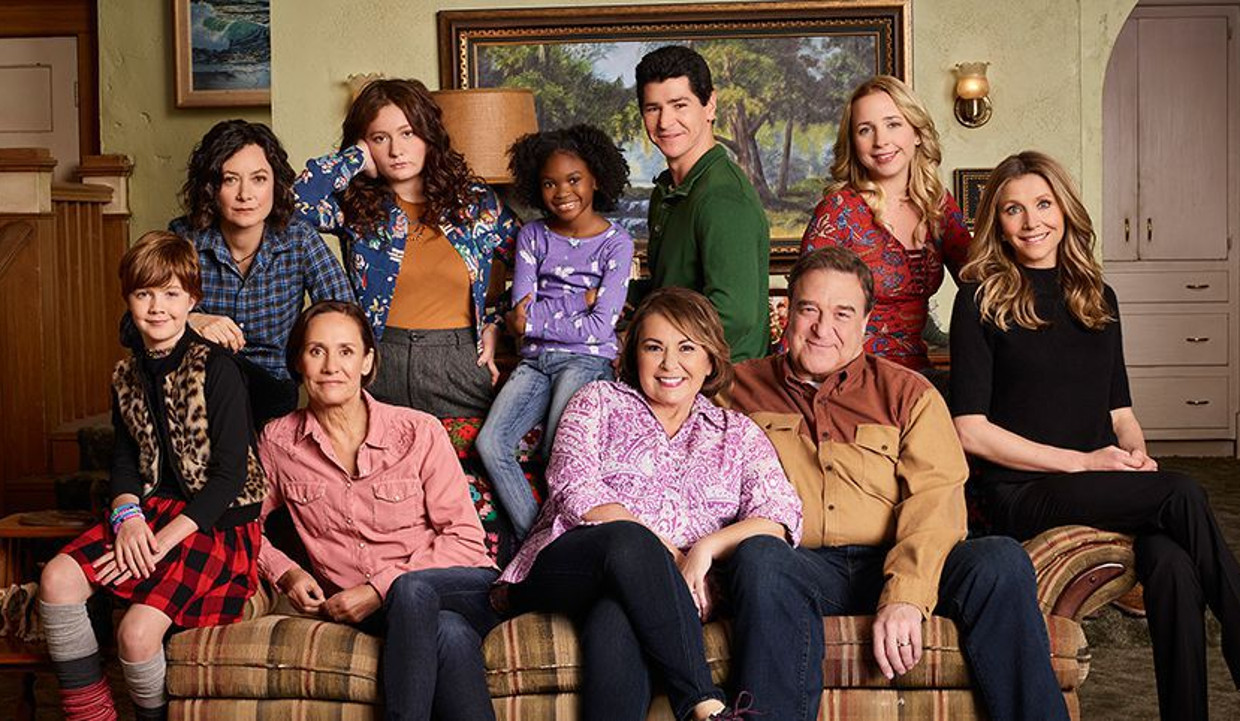 We are only four episodes into the newest season of the Roseanne reboot, but it feels like sitcom never left our lives! As fans get nostalgic, many are wondering what happened to Jerry Garcia Conner, Roseanne and Dan Conner’s sweet baby boy from the ’90s Roseanne episodes. Where is Jerry now? Keep reading to find out more.

Tuesday nights are Roseanne nights! The Roseanne reboot has taken over our screens, and die-hard fans of the show are loving every moment.

As we catch up on this popular television sitcom, we can’t help but wonder what happened to Roseanne’s youngest and most adorable cast member, Jerry, from the show’s original run. What is Jerry doing now?

We’ve got everything you need to know, right here!

The Baby on Roseanne

Jerry Garcia, played by twins Cole and Morgan Roberts, was born to Roseanne and Dan in the season 8 Halloween episode, in 1995.

Jerry made an appearance when Roseanne was in her forties after the couple struggled with fertility issues.

His birth on the show was weaved into the storyline to coincide with Roseanne Barr’s real-life pregnancy. Barr gave birth to her son, Buck Thomas, around the same time.

The new arrival was initially planned to be a daughter. But the plan changed as Barr wanted her on-screen baby’s gender to match that of her real-life baby.

Also Read: How Rich Is Comedian and Three-Time Divorcée Roseanne Barr in 2018?

Roseanne had planned to give birth to her son at a concert by Grateful Dead, a band which the Conners were big fans of.

Unfortunately, Jerry Garcia, the band’s singer, passed away before the baby was born! Paying homage to their favorite music artist, the Conners named their baby boy Jerry Garcia Conner.

What Happened to Jerry on Roseanne?

The last time we saw Jerry on Roseanne he was just a baby. So, is Jerry in the new Roseanne season?

We are sad to report that it seems like Jerry won’t be making an appearance in the show’s revival season. But we are hoping that the creators change their minds and decide to include him. How cool would that be?

Also Read: What Happened to Mark on “Roseanne?” The “Roseanne” Reboot Doesn’t Feature This Beloved Character

But for now, Jerry is “on a fishing boat in Alaska,” according to Barr.

Jerry’s name came up on last night’s episode. Roseanne shared her own struggles in the past with fertility and encouraged her daughter, Becky, to keep her hopes alive of having a baby.

Where Is Baby Jerry from Roseanne Now?

So, where is Jerry now? Obviously, Jerry is no longer a baby, and you’ll be surprised to see how he looks now.

The Roberts twins are in their early twenties now. (Feel old, yet?) It seems like they are no longer acting and are not very active on social media.

After a little digging, we found this picture of them on Facebook. Jerry is definitely all grown up!

We hope Jerry makes a comeback in future episodes of Roseanne. Until then, all we can do is sit back and enjoy one of our most favorite TV show reboots ever!