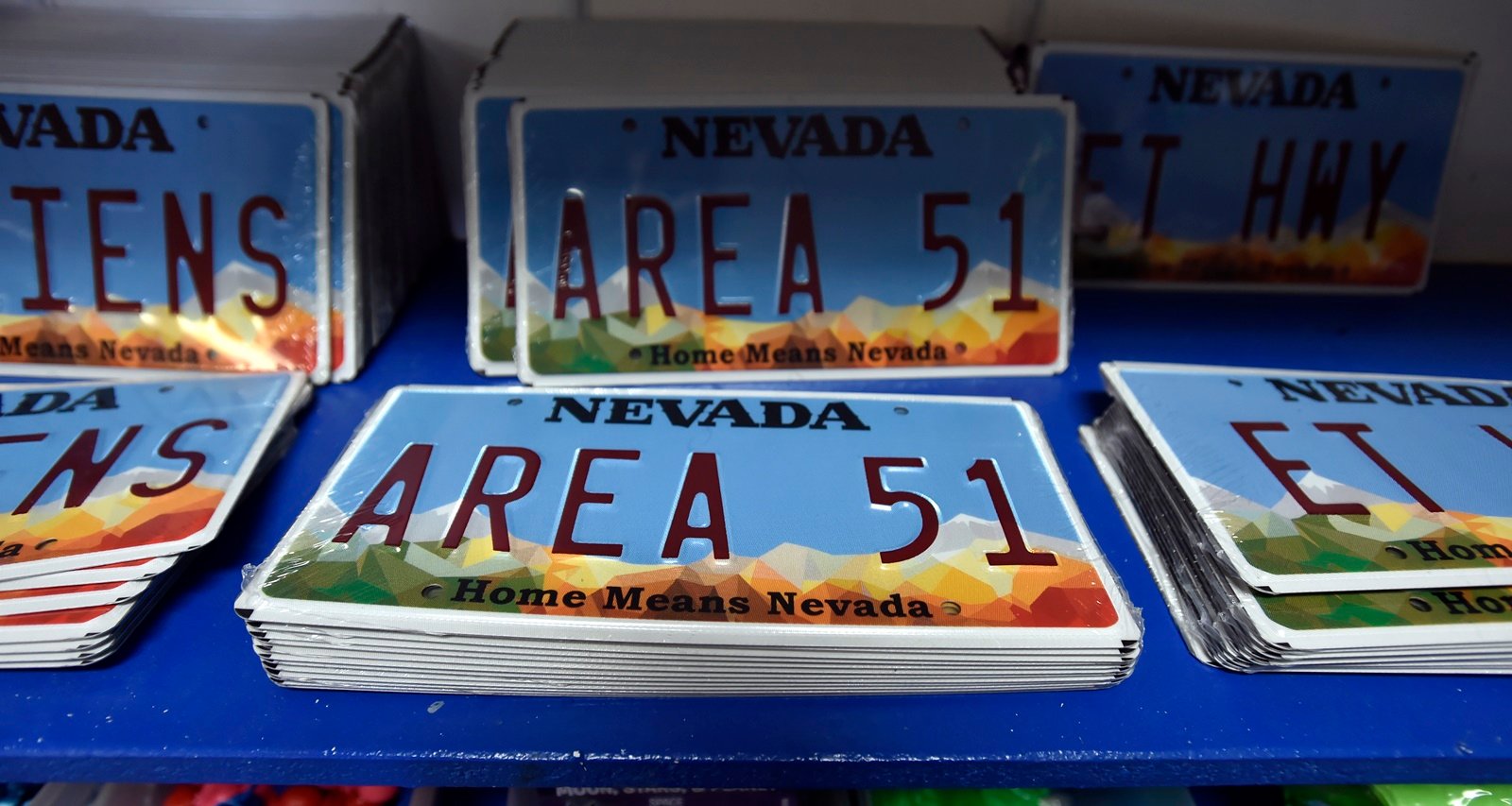 Alien and Area 51 themed gifts are displayed for sale at the Little A'le'Inn restaurant and gift shop on July 22, 2019 in Rachel, Nevada. (Photo by David Becker/Getty Images)

Unless you’re on a digital detox, there’s no way you’ve not heard of the Storm Area 51 event that went viral in July. After an Internet jokester posted a Facebook event inviting all curious Area 51 conspiracy theorists to invade the super-secret Nevada base on September 20, the event blew up. Millions responded, and even the U.S. Air Force and Nevada law enforcement had to warn against the alien-seeking raiders. With the date looming closer, what’s happened to the Area 51 raid? We’ve got the updates, and you’re not going to believe how huge this is!

California native Matthew “Matty” Roberts is the event creator who first posted the Storm Area 51 raid on Facebook that achieved meme glory in July. He invited all interested to end the curiosity about what extraterrestrial lifeforms are hidden in the top-secret Air Force base by storming it. He also suggested that the “Naruto run” would help them dodge bullets. (Spoiler: It won’t. Don’t even try.)

While the Facebook community, social media users, and even late-night hosts were hyped about this event, Facebook suddenly took down the page.

Roberts shared a screenshot of the email Facebook sent him saying that the event was taken down because it went against the platform’s community standards. He was not given any specific reason for it.

But Roberts responded to Facebook’s move by turning the tongue-in-cheek event into a real thing.

And it got real indeed! The Storm Area 51 event now has its own Wikipedia page!

A Top-Secret Festival, Alienstock, Is Replacing the Raid

Roberts came up with the idea for a music and culture festival instead, and posted about the real event on Facebook. However, that, too, was taken down. Nonetheless, there’s a real festival happening in connection to the raid.

The first-ever “Alienstock” will take place in Rachel, Nevada ahead of September 20. And it’s not going to be something catastrophic like TanaCon or Fyre Festival.

The Storm Area 51 raid not only got its own space in Wikipedia, but it also has its own website. On the website, you can buy tickets to a celebration party on September 19 and also get your hands on some hilariously cheeky geek-chic merch.

The celebration party on the eve of the raid is touted to be some kind of festival sponsored by Collective Zoo and Bud Light. Just like the extraterrestrial top secrets in Area 51, this festival hosted by the Downtown Las Vegas Events Center promises top-secret entertainment you won’t know about until the day itself.

It’s a free event and if you don’t get in, there are reportedly more events under the Alienstock banner scheduled around Area 51 on that day.

Local businesses are reportedly looking forward to the influx of visitors. The various websites with details on the party and parking have also provided details about food trucks at the venue. You can reserve a spot for your RV or book a meal from any of the creative Area 51-themed menus.

Roberts Has Backed Out of the Event

Nevada law enforcement is trying its best to deter anyone from actually attempting a raid on the base. Emergencies were declared and warnings were issued. But Alienstock is getting bigger and better. And becoming somewhat of a logistical nightmare.

According to one of the Alienstock organizers, Roberts pulled out of the festival in Rachel over concerns about permits and logistics. He was worried the town’s safety, infrastructure, and financial stability could be affected by the festival.

Roberts’ primary concern is the safety of the festivalgoers, especially after he received some horrifying messages after posting the event. Some people mentioned carrying firearms with them to the raid, which was originally just a meme-event. He passed all the messages on to the FBI to look into.

But it’s too soon to yell, “Fyre!” The organizers have already arranged for security, water, medical services, and clean-up. Additionally, food and entertainment vendors have already been locked in.

For real, though, Alienstock is a festival with awesome music, funny comedians, and good food. Naruto-running into Area 51 is nowhere on the schedule.