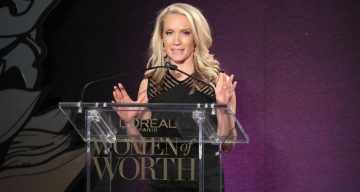 On July 31, 2018, Dana Perino lost control and called a man an “a**hole” live on TV while serving as a co-host on the talk show, The Five. Everybody was shocked at Perino mouthing a profanity because it was so unlike her, not to mention it happened on live TV! Perino was embarrassed to the core and even tweeted sorry to her mom! Everybody had a good laugh about it, except the man who got called out.

Fox News host Dana Perino from The Five said something wonderfully wicked that she should not have on air, during a segment on The Five on July 31, 2018.

Dana Perino is an American political commentator and author who served as the 24th White House Press Secretary under President George W. Bush during his second term. She’s also a book publishing executive for Random House.

Perino is a political commentator for Fox News as a co-host of the network’s talk show, The Five. But she is known to be so sweet that it was quite a shock when she dropped the “A-bomb” on Tuesday!

The 46-year-old has her own segment on Fox News called The Daily Briefing with Dana Perino, which started airing from October 2, 2017.

Perino broke the unwritten rule of not swearing on TV, especially when you are live on the air and have to set a high standard.

She and the other co-hosts of The Five were watching a news clip that showed a belligerent man bringing a gator into a convenience store and chasing customers around with it.

Even though the jaws of the gator were taped shut, the customers screamed in fear and tried to get as far away as possible from the man who seemed to be having a great time.

Perino broke cable etiquette as she was watching the footage and said, “Oh my Gosh. What an a**hole!”

Everybody, including her cohosts, were surprised at hearing the profanity coming from sweet little Perino!

The host herself was embarrassed at the comment she made and said, “He’s terrorizing people. No honestly, that is bad, and I’m sorry I just said that, but I mean.”

Although Perino is a grown woman, she felt like a kid who had broken a cardinal rule. So, she tweeted an apology to her mother and wrote, “I’m so sorry, mom @jan_perino.”

Katie Pavlich, another Fox News contributor, went on to say that she’s “never heard Dana say that before.” Laughter ensued among the five of them.

As they say, there’s a first time for everything!

Kavlich tweeted, “I was crying too! Hahaha.”

The Man at the Epicenter

And what about the man who got called an a**hole by Perino? Who is he?

His name is Robby Stratton, and he is from Florida. He was supposedly “blackout drunk at the time” of the incident.

Local news outlets reported that the authorities are investigating this incident.

Meanwhile, Dana Perino continues to be embarrassed by what she said on The Five on July 31, 2018. But even her co-hosts agreed, if anyone deserved to be called an a**hole, it was this guy!