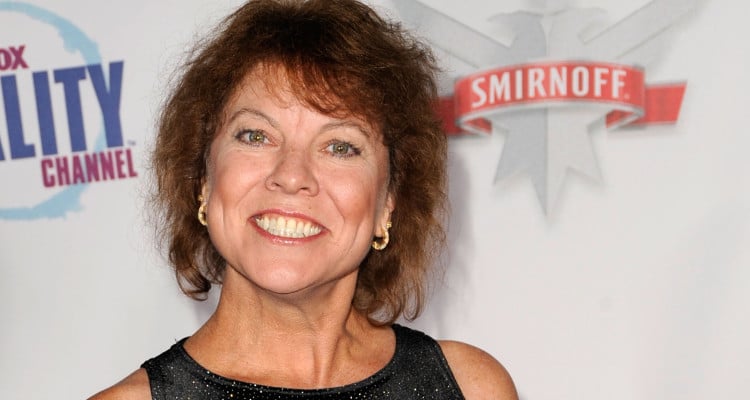 Happy Days actress, Erin Moran lost a battle to cancer and died on April 22, 2017. This was only discovered two days after her death. Did Erin Moran know she had cancer? What kind of cancer did Erin Moran have? We have the details right here.

On April 22, 2017, Hollywood lost another gem, Erin Moran. Her body was found on Saturday (April 22) and, according to authorities, there were no illegal substances present in her home. Erin Moran was famous for her role as Joanie Cunningham on the classic TV show, Happy Days. Unfortunately, the 56-year-old actress lost her battle to cancer and passed away in her Indiana home.

What Kind of Cancer Did Erin Moran Have?

Erin Moran had Stage-4 throat cancer that was diagnosed five months ago. The Harrison County Sheriff’s Office released a statement which read, “On Saturday the 22nd day of April, 2017, Erin Marie Moran-Fleischmann passed away at her residence located in New Salisbury, Indiana. A joint investigation into Mrs. Moran’s death was conducted by the Harrison County Sheriff’s Department and the Harrison County Coroner’s Office. A subsequent autopsy revealed that Mrs Moran likely succumbed to complications of stage 4 cancer. Standard toxicology tests were performed and the results are pending. However, no illegal narcotics were found at the residence.”

Before the autopsy reports were released, it was speculated that Erin’s past drug and alcohol troubles had come back. There were rumors that she may have died of a drug overdose, which have since proved to be wrong.

Also Read: Bette Davis Wiki: Everything to Know about the Historic & Iconic Actress

Did Erin Moran Know She Had Cancer?

UPDATE – Authorities have confirmed "Happy Days" star Erin Moran's cause of death. According to a statement released by the Harrison County Coroner’s office on Monday, a subsequent autopsy revealed that Moran “likely succumbed to complications of Stage 4 cancer.” Moran's co-star Scott Baio shared a tribute, following the sad news of her death: “May people remember Erin for her contagious smile, warm heart, and animal loving soul,” Baio wrote on his Facebook page on Sunday. “I always hoped she could find peace in her life. God has you now, Erin.” . . . . . . . #erinmoran #joanie #happydays #scottbaio #chachi

Sources close to the late actress revealed that Erin was undergoing chemotherapy and radiation treatment for her cancer. Actor Steven Wishnoff said, “She would go for chemo and would take her days to recover, she was already so weak.” Although Erin used to smoke, it has not yet been revealed if that contributed to her diagnosis.

Condolences from Her Costars and Friends

Rest in peace, #ErinMoran. The #HappyDays star passed away at the age of 56 on Saturday. Click the link in our bio to read #HenryWinkler's touching message about his late costar. ?: Getty Images

A post shared by Entertainment Weekly (@entertainmentweekly) on Apr 22, 2017 at 7:26pm PDT

After Erin Moran’s death, condolence tweets came flooding in from her costars and friends, including Henry Winkler, Scott Baio, and Ron Howard. Before the revelation of Erin’s Stage-4 cancer was made public, Scott Baio, Erin’s on and off-screen ex-boyfriend said, “I’m OK, a little shocked but not completely shocked that this happened. My thing is, I feel bad because her whole life, she was troubled, could never find what made her happy and content. For me, you do drugs or drink, you’re gonna die. I’m sorry if that’s cold, but God gave you a brain, gave you the will to live and thrive and you gotta take care of yourself.”

He has since apologized, saying, “I’m also trying to process this loss … I DID reach out to her over a span of 30 years. Please stop assuming the worse in me. I’m a compassionate person. I’m very heartbroken over her passing, especially since it was cancer.”