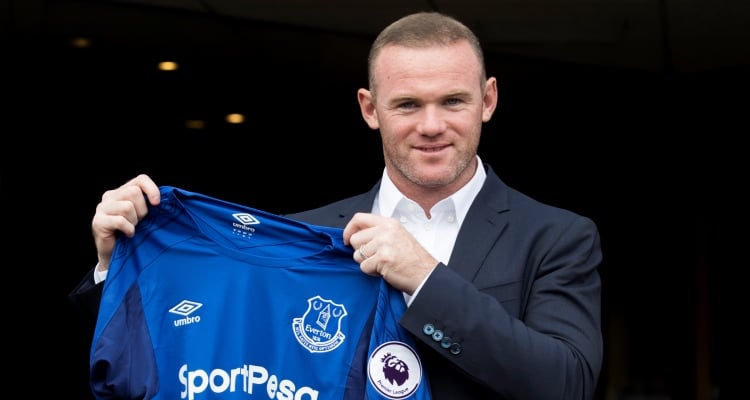 Former Manchester United captain, Wayne Rooney is making his first appearance on Thursday against Gor Mahia, and now soccer fans want to know more! People have been asking questions about Wayne Rooney’s contract and whether or not he’s still a star player. For more details, get a closer look with our Wayne Rooney wiki.

Wayne Rooney was born on October 24, 1985 in Croxteth, Liverpool, United Kingdom. For most of his career, he has been famous for playing for Manchester United and has been one of the highest-paid soccer players for the last decade, according to Forbes. The financial magazine also says that Wayne Rooney’s net worth is estimated to be $23.6 million as of this year and Wayne Rooney’s salary is reported to be $17.6 million, with $6.0 million in endorsements! Damn! The English soccer star also said he plans to retire in 2018, after the World Cup. (Well, he’ll certainly be well taken care of!)

You can search for Wayne Rooney’s shirtless pics all you want, but at the end of the day, he’s going home to his wife, Coleen Rooney! She’s an English product endorser and they have been married since 2008. They have three kids together: Klay Anthony, Kit Joseph and Kai Wayne. After the Wayne Rooney transfer from Manchester United to Everton, Coleen posted an emotional tribute on social media.

She tweeted: “The time has come to leave @ManUtd …. 13 great years at the club!! Thank you all for making our family so welcome and treating us so well.

“Many great memories, trophies won and friends made!! You have played a massive part of our lives which we will always remember. Thank you x [sic]”

She added: “Time for an new adventure at @Everton …were it all started!! Wishing Wayne lots of luck and most of all happiness at the club.”

Fans of the international soccer star were supportive and saddened by the move and commented on her post.

“No Coleen…. Thank You so much. He had your support all the time and that helped him on the pitch. Forever grateful.”

Who knew the soccer community was more like a real family? 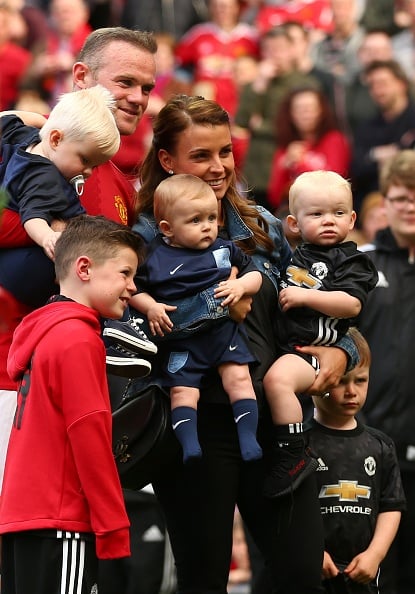 During Everton’s pre-season the English striker was given a special welcome dance by Maasai warriors on his visit to Tanzania. Rooney is set to wear an Everton jersey on his new team, starting at their warm up match. Local fans also greeted the soccer star by chanting “Rooney” as he got off the plane.

Touch down in Tanzania #EvertonInTZ ✈️???

He Knew It was Over

Many have criticized Rooney for switching teams, just as much as they have praised him for his overall skill. But the newly-minted Everton player recalled when he knew the clock had run out on his time with Manchester United.

“It was just a frustrating time. The hardest thing was lifting the two trophies,” Rooney said to The Mirror. “You don’t feel like you [deserve it] because you haven’t been part of the game. That was hard to do; you’re naturally happy because you have won but you don’t celebrate it as much.”

Just want to say a massive thank you to everybody at @manchesterunited. Thanks to the boards over the years, the managers and coaches I've played under, the staff I've worked with, the team mates I've played alongside, and finally the amazing fans that I've been lucky enough to have played for. Thanks for the memories ❤️

“It was around November I knew [I’d be leaving],” Rooney added. “I spoke to Jose [Mourinho] in January to see what his opinions were and he always said he wanted me to stay and help the team until the end of the season. I did that.”

He added: “I helped in the games he put me in but I knew I had to leave to move forward for my career. It was a sad moment because I had been at the club for 13 years but I had to think of my career as well.”