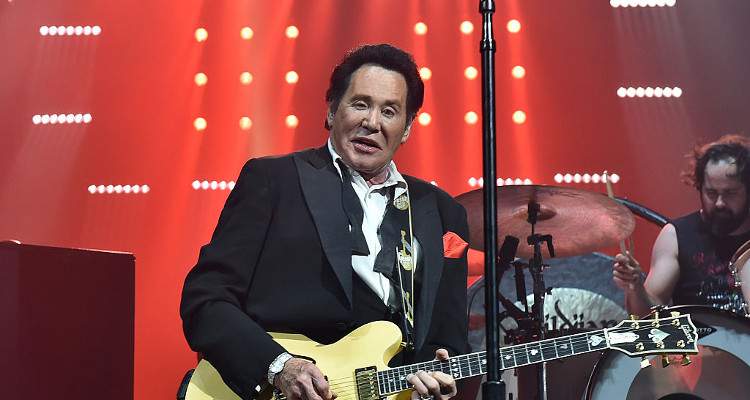 Wayne Newton started entertaining audiences with his singing and performances way back in 1959, and he still does it today in his inimitable style. There’s a reason why people nicknamed him “Mr. Las Vegas” and “Mr. Entertainment.” But, due to a series of bad business decisions, Newton lost most of his money and even had to relocate himself and his family from his palatial home. Thankfully, he kept performing and earned enough to live the life that he was used to. Wayne Newton’s net worth in 2018 is reportedly estimated at a whopping $120.0 million. And at 75, he still puts to shame the new kids on the block with his artistry.

You haven’t really experienced Las Vegas if you haven’t seen Wayne Newton perform. That’s how synonymous the singer is with the glitz of the city after having performed there for almost five decades.

Newton is also known by his nicknames “The Midnight Idol,” “Mr. Entertainment,” and “Mr. Las Vegas.” He performed over 25,000 solo shows in Las Vegas alone.

The entertainer’s financial situation has been a bit of a roller coaster ride. Newton declared bankruptcy in 1992 to reorganize an estimated $20.0 million in debt. However, he stuck to what he knew best —singing and performing— and amassed wealth again.

I know both those guys #Repost @triciamccrone with @repostapp. ・・・ Great Morning w/ "USO Celebrity Circle Chairman @waynenewtonmrlv " @usolasvegas celebrating the 75th Birthday of @theuso …!Wayne has done so much w/the USO and I am so fortunate to have gone into war zones with him to bring a "touch of home" to the brave men and women of our military. #SupportOurTroops

According to sources, Wayne Newton is worth around $120.0 million now. Even though he is 75 years old, he shows no signs of slowing down!

Wayne Newton’s Net Worth Compared to Other Artists

Some Wayne Newton songs that have endeared fans over the years include:

“Daddy, Don’t You Walk So Fast”

“Red Roses for a Blue Lady”

“The Little White Cloud That Cried”

“Dreams of the Everyday Housewife”

Newton lived in a palatial home, Casa de Shenandoah, in Las Vegas, which was open to the public on certain days. However, he moved out after his bankruptcy but later reached an agreement with the company that purchased it to turn it into a museum.

The Las Vegas property contains eight separate homes, a multi-car garage, marble interiors, a tennis court, a jumbo jet and terminal, 37 stables, and even an equestrian pool for horses.

Newton owns a jet, but unfortunately, it is not in working condition. He abandoned it at Oakland County International Airport in Waterford Township for over three years.

Wayne Newton’s jet is a Fokker F28 Fellowship that was once valued at roughly $2.0 million when it was in proper working condition. Over the three years, it racked up storage fees at the airport amounting to more than $60,000.

Newton finally moved his jet to Casa de Shenandoah piece by piece and had it reassembled there. It now sits proudly as a relic that can no longer be used.

The entertainer tried his hand at several business ventures over the years, but most of them failed to take off. He was sued by both his ex-employees, as well as others he had business dealings with, and had to go to court. However, Newton kept performing throughout those troublesome times and entertained people as only he can.

Despite his age and legal troubles, Wayne Newton was, is, and will always be Mr. Las Vegas.