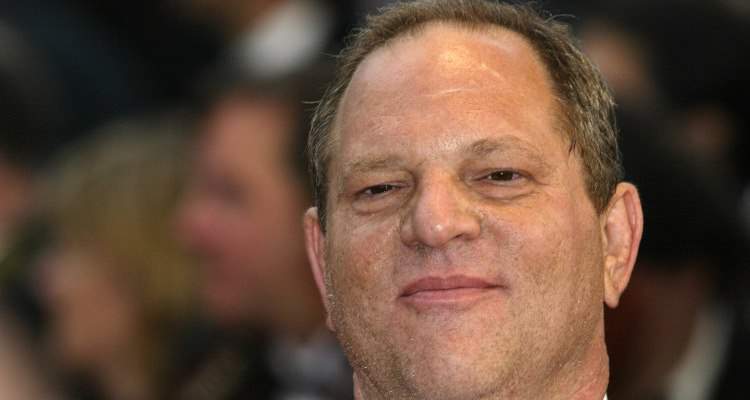 Oh snap! Just when the disgraced movie mogul thought he was out of the news and the dust was clearing, Harvey Weinstein gets slapped! Who slapped Harvey Weinstein? That’s what everyone wants to know, as the popular video is quickly making its rounds online! We’ve got the details on the story here!

The Harvey Weinstein slap video is all anyone can talk about, and for many, it may have been considered well-deserved and long overdue. While out at dinner at Elements restaurant in Scottsdale, Arizona, Weinstein, 65, was seen in a stained gray shirt eating out with his sober coach, on Tuesday night. When Weinstein got up to leave, a stranger named Steve, gave him two back-handed slaps to the left side of his face! While slapping him, Steve said, “Get the f–k out of here … you’re a piece of s–t. Get your f–king ass out of here.”

Despite what some people have heard, no punches were thrown and Weinstein alleges he wasn’t drunk. In fact, the man Steve was caught in a lie regarding the situation; initially, Steve stated that he went up to Weinstein to ask him for a selfie, to which Weinstein declined, and that he was rude and drunk. But later released audio actually reveals a very cordial conversation between the two, with Steve even commending him for his work in movies. According to staff at the restaurant, Weinstein politely declined a selfie as he was in the middle of eating dinner. They even went as far to say Weinstein was “sweet.”

So, what was it that set Steve off? According to the audio released by TMZ, there was no heated exchange leading up to the outburst and the slaps to Weinstein’s face. The video shows Weinstein and his sober coach walking away, headed toward the nearest exit as soon as the conversation begins to get too confrontational. At one point, you hear Steve say something in reference to women. It’s hard to make out clearly, but it sounds like “You’re a piece of s–t for what you did to those women, get the f–k outta here.” It possible Steve was standing up for the women Weinstein has hurt, but that begs the question; why be friendly with him to begin with?

According to reports, Weinstein will not be pressing charges following the incident. You can watch the video of the entire incident here:

On the heels of being slapped by a total stranger, Weinstein is also being slapped with divorce papers! His estranged wife, Georgina Chapman, 41, has filed for divorce and reportedly wants out as soon as possible. According to People, a divorce settlement has been agreed on, but they have yet to file in court. The fashion designer and soon-to-be ex-wife could walk away with $12.0 million, thanks to the estranged couple’s prenuptial agreement! According to People, “Chapman was set to receive $300,000 annually in spousal support for their first nine years of marriage. After 10 years, that number jumped to $400,000.”

“The prenuptial agreement also covered their marital assets, with Chapman receiving $250,000 annually for the first five years, and $700,000 per every additional year. For a housing allowance, she will get $25,000 per month of marriage.”

“My heart breaks for all the women who have suffered tremendous pain because of these unforgivable actions. I have chosen to leave my husband. Caring for my young children is my first priority and I ask the media for privacy at this time,” Chapman said previously in a statement to People.

Although they have been separated since October, Chapman and Weinstein’s 10-year-anniversary was marked on December 15, 2017.

Weinstein has been in Arizona for rehab since the scandal broke and has been accused of sexually misconduct with roughly 84 women, so far.

The disgraced mogul also revealed previously that he supported his wife’s decision to leave him in the wake of the high profile scandal.

“I support her decision, I am in counseling and perhaps, when I am better, we can rebuild. Over the last week, there has been a lot of pain for my family that I take responsibility for,” Weinstein said.

“I sat down with my wife Georgina, who I love more than anything, and we discussed what was best for our family. We discussed the possibility of a separation and I encouraged her to do what was in her heart. I understand, I love her and I love our children and hopefully, when I am better, I will be in their lives again.”