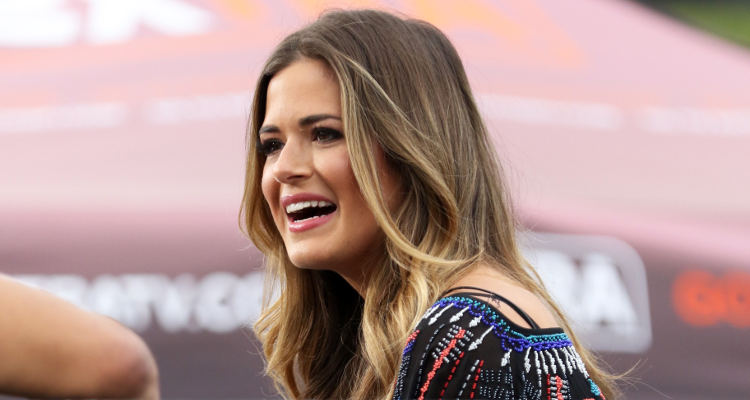 So, who gets JoJo Fletcher in the end? People have waited so long to find out! Tonight they will find out who gets to walk out into the sunset, hand in hand with JoJo. However, there are many viewers who can’t wait until tonight to find out who is going to win? These are the people for whom the Almighty made Reality Steve. So, who is Reality Steve? Reality Steve is actually a man named, Stephen Carbone! Carbone is a San Francisco based blogger, who has shot to fame by acting as a spoiler for reality shows. Carbone was a sports radio broadcaster until 2003 when his career as a reality show spoiler began inadvertently.

In 2003, he made fun of the series, Joe Millionaire in a weekly email to a couple of friends. This email caught on and morphed into a widely distributed newsletter. This is how Carbone started his blog, RealitySteve.com. Carbone started by recapping shows like, The Bachelor and The Bachelorette and then started publishing spoilers of the shows. He gets his information from a vast army of fans. People from all corners of the world access the internet who send him vital information that other would not have known. Steve says he doesn’t go out asking for information from anyone. However, he is confident that his fans will send him the scoop on the show’s contestants.

For the Thrill of Writing

Carbone insists that he isn’t some dark, evil figure sitting behind his computer putting a spanner in everybody’s works. Far from it. He doesn’t get a high by being a spoilsport. For him, it’s the thrill of writing that makes him do it. He says that even though he plays the spoiler and predicts the end successfully almost every time, he isn’t doing it to wreck the show. He says that it’s the drama of the show that really matters. It’s the journey that really matters not just who wins. Not everyone agrees with him. If you are one of them then stop reading this right now because Carbone has revealed who gets JoJo in the final episode tonight. Don’t say we didn’t warn you!

Robby Hayes and Jordan Rodgers have been competing with each other for weeks to be the one who JoJo selects. Now, they are just hours away from knowing who gets the girl! Carbone has already outed the winner but we will come to that later. Both Robby and Jordan are lucky to have gotten this far. Many people believe that JoJo said goodbye to several guys who were better men than these two. There are some controversies surrounding both Robby and Jordan that have kind of put a black mark on the two. Robby has been accused of dumping his ex-girlfriend to come on the show. Some say Robby came on the show just to become the next Bachelor though Luke Pell is reportedly the favourite.

Jordan isn’t squeaky clean either. He has been accused of coming on the show just to get famous. There are rumors that he cheated on his ex-girlfriend and still has an account on a dating app. So, who is the lucky man tonight?

The Winner Takes All

If you believe Reality Steve, it is Jordan Rodgers! That’s right. After all these days of meeting so many interesting men, JoJo finally selected Jordan to get engaged to. So it’s goodbye Robby tonight. Jordan gets the girl at last. How long JoJo and Jordan will stay together is something Reality Steve has an opinion on. However we won’t play the spoiler on that! We told you the end result so it’s okay to watch The Bachelorette finale spoilers.