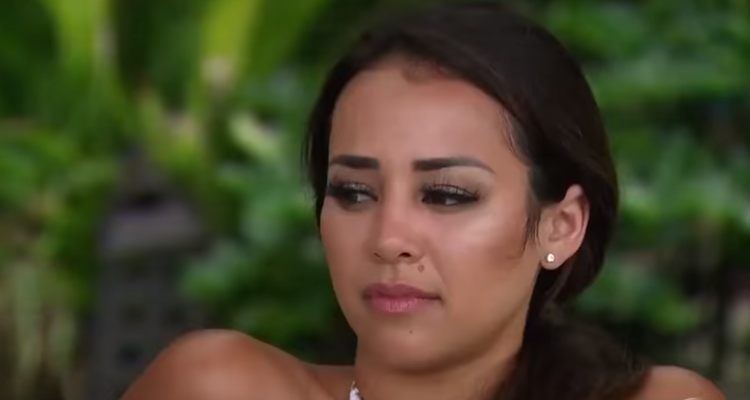 Is Bachelor in Paradise On Tonight?

The season 4 finale of Bachelor in Paradise is scheduled to air Monday, September 11 at 8:00 p.m. EST on ABC. The specific Bachelor in Paradise channel in your area will vary, so be sure to check out your local TV Guide listings to find out where you can catch the finale.

This season of Bachelor in Paradise had its fair share of drama, fights, tears, and—you guessed it—love. While the drama seemed to eclipse the romantic purpose of the show at times, love did prevail in the end—but we’ll get to that later. First let’s take a look at two of the most problematic guests on the show.

Emily and Haley Ferguson recently sat down with Us Weekly at the end of summer “Bachelor Party” in Santa Monica to talk about their experience on the show, and what they thought about how they were portrayed. These twins gained quite a bit of attention for their short-lived appearance on the show, mainly because of the controversial remarks they made about other people in the house.

Initially, they were excited to go back to Mexico for another shot at finding “the one,” but claimed they weren’t clear about when they’d be appearing in Paradise, in relation to when everyone else showed up. “We thought we were going to be [arriving] in the middle. So that’s why I was excited about going,” Emily told Us. “The end is kind of just a disaster, because everybody’s coupled up. I definitely don’t think we would have gone if we knew we were the last. It’s too hard to consider getting into a relationship. I mean, I think everybody had their eyes set on Dean but I think we dodged a bullet there.”

So, clearly they were a little bitter about not having a chance with any of the guys in the house before they coupled up. But did that warrant the awful things they said abut Danielle Lombard and Taylor Nolan? Probably not, but they claimed they were just being funny. “If you know our personalities at all, you know that everything we were saying was meant to be lighthearted. We often times will often just make jokes, like, ‘Oh, you wh—e.’ Like, I don’t think people … It got perceived the total wrong way,” said Emily.

With all the drama aside, it seems like two guests in Paradise were able to find love. *Spoiler alert* This season ends with Derek Peth proposing to Taylor Nolan with, what we may add, is a stunning ring! While the couple hasn’t come out and confirmed their engagement yet, a source reportedly told Us Weekly that, “Derek and Taylor got engaged last night. No one knew Derek was going to propose. He gave her a Neil Lane ring.” We’re not exactly sure how Peth popped the question, but one thing’s for sure—we’ll be tuning into the finale to watch it happen!

To see the Bachelor in Paradise 2017 finale, tune into ABC tonight at 8:00 p.m.m EST to watch it all unfold!