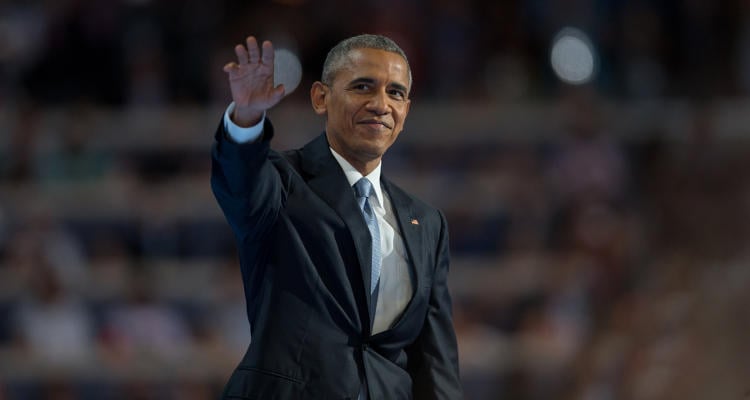 President Barack Obama has been criticized many times, just as every U.S. President has been in the past. It comes with the job, as being in the public eye is bound to stir up opinions. However, no one has brought his parentage into the picture, and that’s  exactly what Philippines President, Rodrigo Duterte did by referring to Obama as a “son of a b***h,” just before their scheduled meeting on Monday. The U.S. has hit back to remind Duterte that he cannot cross the limits of decency and diplomatic protocol, no matter how angry he is. Just watch the Philippines President abusing President Obama video and see for yourself how low the man has fallen.

It all started with Obama laying down the agenda for his meeting with Duterte, which included the extra-judicial killings of drug dealers without proper legal proceedings. Duterte reacted angrily to this. His exact words were “Who does he think he is? I am no American puppet. I am the president of a sovereign country and I am not answerable to anyone but the Filipino people. Son of a bitch, I will swear at you.”

This has angered and disappointed President Obama. Obama has worked hard to build a good relationship between the Philippines and the U.S. The strategy has been to utilize the Philippines as a counter-balance against China. Obama has visited the Philippines twice in his second term. He has said that the U.S. will build a military presence at a critical naval base in the South China Sea.

As expected, Obama has taken action against Duterte. The White House has canceled the bilateral talks between the two leaders. Obama and Duterte were supposed to meet in Laos this week, but now it has been called off by the U.S. However, Duterte’s spokesman says that ‘the meeting has been mutually agreed upon to be moved to a later date.’

Faced with stern American action, Duterte has now softened his stance. In a recent statement, he expressed regret that it came across as a personal attack on the U.S. President. Other sources now say that Duterte was referring to the journalist, who’s questions instigated his offensive response. Duterte says that he is looking forward to ironing out the differences arising out of national priorities and perceptions. We wonder what changed his tune?

However, it is unlikely that Obama will change the agenda, especially regarding the suspected extra-judicial killings. The Philippines has always had a dismal human rights record and now this latest round of killings has created a big rift between the two nations. President Duterte has been known to make outrageous remarks, as he has done so in the past, as well. It remains to be seen how the U.S. will tackle this foul mouthed leader.