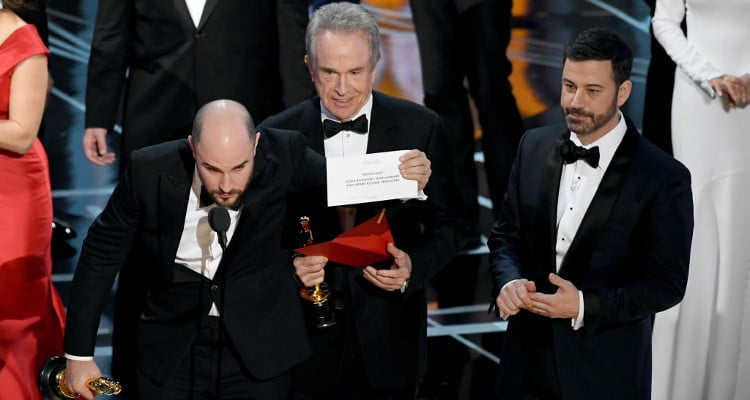 The Academy Awards are always an exciting and dramatic night, with tears flowing and emotions running high. This year’s Oscars mishap broke the Internet after La La Land was mistakenly announced as Best Picture instead of the real winner, Moonlight. Watch the Oscars fail video right here.

Last night, Hollywood A-listers flocked to the 89th Academy Awards which took place at the Dolby Theatre. The award season’s final and most anticipated ceremony ended on a chaotic, albeit amusing, note with a mishap no one could have foreseen. Millions of viewers across the world tuned in to watch the glitzy Oscars and dropped their jaws in disbelief after presenters Faye Dunaway and Warren Beatty mistakenly declared La La Land the winner of the Best Picture award. The rightful winner was the coming-of-age drama Moonlight and, naturally, Internet trolls are having a field day with the unfortunate mix-up. Scroll down to find out what happened at the Oscars last night and watch the Oscars fail video.

What Happened at the Oscars Last Night?

It looks like Steve Harvey made a new friend. In a shocking turn of events, the 2017 Oscars ended on a confusing note after the most-coveted Best Picture Award was mistakenly given to La La Land instead of Moonlight. The celebrated musical starring Ryan Gosling and Emma Stone swept numerous accolades this awards season and was tipped to be the frontrunner at the 89th Academy Awards as well. However, as the cast and crew were on stage graciously accepting their award and delivering heartfelt speeches, they were interrupted with the phrase no Oscar winner wants to hear: “I’m sorry, there’s a mistake.” 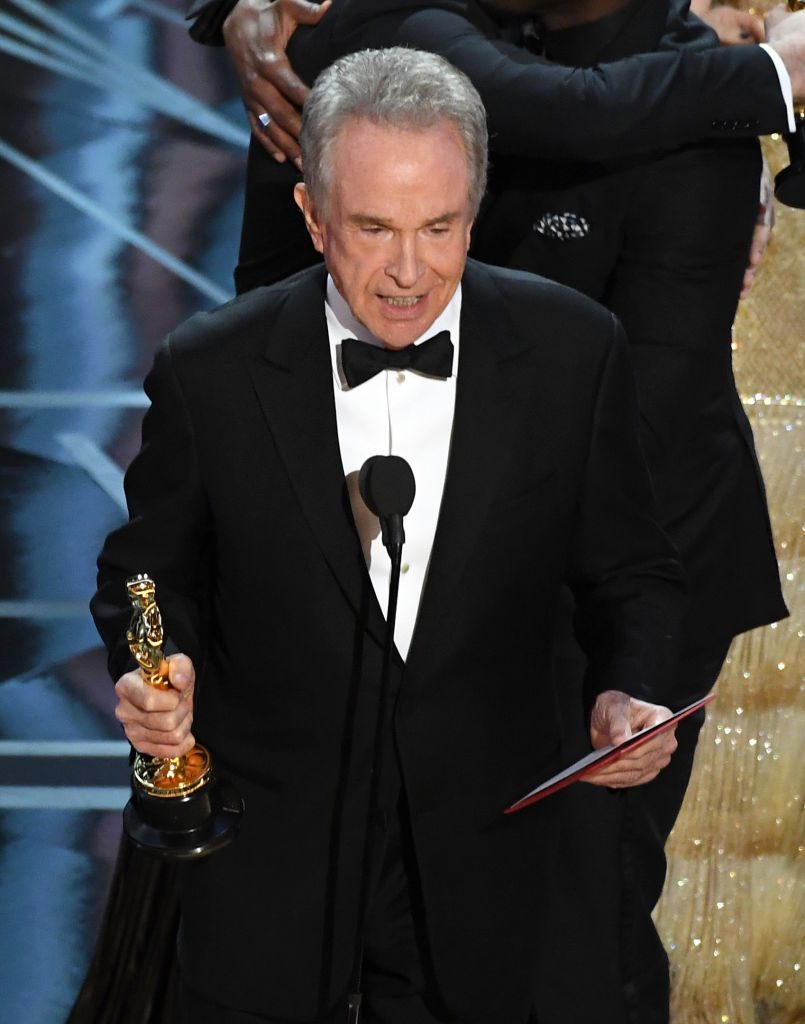 Amidst the ecstatic cast and crew on stage, La La Land producer Jordan Horwitz came up to the mic and repeatedly stated “this is not a joke,” before graciously declaring Moonlight the rightful winner. After he held up the envelope as proof, the Dolby Theater erupted in shocked gasps and guffaws as co-presenter Warren Beatty confessed, “I want to tell you what happened. I opened the envelope and it said ‘Emma Stone, La La Land.’ That’s why I took such a long look at Faye and at you. I wasn’t trying to be funny.”

Watch the video of the Oscars 2017 mishap right here:

Jimmy Kimmel Saves the Day with a Steve Harvey Joke

Comedian and talk-show host Jimmy Kimmel reiterated Beatty’s sentiments and took a jibe at Miss Universe host Steve Harvey who infamously announced Miss Colombia as the winner of last year’s pageant. The Jimmy Kimmel Live! star and Oscars host joked, “Well, I don’t know what happened. I blame myself for this. Let’s remember, it’s just an awards show. I mean, we hate to see people disappointed, but the good news is we got to see some extra speeches. We have some great movies. I knew I would screw this show up, I really did. Thank you for watching. I’m back to work tomorrow night on my regular show. I promise I’ll never come back. Good night!”

After the mix-up had been resolved, Moonlight director Barry Jenkins walked on stage in utter disbelief and admitted, “Very clearly, very clearly in my dreams this could not be true. But to hell with my dreams. I’m done with it because this is true. Oh my goodness.” Based on the play In Moonlight Black Boys Look Blue, the poignant tale unfolds over three chapters in the troubled life of a young gay African-American man growing up in a rough Miami neighborhood. Moonlight walked away with three Oscars last night: Best Adapted Screenplay for Jenkins and playwright Tarell Alvin McCraney; Best Supporting Actor for Mahershala Ali; as well as Best Picture. 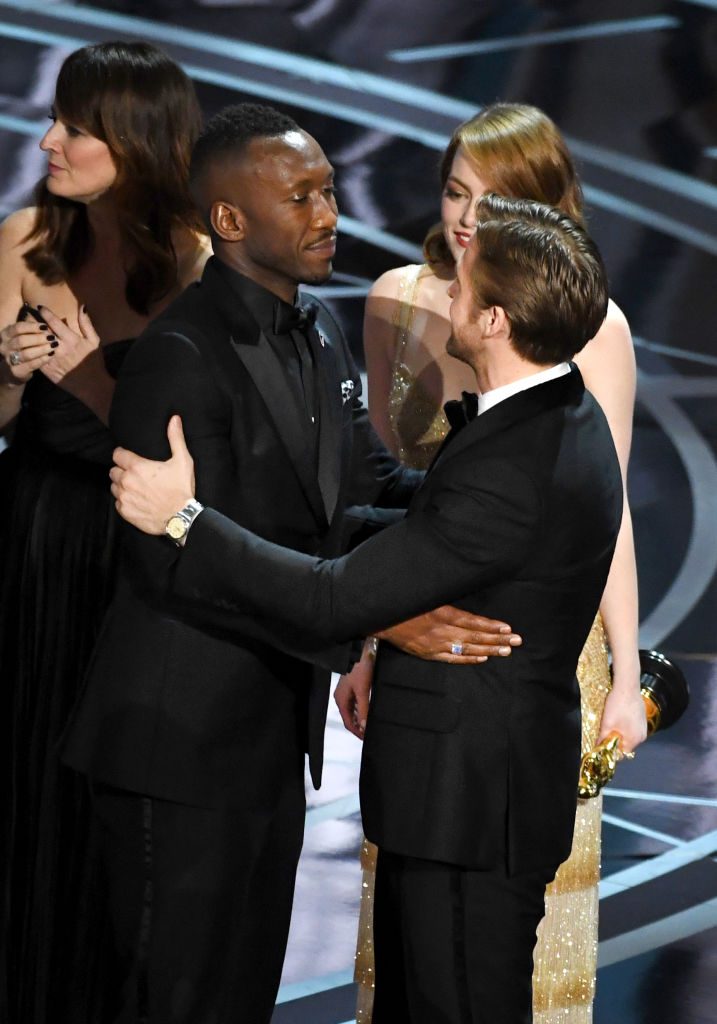 Eager fans who were rooting for La La Land needn’t be disappointed because the musical took home six Oscars last night, including Best Actress for Emma Stone and Best Director for 32-year-old Damien Chazelle who became the youngest director to win the accolade.