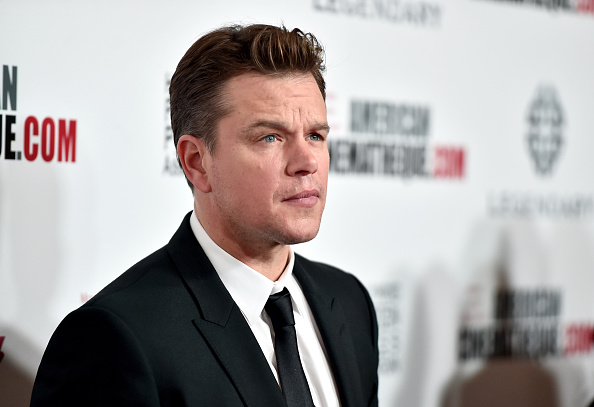 With The Martian turning out to be one of the best “out of the world” spectacles of all time, people can wait to see more of Matt Damon movies in 2016. Feeding the rising anticipation, Matt Damon will be returning as Jason Bourne, the most popular on-screen persona of the actor, with the upcoming action-thriller Jason Bourne (2016). Watching the new Jason Bourne trailer will remind you that the Oscar-nominated actor is really well suited for the action genre. A glimpse of Matt Damon’s insane action sequences in the new Jason Bourne trailer will make you recall all of his best action movies.

Our choices of Matt Damon’s top five best action movies mainly include his three Bourne blockbusters. Every movie buff relates Matt Damon as Jason Bourne, just like Bruce Willis is best remembered as John McClane from the Die Hard films. The Bourne trilogy certainly counts as the highest-grossing films starring Matt Damon, and the high pace in these movies makes them an all-time favorite. So, check out Matt Damon’s top five best action movies and see which two other movies have made the list.

This July, Matt Damon is #JasonBourne. WATCH the trailer now.https://t.co/RyvggcsFH8

Matt Damon’s first appearance as Jason Bourne was almost a decade ago. Damon played the role of a man suffering from amnesia, who seeks information about his true identity, only to discover that he is not that normal. Damon revealed how the character finds out his physical skills in combat, and how he is actually an undercover CIA operative called Jason Bourne. The movie showed Damon pursuing his “creators” at the CIA, bringing down their conspiracy and then escaping as an untraceable rogue spy.

Just like the first movie, Matt Damon returned as Jason Bourne in the sequel and made action movies more enticing than ever. In the movie, Bourne (Damon) hunts down viable targets involved in CIA’s Operation Treadstone. As he closes in to find out he’s the first trained human derived from the Treadstone project, CIA tries to lock him down and kill him instead of bringing him in alive.

People marked this movie as the final chapter of Matt Damon playing the rogue spy as The Avengers star Jeremy Renner became the lead in The Bourne Legacy (2012). The movie shows Bourne bringing down another conspiracy project in the CIA called Black Briar. And, the movie ends with Bourne mysteriously escaping his death after drowning in a river.

While Damon’s Bourne trilogy was based on Robert Ludlum’s book, Green Zone was adapted from Imperial Life in the Emerald City by Rajiv Chandrasekaran. But, the movie was directed by Bourne director Paul Greengrass, ensuring Matt Damon’s action scenes were more enthralling than ever. The movie revolves around Roy Miller (Damon), a U.S. Army Chief Officer, getting involved in an operation of Baghdad in search of Iraq’s genocidal weapons.

In this post-apocalyptic movie, Damon plays the role of Max Da Costa, a car thief who gets fitted with an artificial exo-spine that works well with artillery. His job is to take down Elysium, the space habitat for the elite, and bring proper medication for the health of the people stranded on Earth.