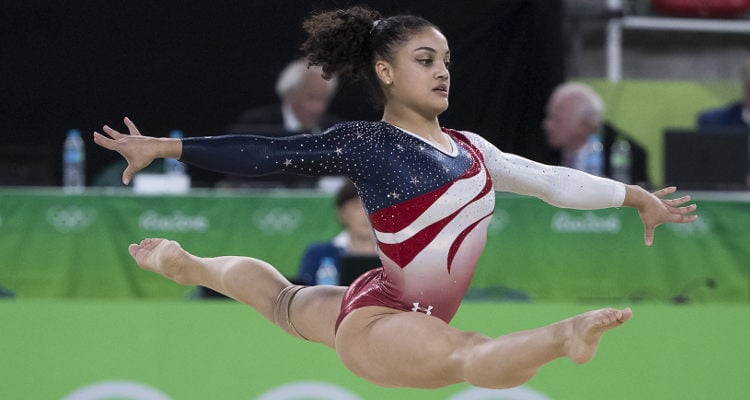 Woohoo! Was able to get a silver on beam today!???? Thanks @maggiehaney26 for pushing me to my best in the gym. Without your help, I couldn’t have performed the way I did today????❤️

The talented gymnast helped Team U.S.A take first place in the women’s team all-around, and earned the silver medal in the women’s beam. Her fellow teammate, Simone Biles faltered in her usually flawless routine, and almost fell off the balance beam. Biles was forced to bend forwards and grab onto the beam, to stop herself from falling off. 24-year-old Dutch gymnast, Sanne Wevers earned first place, with the highest score 15.466, while Laurie came in second with 15.333 and last, but not the least was Simone Biles, with 14.733.

Born on June 9, 2000, Lauren “Laurie” Hernandez is the youngest gymnast on the U.S. Team, also known as the “Fierce Five.” Her Puerto Rican parents enrolled her in dance and ballet classes at the tender age of five, but gymnastics caught her eye and since then, there’s been no looking back for this New Jersey native. Just days before the 2016 Rio Olympics Opening Ceremony, Hernandez publicly announced that she turned professional, forfeiting her NCAA (National Collegiate Athletic Association) eligibility to compete in college level gymnastics. She has verbally committed to the University of Florida.

Hernandez has credited her coach for her success saying, “My coach (Maggie Haney) has very high expectations for me. Maybe she saw it (a year ago), but I didn’t see it in myself yet.”

I am so proud and excited to announce that I’ve turned professional and given up my NCAA eligibility; although I will always be a Florida Gator at heart???? I’m looking forward to continuing to represent USA at the highest level of gymnastics for several years to come! ???????? I really appreciate all the love and support from everyone around me; especially my coach @maggiehaney26 for getting me to this level & helping me achieve these amazing accomplishments! ????