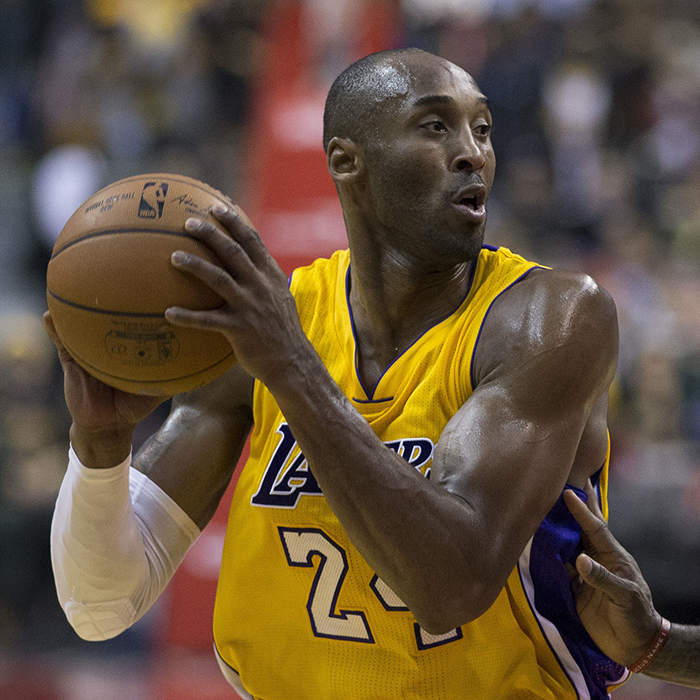 Kobe Bryant made his name on the court, but perhaps he has a future on the screen? The NBA superstar just posted his experience on the set of an upcoming movie and he may just show some promise for an acting career once he’s shot his last free throw!

The Los Angeles Laker posted a link on Twitter of himself on the set of the new film Daddy’s Home, which stars Will Ferrell and Mark Wahlberg—both of whom he has known for a long time and is on a first-name basis with! Bryant plays himself during a scene that takes place at—not surprisingly—a Lakers game. In this sneak peek, Bryant admits he’s “not much of an actor” and that doing a meet-and-greet during filming made him “feel a lot better about being in a movie!”

Kobe Bryant’s fans were supportive of his journey into acting, with over 4,500 likes and 1,600 retweets. “I’m so excited to watch it!!” wrote one eager fan, while another said, “I’m gonna c this movie just cuz ur in it! Oh and @mark_wahlberg [sic].” One fan even encouraged a future in acting, saying, “You have had a Legendary Basketball career. Hard sacrifices, and hardships, and you never gave up. New dreams await you Kobe. [sic]”

Daddy’s Home, releasing on Christmas Day, sees Ferrell and Wahlberg playing a stepfather and biological father, respectively, fighting for their children’s affection. The scene previewed in the video shows Wahlberg’s character gaining a significant advantage by helping his son meet Kobe Bryant. But the NBA star isn’t the only celebrity cameo. Warning: MAJOR spoiler ahead, so if you’re waiting to see the movie, stop reading here!

The movie actually has a surprise celebrity twist, in that Mark Wahlberg’s character isn’t actually the kids’ biological father. So who is? Also playing himself, it’s WWE superstar John Cena, who will reportedly made his cameo appearance at the end of the movie. How can these two dads compete with the 15-time WWE Champion and the “Doctor of Thuganomics?” Guess we’ll only find out if a sequel happens!