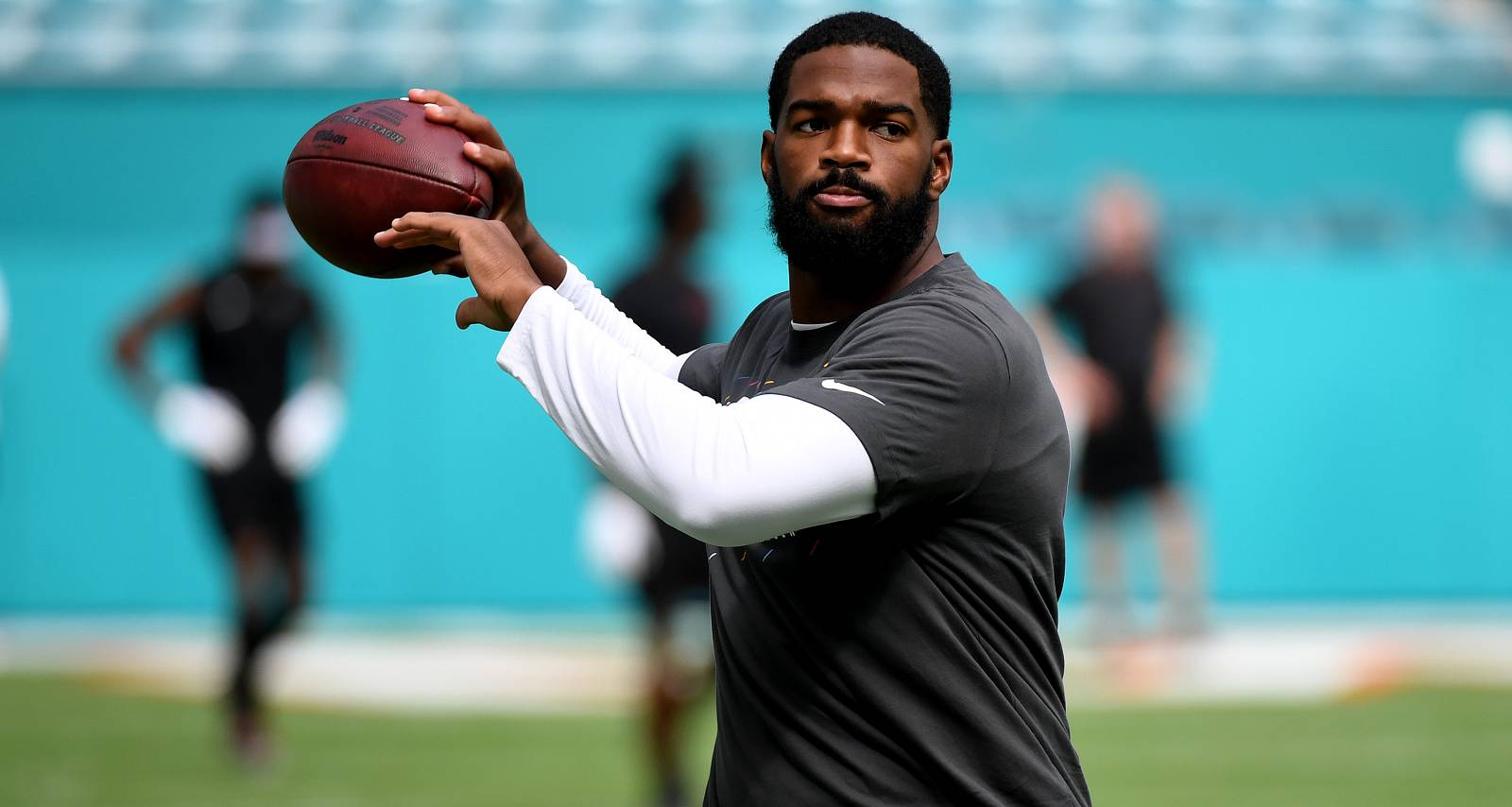 Jacoby Brissett #14 of the Miami Dolphins warms-up before the game against the Atlanta Falcons at Hard Rock Stadium on October 24, 2021 in Miami Gardens, Florida. (Photo by Eric Espada/Getty Images)

Luckily for you, we have the video for you right here and we want to make sure you’re in on all the action!

Fans who are looking for the touchdown video can head over to YouTube or visit the official website of the New England Patriots.

On Thursday night, the New England Patriots went up against the Houston Texas and won the game with a total score of 27-0! That’s one heck of a massacre and Patriots fans hope to see that kind of score again in the next game.

In the video, the 23-year-old third string quarterback, Brissett, faked a handoff and then scrambled with the ball, avoided turnovers and kept the offense moving! Next thing you know, he lands with a touchdown! He may not win any major awards, but he won the game, and for now, that’s all that matters.

One thing is for sure: Patriots general manager, Bill Belichick is proud to have Brissett on the team and is gearing up for a successful season. The patriots also gave Brissett a warm welcome in a Godfather-themed video. It sounds like the Patriots are one big family (who clearly have each other’s backs) on and off the field, and Brissett is the newest member to be welcomed with open arms!