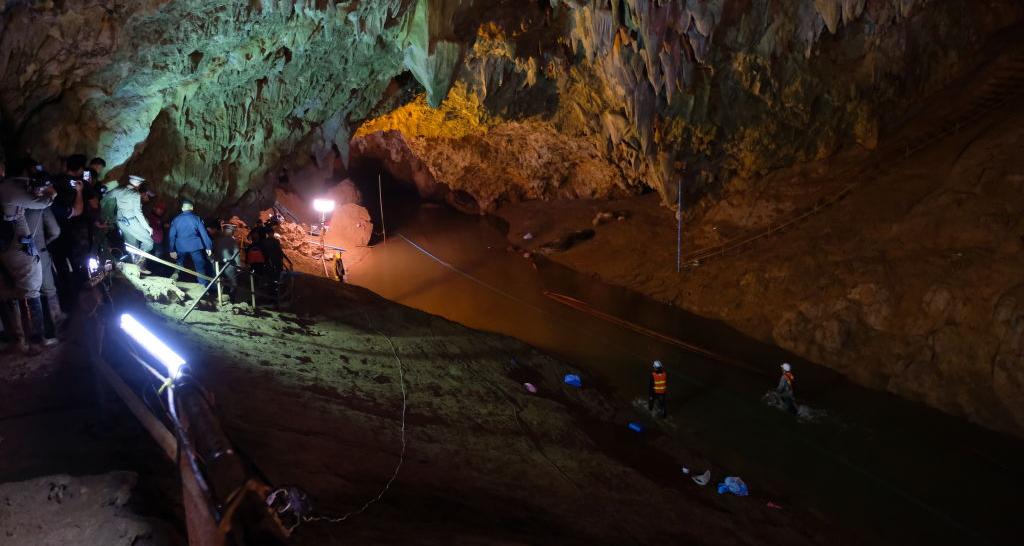 With the cave rescue ending successfully in Thailand, the children’s survival story will be featured in the first-ever documentary, Operation Thai Cave Rescue, on the Discovery Channel. And, the people at Discovery aren’t the only ones hoping to get this amazing story some on-screen time. Pure Flix Entertainment is already developing a movie centered around this incredible international rescue story.

The Thai cave rescue ended on July 10, 2018, with all 12 kids and their football coach alive. For the past few days, the harrowing experience has dominated headlines all over the world, with even Elon Musk pitching in to help.

With the mission ending successfully, the creative heads in Hollywood are already eyeing this miraculous rescue for an on-screen adaptation. But with the Discovery Channel fast-tracking this documentary to the small screen, they will be the first to bring viewers a formal re-telling of the harrowing story. So, when and how can you watch it?

We’ve got all the details you need on how to watch Operation Thai Cave Rescue.

With the world glued to every step of this mission’s events, people beyond Thailand are glad the children are alive and safe. Now, the international audience of this real-life dramatic tale want answers to several questions.

How did the Wild Boars end up trapped in that labyrinth in the first place? How did the kids survive for more than two weeks? What made this rescue so life-threatening?

A slew of production companies are now looking to turn this inspiring survival story of 12 young boys and their coach into movies. And they all seek to answer these questions.

Discovery will air the first documentary feature on this mission called Operation Thai Cave Rescue. The hour-long special will premiere on Friday, July 13 at 9:00 p.m. EST on the Discovery Channel.

In case you miss it on Friday, the feature will air once again on Saturday, July 14, on the Science Channel at 9:00 p.m. EST.

The show’s synopsis reads, “With exclusive early access to men and women – including family members – who have been living and breathing the events, Operation Thai Cave Rescue focuses on the triumph of the human spirit and the extraordinary scientific and technological innovations used to complete this miracle rescue.”

Tune into the Discovery Channel or the Science Channel to delve into “the human and scientific drama behind one of the most difficult and heart-palpitating rescues attempted in human history.”

Where to Watch the Documentary Online

You can also live stream the documentary on the Science Channel website.

Those with a DIRECTV subscription can watch the rescue on the service provider’s online streaming service. It’s easy; simply sign in with your AT&T access ID and enjoy all Discovery Channel shows! This is one you won’t want to miss!