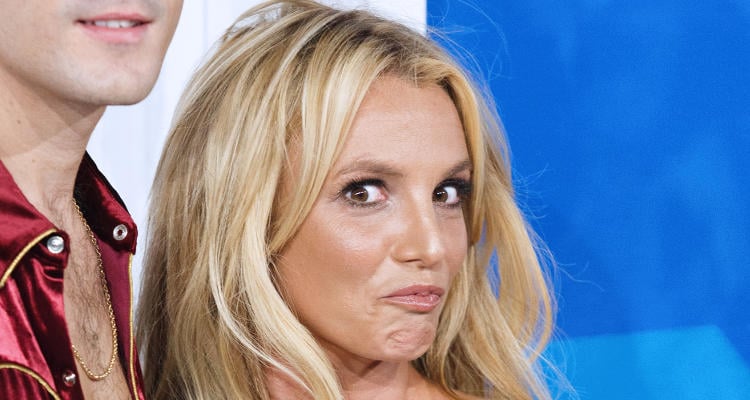 My partner in rhyme @g_eazy #VMAs

Spears’ performance commenced after an introduction by Kim Kardashian West. The Las Vegas headliner sang and danced to her hit new single “Make Me,” from Glory, along with the rapper G-Eazy. Initially, Spears’ silhouette was seen behind a screen with shadow fingers touching her. When the screen rose, Britney marched onto the stage, wearing a lime-yellow glittering leotard with matching boots. The 34-year-old artist showed off her graceful moves with two backup dancers by her side wearing black and white.

Spears’ performance was appreciated by her fans, as she took to the VMAs stage after a long hiatus. In 2003, Spears had performed Madonna’s, “Like a Virgin,” with the legend herself and then infamously shared a passionate kiss at the end of their act. G-Eazy effortlessly sauntered on the stage and rapped his verses. The duo shared a quick hug at the end of their act.

In an interview, G-Eazy stated, “It was just a no-brainer. That’s [the] kind of thing you just drop whatever you’re doing to do…Watching the VMAs when we were kids, [Spears] was one of the biggest entertainers in the world.” The hit summer single, “Make Me” has solidified G-Eazy as one of the best collaborators in the music industry today.

The Princess of Pop makes her return. #VMAs https://t.co/KyesUEQsrp pic.twitter.com/2UGSSaR53M

If you’re wondering how to stream and download Britney Spears’ seventh studio album Glory online, click here to know more details or here to listen and download “Make Me.”