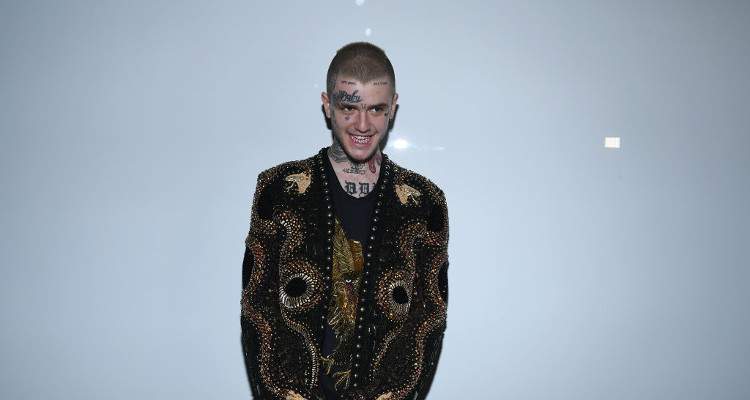 Note: We hope you love the products we recommend! Just so you know, Earn the Necklace may collect a small share of sales from the links on this page.

Fans are upset over the death of rapper Lil Peep and are expressing their emotions through social media. Authorities are still looking to confirm his cause of death, with a toxicology report taking up to eight weeks to see results. Some fans are pointing fingers at a girl named Mariah Bons, holding her responsible for providing tainted drugs to the late rapper. This opened a new angle in Lil Peep’s tragic death at the age of 21.

The death of rapper Lil Peep continues to be a talking point for his numerous fans. He was found dead due to a suspected drug overdose on his tour bus on Wednesday, November 15, 2017, just before he was supposed to perform in Tucson, Arizona. He was just 21 years old. How did Lil Peep die? Lil Peep’s cause of death is assumed to be an overdose of drugs taken 24 hours prior to his death. There are pictures of him on social media presumably taking Xanax, which some people think was laced. People are now claiming that his death was actually a case of murder. Was Lil Peep murdered? Here is everything we know about Lil Peep’s death.

Who is the Mystery Girl?

The Internet is alive with the rumor that someone is responsible for the death of Lil Peep. There are posts on Twitter from his fans showing a girl with her arm around the rapper. According to another post, her name is Mariah Bons, and she texted a friend saying, “He passed the f**k out my brother called and I tried to get him to say hi to my brother but he wouldn’t wake up and so I had him talk to mackned[sic].” Mariah Bons also wrote, “Bex was there I saw him but he disappeared before I could get a pic and I never saw coldy.” A tweet by Stephanie (@stxphaniell) claims that these texts are ample proof that Bons gave Lil Peep the drugs, and is therefore responsible for his death.

Also Read –  How Did Lil Peep Die? Did He Overdose?

A text from an anonymous person was shared in the thread, and it reads: “That’s my ex, not the first time she’s got bad Xanax, almost killed me and herself once because of bad xans. Her names Mariah Bons. Please keep my name out anything. I’m willing to go to the police about this cause I know she’s shady.” After reading the texts, people are convinced that Bons is the girl who killed Lil Peep. However, the rapper’s toxicology report will take up to eight weeks to determine exactly what was in his system.

Looking for a Lil Peep T-Shirt? Get it here!

I'm in Florida where fat nick

In Lil Peep’s last interview on Monday, November 13, 2017, he said: “If anything, [life has] gotten worse, probably.” He added,  “One day maybe I won’t die young and I’ll be happy. What is happy I always have happiness for like 10 seconds and then it’s gone. I’m getting so tired of this.” Some people are calling Lil Peep’s death a suicide, but this has not been confirmed.