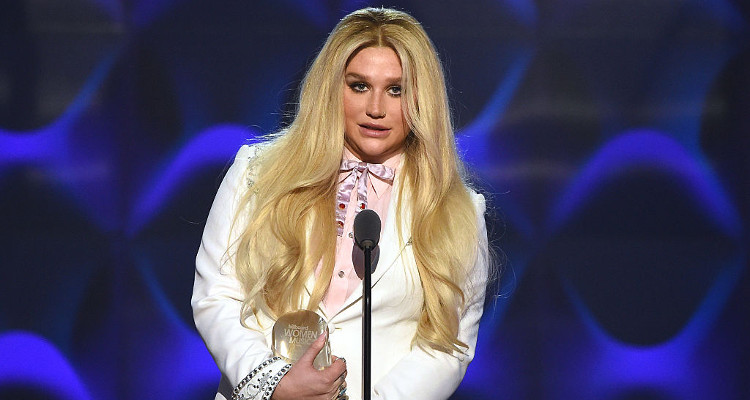 As latest developments in the Kesha vs. Dr. Luke lawsuit are gripping the world’s attention to unknown implications of the music industry, people are now keen to know the answer to the question,“Was Kesha really raped by Dr. Luke?” Despite how the singer has courageously come forth about her abuse and her personal troubles and how much we believe her, legally the veracity of Dr. Luke’s assault on Kesha remains uncertain as of today.

Of recently, Kesha shared a photo on Instagram and conveyed her message to her fans and women around the world who may have gone through similar problems. Kesha shared this selfie by quoting “so. I got offered my freedom IF i were to lie [sic].”

What Kesha shared with her photo was in context to a latest turnabout in the Kesha vs. Dr. Luke lawsuit. The 29-year-old pop singer confessed how she was offered a deal to be free from the alleged “stringent” contract with Dr. Luke’s Kemosabe Records only if she withdraws her rape allegations and apologizes publicly. Kesha wrote, “I would have to APOLOGIZE publicly and say that I never got raped. THIS IS WHAT HAPPENS behind closed doors. I will not take back the TRUTH. I would rather let the truth ruin my career than lie for a monster ever again. [sic]”

Considering what the singer is publicly sharing such hard times and a taking into account what has been proven in Kesha’s rape allegations against Dr. Luke, here are five things about it that you ought to know.

5 Facts about the Kesha vs. Dr. Luke Lawsuit

As an aspiring pop singer, Kesha signed a recording deal with music producer Lukasz “Dr. Luke” Gottwald and his record label Kemosabe Entertainment. Kesha was 18 years old when she signed the contract with Dr. Luke in 2005. It was this contract that restricts Kesha to record albums without Dr. Luke, and that keeps her under confines of the producer’s Kemosabe record label.

In the ongoing lawsuit, Kesha’s charges revolve around how Dr. Luke had allegedly drugged and raped her several times, and how he had threatened her to keep quiet. Kesha charged Dr. Luke with abusing her “physically, sexually, and emotionally” throughout 2006 when she had just begun working for the Kemosabe record label. Dr. Luke had conveyed his statement on this allegation by tweeting, “I didn’t rape Kesha and I have never had sex with her. Kesha and I were friends for many years and she was like my little sister. [sic]”

In December 2014, Dr. Luke sued Mark Geragos, Kesha’s lawyer, for defaming him by accusing him of raping Lady Gaga. While Lady Gaga denied these allegations, Dr. Luke amended the defamation lawsuit against Kesha and her lawyers by showing how Kesha had been on good terms with the producers in 2009, years after he allegedly raped her in 2006.

A twist in the lawsuit was when the judge dismissed Kesha’s rape allegations after considering evidence put forth by Dr. Luke. It was a video of Kesha denying rape allegations from Dr. Luke while under oath in a different lawsuit that took place in 2011.

In 2014, Kesha checked into a rehab facility in Lemont, Illinois, to treat her eating disorder. It was later revealed that the singer was depressed from Dr. Luke forcing her to lose weight, which led to unhealthy diets and eating disorders. Kesha spoke of how Dr. Luke had made a derogatory remark about her body by comparing it to a refrigerator!