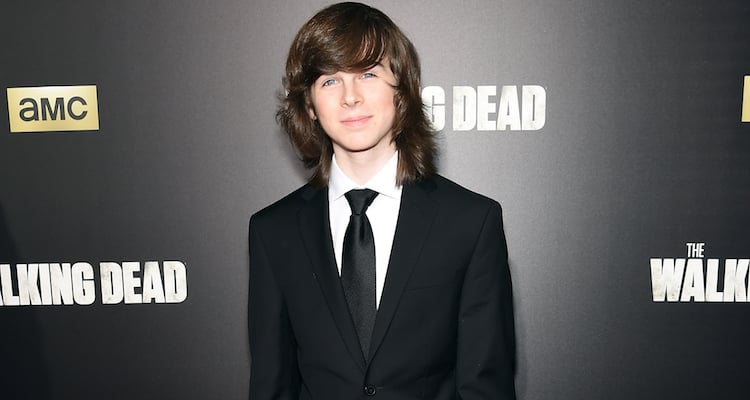 If you haven’t watched the midseason finale of The Walking Dead, this article contains spoilers so escape while you can! Was Chandler Riggs fired? Here’s what you need to know about the actor who played Carl.

Fans are still dealing with the shock, wondering why was Carl killed off? Carl suffered a fatal walker bite to the ribs, and fans were furious that the showrunners chose to kill off yet another one of the few remaining original cast members. At this point in the comic book series, Carl is still alive and well, so fans don’t understand what happened.

William Riggs, the actor’s father, voiced his disappointment in the decision on his now-deleted Facebook page: “Watching [Scott M.] Gimple fire my son 2 weeks before his 18th birthday after telling him they wanted him for the next 3 years was disappointing,” William wrote. “I never trusted Gimple or AMC, but Chandler did. I know how much it hurt him. But we do absolutely know how lucky we have been to be a part of it all and appreciate all the love from fans all these years!”

The actor also told reporters that he recently bought a house in Senoia, GA., close to the sets of the show. “It was devastating for me and my family because the show has been such a huge part of my life for so long. For a few days, we didn’t know what to do.” But thanks to Rigg’s positivity, and that he’s working on his next project film Inherit the Viper, he’s not letting the decision weigh him down. “It ended up being a great thing because now I get to do all kinds of other stuff that I haven’t been able to do in the last eight years,” he said.

He found out in June while they were rehearsing for episode six. “Scott Gimple called to meet with me and my mom and my dad to talk about story stuff. And then he revealed that Carl would be dying in episode 9. It was devastating because the show has been such a big part of my life. I had gone to school and done the show and dedicated so much time and effort into the show that it was crazy that that was going to be the decision.”

Why Was Carl Killed Off?

Chandler Riggs was 11 when he started acting on The Walking Dead, and although Gimple didn’t comment on his decision, the actor elaborated on why he justified Carl’s death: “Scott was trying to figure out how to bridge the gap between Rick not wanting to kill Negan and Rick also really wanting to kill Negan, which he does right now [in the show’s story],” he said. “Scott’s way to get around that was to make Carl this really humanitarian figure and person who could see the good in people and see that people can change and not everyone out there is bad. That’s what Carl’s talk to Rick was in this episode: there’s no way that they can kill every one of the Saviours and not everyone is a bad person and there has to be some way forward than just killing people,” Riggs added.

What do you think about the show’s rash decision to kill Carl? Let us know!