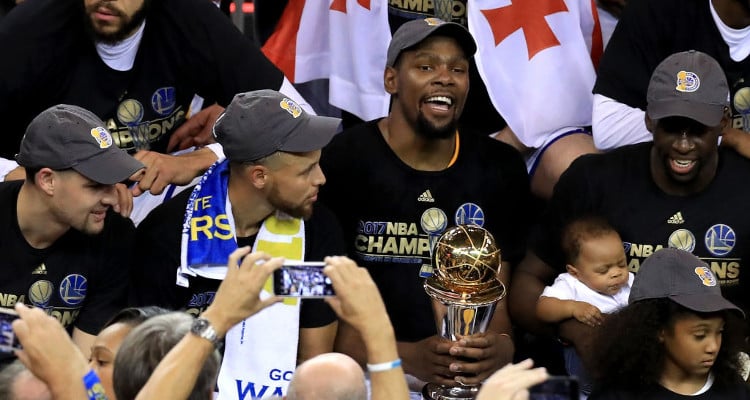 The Golden State Warriors are the 2017 NBA champions, and big wins call for big celebrations! After crushing the Cleveland Cavaliers in the 2017 NBA finals, the Golden Warriors have already started celebrating. To add to the joy, the Warriors will start their Championship Parade on Thursday morning for fans to get in on the party. There is a lot to look forward to as the title was taken back from the Cavaliers after the Warriors’ 2015 win.

The Warriors wrote their success story on Monday (June 12) night, after putting up an aggressive fight against LeBron James and the Cavaliers. Following the locker room celebration is the grand parade to honor the team. So, what time is the Golden State Warriors parade? What is the Warriors’ parade route? Keep reading to find all the details right here!

To honor the Golden State Warriors as the 2017 NBA Champions, the team’s club and the City of Oakland will host a parade and rally. As revealed on the Warriors’ website, the 2017 Warriors Championship Parade will commence on Thursday, June 15 at 10:00 a.m. PT. The parade will start at Broadway and 11th St. and will take its course to the south side of Lake Merritt.

Warrior fans are as excited as the players on the court. Two years ago, fans started lining up as early as 3 a.m with about one million people gathering to see the parade! So, it will interesting to see the kind of turnout this year’s parade delivers.

According to the team’s official website, “The parade will begin on Broadway at 11th Street, turning right on Grand Avenue, turning right on Harrison to 19th St, and right on Lakeside Drive, ending on Oak and proceeding to the Henry J. Kaiser Convention Center. Fans can begin to line up for the Rally as early as 5 a.m. at Lakeshore and 12th Street.” 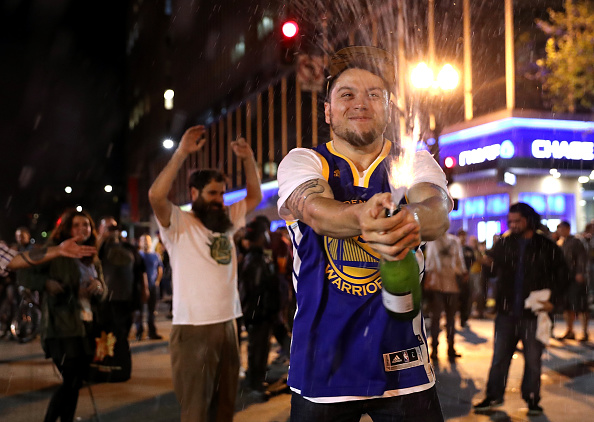 Revenge is sweeter when dished out a season later! After failing to take down the Cavaliers in the 2016 NBA Finals, the Golden state Warriors beat the Cleveland Cavaliers this season. Star player, Kevin Durant was named MVP.

Throughout the season, the Cavaliers dominated the Warriors’ locker room. Their win in Game 4 almost shook the Warriors’ confidence, but not their spirit. After facing a tough time last season, the Warriors were determined to win, and their mission started by signing superstar Kevin Durant.

With the Warriors’ 2017 NBA victory, 28-year-old Durant became the sixth player in NBA history to at least score 30 points in the first five games of the finals by getting 39 points in the series-clinching finals! Durant looked absolutely fierce; he was all over the court, held his ground, was excellent with his shots, and was on the top of his defense game.

The 2017 NBA Finals between the Golden State Warriors and the Cleveland Cavaliers was as exciting as expected. Fans enjoyed witnessing the live action between Kevin Durant and LeBron James, frequent change of control between the two teams, and of course, the heckling from fans. Finally, after 90 minutes of intense gameplay, and keeping fans on the edge of their seat, the Golden State Warriors emerged victorious!

So, when is the Golden State Warriors parade? It’s on Thursday, June 15 at 10:00 a.m. in downtown Oakland. The parade will start on Broadway at 11th Street, and will pretty much follow the same route as the one taken in 2015. Fans can begin to line up for the rally as early as 5 a.m. at Lakeshore and 12th Street. We can’t wait to see these celebrations and watch the cheering fans!