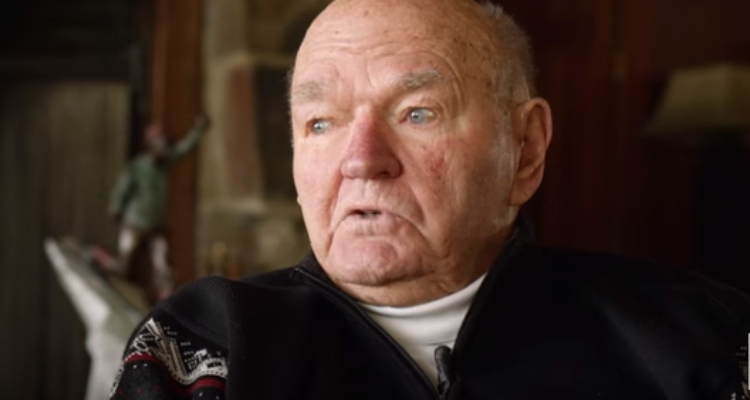 Many are still in shock after learning of legendary ski filmmaker, Warren Miller’s death. Warren Miller’s videos were known mainly to his loyal fans and family, so we thought we would honor his memory and share some of the best Warren Miller quotes.

Warren Miller was born on October 15, 1924, in Hollywood, California to Albert L. Miller and Helena H. Miller and was raised during The Great Depression. His childhood was far from Hollywood glamour, since The Great Depression derailed his father’s radio career and his father never worked after that. The family struggled to feed themselves regularly and they often avoided paying the rent, which the late filmmaker mentioned in his 2016 autobiography, Freedom Found. He attended USC and served in the Navy during World War II, before spending the rest of his life as a sports filmmaker.

The iconic snow sports director died in Washington State on Wednesday. According to family, he died of natural causes on Orcas Island. Warren Miller’s films are mostly known by his fans and he has been in the business for 60 years.

Warren Miller just passed away peacefully at 93, Chris Sacca said on Twitter. “His influence on my life cannot be understated. I’m forever grateful that my family and I got to know him. May his mantra for seizing the day become yours: ‘If you don’t do it this year, you’ll be one year older when you do.’”

He certainly loved what he did, and his passion for filming these outdoor sports was palpable. Check out the trailer for one of his films, Here, There and Everywhere.

He was known for saying some pretty inspirational things, and his fans will always have those memorable pieces of life advice to remember. Here are just a few of them:

The Simple Things in Life

“Rather than face the fact that my family was very strange, I made the assumption that the way our family lived was much the way that every family lived. With hairdos for my sisters, whiskey for my father, and some food saved from dinner for me, my mother kept us together. A lot of people have had it a lot worse, but this was the way I had it.”

He Really Made Ordinary Things Enlightening:

“People remember their first day on skis because it comes as such a mental rush. When you come down the mountain from your first time on skis, you are a different person. I had just now experienced that feeling, if only for half a minute; it was step one in the direction I would follow the rest of my life.

Words to Live By:

“Freedom is located somewhere outside the box.”

“If at first you don’t succeed, failure may be your thing.”

“On the other hand, you have different fingers.”

“Don’t take life seriously, because you won’t come out of it alive.”