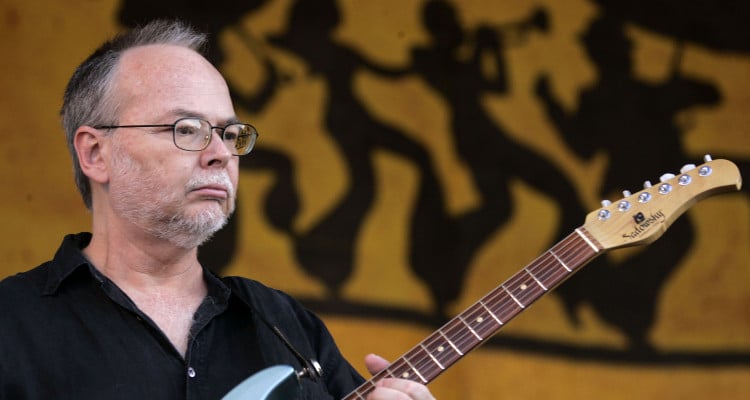 Walter Becker was one-half of the famous rock band Steely Dan, who are known for their classic albums and songs. Becker was a songwriter, guitarist, and music composer who also helped other artists record music. Becker passed away on Sunday, September 3, 2017, from an undisclosed illness. He left behind an approximate net worth of $17.0 million for his wife Elinor, and his two children.

The story of rock music of the 1970s is incomplete without the inclusion of the jazz influenced rock band, Steely Dan. They formed around the duo of core members Walter Becker who played guitar and sang backing vocals, and Donald Fagen who played the keyboard and sang lead vocals. They blended elements of jazz, rock, R&B, and traditional pop with ironic, erudite, and often cryptic lyrics topped with sophisticated studio production to produce a sound that was never heard before. Steely Dan was often called the “first college band” and were an inspiration for many musicians over the years. At the center of it all was the talented, cool, and knowledgeable Walter Becker who gave Steely Dan most of their greatest hits. Tragedy struck his family and band when Becker died on Sunday, September 3, 2017, at the age of 67. We have some details from Walter Becker’s wiki right here.

Start of a Partnership

Born on February 20, 1950, in Queens, New York City, to Eleanor and Joseph Becker, Walter Becker was a musician, songwriter, and record producer. He was best known as the co-founder, guitarist, bassist, and co-songwriter of Steely Dan. Becker got his singing genes from his mother who sang at the Ideal Hotel in the Catskills before marrying Joseph. After graduating from Stuyvesant High School in Manhattan in 1967, Becker enrolled into Bard College in Annandale-on-Hudson, New York. There, he met his future bandmate and lifetime friend, Donald Fagen with whom he first formed Leather Canary. Becker did not graduate and moved to Brooklyn with Fagen to become a songwriting duo.

A Decade of Excellence

In 1971, Becker, along with Fagen, moved to California to form Steely Dan. They toured for several years building a reputation as an excellent, cultured rock band with jazz leanings. Steely Dan released several albums in the 1970s such as Can’t Buy a Thrill, Countdown to Ecstasy, Pretzel Logic, Katy Lied, Aja, and Gaucho. Some of Walter Becker’s songs include “Reelin’ in the Years,” “Dirty Work,” “Do it Again,” “Rikki Don’t Lose That Number,” “Peg,” “Deacon Blues,” and “Aja.” The group split in 1980 and Becker went on to have a thriving solo career.

Becker produced albums for other artists like Michael Franks, Rickie Lee Jones, and China Crisis. He stopped using drugs and started living a quiet life with his family. In 1993, he resumed his partnership with Fagen and toured as Steely Dan for the first time in 19 years. They released another album, Two Against Nature which won four Grammys in 2000. Becker and Fagen were inducted into the Rock & Roll Hall of Fame in 2001 and released another album, Everything Must Go, in 2003. Becker released two albums of his own titled 11 Tracks of Whack and Circus Money which won critical acclaim and cemented his place as one of the best songwriters of all times. Walter Becker’s net worth was estimated to be a modest $17.0 million at the time of his death.

Standing the Test of Time

The musician’s website reported the news of his death on September 3, 2017, but did not mention Walter Becker’s cause of death or other details. He left behind a grieving family comprising his wife Elinor, a yoga teacher, and Walter Becker’s two children including his son Kawai. He also left behind a rich body of music that has stood the test of time and laid the foundation for the cerebral music that followed in the 1990s and 2000s. Many musicians have sent in their condolences for the passing away of a man who created some of the most exquisite melodies ever. His lifelong friend and partner Donald Fagen wrote in his tribute, “Walter Becker was my friend, my writing partner and my band mate since we met as students at Bard College in 1967. He was smart as a whip, an excellent guitarist, and a great songwriter. He was cynical about human nature, including his own, and hysterically funny.” Thank you for the music. RIP Walter Becker.