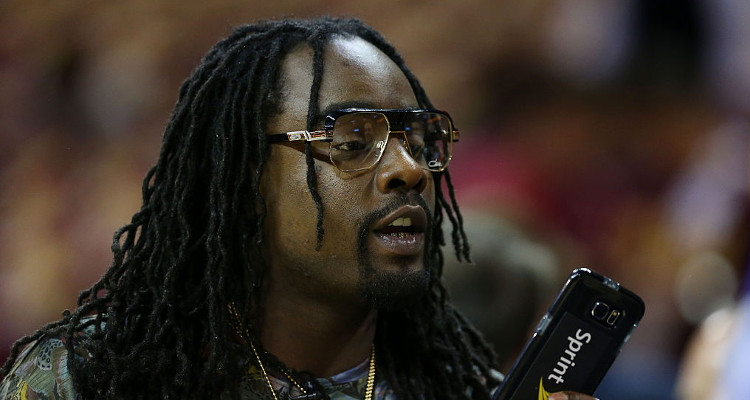 Wale released his fifth studio album, Shine and is very excited about it! He worked with several stars on the album and is hoping fans will love it, too. With a cool net worth of $6.0 million and an upcoming tour to support the album, Wale is all set to give other rappers a run for their money!

His real name is a tongue twister, so it’s a good thing he uses a stage name! Wale, whose real name is Olubowale Victor Akintimehin, became famous in 2006 when he released his single “Dig Dug (Shake It),” which became very popular in his hometown of Washington D.C. He was recognized, and continued to make music for his local scene. Wale just released his fifth studio album, Shine today (April 28), and people want to know more about him. We have some details from Wale’s wiki.

Wale is a rapper from Washington D.C., who was born on September 21, 1984. That makes Wale’s age just 32. His parents were from the Yoruba ethnic group of Southwest Nigeria. Wale studied at Quince Orchard High School before enrolling in Robert Morris University and Virginia State University on football scholarships, and then transferring to Bowie State University. Soon afterward, he dropped out to pursue music. Wale recorded his first track to get air play called “Rhyme of the Century” in 2003-2004. His next track, “Dig Dug (Shake It)” was released in 2006, after Wale signed with start-up imprint, Studio 43.

Also Read: Travis Scott’s Net Worth: How Rich is the Rapper?

Wale’s mixtapes, including Paint a Picture, Hate is the New Love, and 100 Miles & Running yielded hit singles like “Breakdown,” “Uptown Roamers,” and “Good Girls.” He avoids the usual bluster associated with rap and his honest lyrics that reference pop culture and politics are what widened his fan base. Wale’s next two mixtapes, The Mixtape about Nothing and Back to the Feature, became very popular and laid the groundwork for his subsequent studio albums.

Wale’s debut studio album, Attention Deficit, was released to generally positive reviews on November 10, 2009. Since then, he has released four more studio albums: Ambition, The Gifted, The Album about Nothing and his latest effort, Shine. All of Wale’s albums have received high critical acclaim and his last two debuted at the number one spot on Billboard‘s 200 Album Chart. No wonder Wale’s net worth is a cool $6.0 million and growing. The rapper incorporates percussion-driven elements of go-go music into his songs, adding to his unique sound.

Doing it All for His Fans

Wale’s Shine album has 14 tracks that feature artists like Chris Brown, Lil’ Wayne, Major Lazer, WizKid, G-Easy, and Travis Scott. Shine’s track list includes “My PYT,” which debuted at 2016’s SXSW. Wale is very enthusiastic about his album and is confident that fans will dig it saying, “You’re going to know how nice I am. I’m going to get these songs off. Give me the same opportunity as these pop ni**as. I’m trying to create a feeling. Happy. Sad. Turned up with my friends, with my women. Shine is trying to describe what sky blue is to a blind person.”

Shine Tour to Kick Off

Wale is supporting his new album with a 15-date Shine tour starting May 5, 2017. The tour kicks off in Atlanta, and will hit Los Angeles, San Francisco, and New York before wrapping up on May 27th in Boston. Wale’s girlfriend, Chloe Alexis, totally supports his passion for music, and is the mother of his daughter, Zyla Moon Oluwakemi. Wale’s Instagram account is full of photos of him at shows, hanging out with friends, and spending time with his daughter. As the name of his album suggests, shine is what Wale does on his latest album’s every track. Get it today!