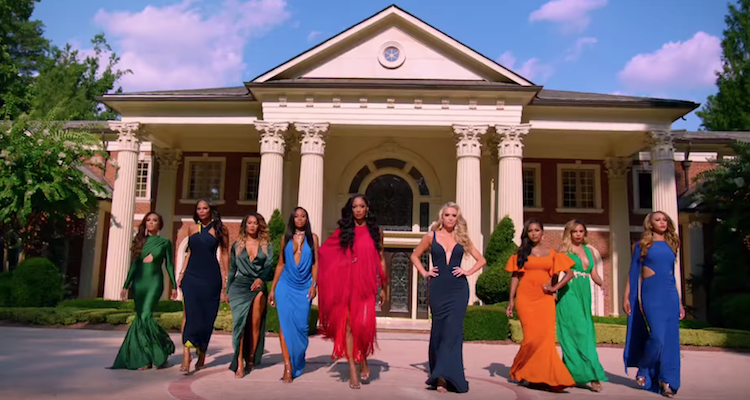 It’s WAGS Atlanta time! That’s right—the WAGS empire has expanded from Miami and Los Angeles to Atlanta and fans are ready for the WAGS Atlanta season 1 premiere! If you’re ready to find out when to watch your next guilty pleasure, then you’re going to want to know more about the WAGS Atlanta cast! We’ve got the details here.

When to Watch WAGS Atlanta

“Living in Atlanta, it’s not keeping up with the Joneses, we are the Joneses,” the voiceover starts. “We have a tight-knit circle. Once you’re connected, you are connected. Very glamorous, high-class, exclusive, affluent. Atlanta is full of Georgia peaches … but they’re not all sweet. We are the South Mecca of it all.”

For many people, winter is never ending and they could use an escape from the bitter cold. So, if we can’t go to the heat, then the heat can come to us! And judging by the trailer, it looks like things are going to be heating up quickly. WAGS Atlanta premieres tonight, on Wednesday, January 3 at 10:00 p.m. EST on E! and the drama looks to be pretty spicy this season!

If there’s one thing this Georgia peach loves doing above all else, it’s pleasing her man, champion boxer Deontay Wilder. This 30-year-old is smart, successful, and pure badass!

“Deontay is my job. I’m his stylist, I’m the chef, I’m the maid, I’m everything. Well, I’m a nurse. So, I can help him heal, recover and everything else. Prior to Deontay, I was a nurse here in LA, so I guess that’s what makes it work for him. Being that he’s never lost, I don’t have to worry much. He doesn’t get hit too much, so I don’t worry unless he does and that makes it easier for me.”

This WAGS Atlanta cast member has some history dating athletes, luxury jewelry designers, and private jet owners. She’s currently single and the cousin of retired football player, Derrick Ward. Will she find the man of her dreams this season?

This WAGS Atlanta star is a model and interior designer who has been with free agent wide receiver, Andre Caldwell since their college days. She’s the mother of his two children and is known to speak her mind. This is one WAG that doesn’t believe in holding back! Could she be trouble for a few of the other women on the show?

Today we christened our son!! Who would’ve thought passing you everyday on the set at UF would bring about two wonderful babies that the Lord has blessed! I love you! And I’m eternally grateful to God and to you, my husband for bringing life with me, taking this journey with me, trusting me and always loving me. I’m so happy and our family is my greatest accomplishment ?? Merry Christmas from The Caldwell’s!! @caldwellxii

She’s the wife of Harry Douglas (the Tennessee Titans’ wide receiver), was born and raised in Atlanta, and used to dance professionally. She now owns two businesses: a dance studio and a clothing store with fellow WAGS Atlanta star, Ariel Anderson.

Merry Christmas from our family to yours!!

Kesha is a homemaker and has a two-year-old daughter. But not only that, she’s kind of a mogul in her own right, since she manages 12 rental properties! She’s been with free agent NFL player, C.J. Moseley for four years.

This model, former Miss Georgia winner, and cheerleader, is the wife of Los Angeles Dodgers pitcher, J.J. Jurrjens. She’s going to have a bit of an emotional time on the show, especially when she finds out that her husband tested positive for testosterone that didn’t originate from his body! The revelation caused him to be suspended from the game for 80 days!

This WAGS Atlanta cast member is a former investment banker and currently owns a marijuana dispensary—and she’s single! She’s dated an NFL player in the past and is close friends with Ariel, whom she met when they were cheerleaders for the NFL.

Love the amazing feature article by @mediamoxye on one of our amazing founders, @iamhopesodope ??? Be sure to check it out at http://bit.ly/2yZxacs #womeninbiz . . . . #blackincannabis #medicalcannabis #amazing #womeninbusiness #greenlife #ganjapreneur #nofilter #instapic #mmj #cannabis #420 #420cures #thc #topshelf

She’s the youngest of Kierra Douglas’ sisters, as well as an NFL dancer for years. She now co-owns a dance studio with Kierra and has experience dating athletes. She’s also currently single.

I’m late ? but last week at @xceltalent Holiday Party. Thank you for inviting me, it’s a pleasure every year!❤️ #xceltalent #talentagency #dancers

She’s the wife of wresting star, Cody Rhodes and a former wrestling announcer. On the show, we’re going to see her struggle find some balance in her personal and professional life. Will she also get into a few wrestling matches with some of the other cast members?

Happy Thanksgiving ??? from the Rhodes!! My husband and I are celebrating up in Michigan with my family! A lot of the items pictured are on great Black Friday sales (hubby’s outfit is linked as well). Shop our looks for Black Friday by downloading the @liketoknow.it app and screenshotting this pic! Works for all of my shopping pics! ? . . . . . http://liketk.it/2tzzs #liketkit @liketoknow.it #ltkfamily #ltkfamilystyle #ltkholidaystyle #happythanksgiving