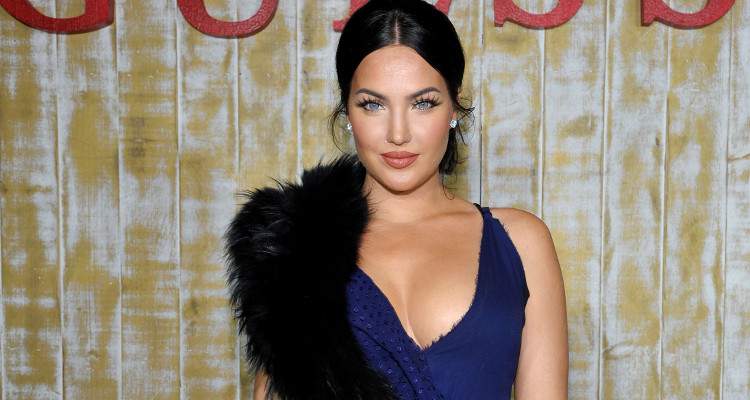 WAGS L.A. season 3 premiered with a bang, and we can’t wait to see what else is in store! The reality show kicked this season off with former NFL star, Shaun Phillips’ ex donating the gifts he’s given to her to the Museum of Broken Relationships!

Natalie Halcro on WAGS is one to watch out for! She is on a mission to get her ex out of her life. After recently breaking up with Shaun Phillips, she is back on WAGS L.A. to make a bold statement. The model donated luxurious gifts Phillips gave her, including a pair of diamond earrings! Find out more about the beauty in our Natalie Halcro wiki.

Who Is Natalie Halcro?

Natalie Halcro was born on February 2, 1988, in British Colombia, Canada, making her age 29. Her father, Jim Halcro, was a firefighter, and she has two siblings: Joel and Stephanie. She is also close to her cousin and co-star, Olivia Pierson, with whom she runs a blog, Jerome, named after her grandparent’s surname. They also have around 240,000 subscribers on their YouTube channel, Nat+Liv

Halcro began modeling at the age of 12 and, by the time she was 16, she was already signed with the infamous NEXT. She has since worked for international designers and was in some big campaigns for brands like Mazda, Old Navy, Nissan, Avon, La Senza, Bebe Sport, Macy’s, and more.

What Is Jerome About?

Pierson and Halcro’s blog has tons of WAGS-worthy content and more about fashion, lifestyle, travel, and even surgeries. Olivia Pierson and Natalie Halcro’s plastic surgery video received a whopping 125,000 viewers. One video saw Pierson getting a jawline correction by Dr. Kassabian at Lift MB; another showed Natalie Halcro at the Beverly Hills clinic for a sweat treatment. She even tried CoolSculpting her inner thighs.

They also have content about the latest trends in clothing, footwear, and they curate fashion shoots.

Who Was Natalie Halcro Dating?

Natalie Halcro was with NFL star Shaun Phillips for two years, and confirmed that they broke up. She was fairly candid about the split during the WAGS L.A. premiere, and is now saying goodbye to everything that he gave her.

Natalie Halcro’s Instagram account is also swept clean of her relationship, as the curvaceous model is putting her life back together again. Shaun Phillips and Natalie Halcro broke up once before, back in 2016, but kissed and made up soon after.

Now, the couple are definitely broken up, and by the looks of the Chanel bag, Christian Louboutin heels, and bling that Halcro donated, it looks like it might be for good this time!

What are Her Future Plans?

Halcro is a pet lover, and has a dog named Monkey. She was at the 2016 Vanderpump Dog Foundation Gala, the proceeds of which go to support pet care and adoption. It looks like she is currently working on her philanthropy, and trying to move on from Phillips.