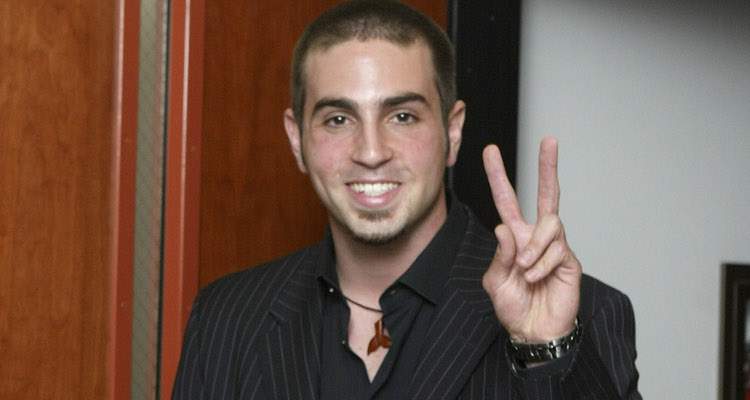 Choreographer to the stars, Wade Robson, was recently featured in the two-part documentary, Leaving Neverland. The docuseries has stirred up a lot of controversy, with many accusing Robson and the filmmakers of lying and disparaging Michael Jackson’s legacy for financial gain. Keep reading our Wade Robson wiki for everything you need to know about Jackson’s accuser.

Choreographer Wade Robson alleges that late singer Michael Jackson sexually assaulted him for several years in the HBO film. However, in 2017, Jackson’s corporate entities, MJJ Productions and MJJ Ventures, were not held liable for Robson’s claim. Previously, he reportedly said that Jackson never molested him. But in 2013, he alleged that the late singer did in fact molested him. Many now want to learn more about Wade Robson, so we have more details right here!

Wade Jeremy William Robson was born on September 17, 1982 in Brisbane, Australia to Joy and Dennis Robson. Robson began dancing when he was five years old.

His career started as a member of the Johnny Young’s Talent School troupe, which reportedly did 14 shows a week, mostly in shopping malls.

When Robson was around nine years old, he, along with his mom and sisters, moved to the United States thanks to pop singer Michael Jackson, who hired Robson to appear in the videos for his songs “Jam,” “Black or White,” and “Heal the World.”

Moving sucks. But, what doesn't suck is finding old pictures of some of the best days of my life. So young. So innocent. And SO SKINNY!!!! Oh, to go back! C:2002 #WadeRobson #MelleniumDanceComplex #Dance #ItsInMyBlood #Fasion @ryanparma I finally found picture!

At a very young age, Robson’s dance career took off. One of Robson’s greatest talents was imitating Michael Jackson’s dance moves. At the age of five, he even won a dance competition that entailed dancing like the pop star.

One of the grand prizes was an opportunity to attend Jackson’s concert during his Australian tour and meet the singer in person. This was a huge dream come true for the young Robson, who idolized Jackson.

It was also the beginning of an illustrious career as a choreographer for numerous famous acts. He and his family would travel back and forth to the United States extensively for the next two years. After befriending the young boy and his family, Jackson eventually helped them move to California permanently where they’d often stay at his Neverland Ranch.

At the age of 11, Robson hired an agent and, along with his friend DeWayne Turrentine, started the hip-hop duo, Quo. By the end of the year, they released an album on Jackson’s MJJ Music label. The next year, he taught dance lessons in Hollywood, and joined a children’s troupe that performed internationally.

When he was 14, Robson landed his first job as a choreographer for R&B group, Immature. Due to his age and appearance, many clients would refuse to take direction from him. When Britney Spears interviewed Robson to choreograph her tour, she reportedly said, “He’s a friggin’ baby!” after initially thinking he was at least in his 30s.

In the late ‘90s, he helped choreograph Britney Spears’ Pepsi commercials, as well as working on both ‘NSYNC’s and Britney’s tours and music videos.

Making a Name for Himself

Robson’s career continued to soar into the early 2000s and beyond. He went on to work extensively with ‘NSYNC and even co-wrote a few of the hit singles on their final studio album, Celebrity. Tracks included “Gone,” “Pop,” “See Right Through You,” and even the title song “Celebrity.”

“Celebrity” was originally supposed to be recorded on Robson’s own album, but the group loved the track so much that they convinced him to let them record it instead.

Following that, Robson continued to work closely with Spears and Justin Timberlake and co-wrote her song “What It’s Like to Be Me” for which he and Timberlake own the copyright.

In 2003, Robson teamed up with MTV to produce The Wade Robson Project, a televised “talent search competition for hip-hop dancers.” The show, which Robson created and hosted, was short-lived. But it led to many other potentially lucrative opportunities for greater exposure in the industry.

Robson appeared as himself in the 2004 commercially successful dance movie, You Got Served. That performance was recognized at the 2004 American Choreography Awards and took home the award for Best Dance Sequence in a Feature Film.

Robson is hailed as one of the best professional choreographers in the industry. On several occasions, he’s joined other famous choreographers such as Shane Sparks and Mia Michaels as workshop instructors in the PULSE Tour for aspiring dancers and choreographers.

Robson is also known for choreographing the American Idol LIVE! Tour in 2007. That same year, he began choreographing group and duo numbers during the second and third seasons of the hit Fox show, So You Think You Can Dance.

He ended up winning a Primetime Emmy Award for Outstanding Choreography for the season 2 dance routine, “Ramalama (Bang Bang).”

That routine is still regarded as one of the most memorable group dance numbers in the show’s history.

He won his second Primetime Emmy Award the following year, for a season 3 jazz routine called “Hummingbird and the Flower.”

Robson also worked on the dance routines for the animated film, Happy Feet 2 (2011). He then signed on to direct the movie Step Up Revolution, which was released in 2012. However, he had to surrender the project for personal reasons and was replaced by Scott Speer.

Wade Robson’s net worth is estimated at $2.0 million.

Who Is Wade Robson’s Wife?

On August 13, 2005, Robson tied the knot with former fashion designer, Amanda Rodriguez. The couple has one son named Koa Robson who was born in 2010.

Robson and his wife, Amanda, were hired to choreograph Spears’ 2009 tour The Circus Starring Britney Spears. According to reports, after working on a portion of the choreography for the tour, which fulfilled their contractual obligations, the Robsons were eventually replaced by Jamie King.

When Jackson was put on trial in 2005 for child sexual assault charges stemming from the early 1990s, Robson served as one of the key witnesses in the case. He testified on Jackson’s behalf, stating under oath that although he’d slept in the singer’s bed, he was never molested as a child. Jackson was later acquitted.

When Jackson passed away unexpectedly in July 2009, Robson praised him. He wrote: “His music, his movement, his personal words of inspiration and encouragement and his unconditional love will live inside of me forever.”

Just four years later, though, Robson seemed to change his tune and opinion of the deceased popstar entirely. He retracted his previous statement and alleged that he endured seven years of sexual molestation at Jackson’s hands between the ages of seven and 14.

He also says that he was groomed by Jackson from a very young age to accept the abuse as being a normal sign of affection. Allegedly, the popstar warned him as a child that if he ever spoke of what was happening to anyone, they’d both spend the rest of their lives in jail.

So, what prompted Robson to change his story all those years later?

According to Robson, it was the birth of his son, Koa, coupled with the fact that he suffered multiple mental breakdowns in 2011 and 2012, that inspired him to finally come forward with his truth.

Robson eventually filed a lawsuit against Jackson’s estate accusing the late entertainer of molesting him as a child. The charges were dismissed by a California judge in 2015 on the grounds that Robson had missed the 12-month statute of limitations to file the lawsuit after Jackson’s death.

The Aftermath of Leaving Neverland

This takes 30 seconds. Let’s #EndGunViolenceTogether – go to TOMS.com to send your Representatives a postcard demanding they take action on what more than 90% of Americans agree on: universal background checks. @TOMS is also investing $5 million into organizations across the country who are committed to helping end gun violence. I’m proud to partner with @toms to #endgunviolencetogether

The two-part documentary Leaving Neverland aired on HBO on March 3 and 4, 2019.

Robson has been facing a lot of backlash from Jackson’s devoted fans who claim that he’s lying now in an attempt to get a large payout from the Jackson estate. Robson justified his previous denial of sexual abuse by saying that he felt manipulated and brainwashed by Jackson to testify in the 2005 trial.

Robson wasn’t the only Michael Jackson accuser who appeared in the docuseries. James Safechuck, another man who also claims to have been molested by Michael as a young child, was also the focus of the series.

Since it aired, both men have received criticism—from fans and Jackson’s family members alike.

In an interview with Billboard, Michael’s niece, Brandi Jackson, came to her uncle’s defense. Brandi said she dated Robson during the time he was allegedly being abused by the pop sensation.

“My uncle endured investigations, trials, and humiliation, and he was found not guilty,” she said. “The public likes to hold onto this narrative that he was sleeping with little boys and it’s weird, but that’s really not the narrative. My uncle could never have done these horrible things.”

In the documentary, Robson stated that he was often left alone at Neverland Ranch with Michael and the singer took these opportunities to molest him. He claims his first memory of being sexually abused by Jackson was when he was seven years old and his family left him there for a week while they visited the Grand Canyon.

Brandi contradicted this claim. She went on to say that Robson wasn’t left alone with her uncle quite as often as he claims he was, because most of the time, Michael was on tour and she was at the ranch with him.

According to Brandi, Michael introduced his niece to Robson on the set of the music video for the song “Black or White,” in which they both appeared.

“After getting to know each other on set, Wade had developed a crush on me and my uncle invited Wade’s family, as well as myself and my brother to Neverland and we spent five to seven days there … I used to go with him to his dance classes. We went to the movies a lot. We would ride bikes all day. One of our favorite things to do was play in the fountain in front of his apartment building in the summer.”

When asked what her thoughts are regarding the allegations against her beloved uncle, Brandi said that she found the whole situation upsetting and she doesn’t understand how Robson could do something like this “to a friend.”

As radio stations around the world have started pulling Michael Jackson songs from their playlists, the question of whether it’s possible to separate the art from the artist has been on everyone’s mind. This is especially true in light of the most recent allegations against Jackson and others who work in the entertainment industry including R. Kelly and Woody Allen.

But Robson says that’s “not really [his] concern.”

“I don’t have any moral authority to make a judgment for everyone else on [listening to Jackson’s music],” he told TMZ in March 2019. “I don’t listen to his music, ‘cause I have a personal experience with it. But that’s everyone’s individual choice.”

He did say he hopes fans start to think more critically about the true person behind the star they idolize, whomever that may be.