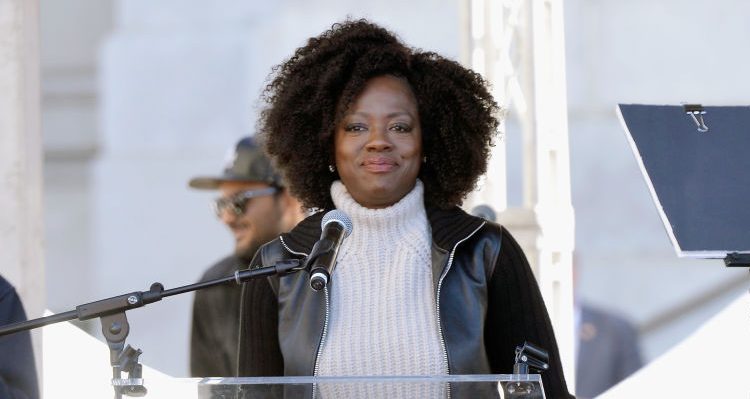 American actress and producer Viola Davis recently secured a major role in the upcoming movie, Troupe Zero. The news has caused people to wonder about the actress’ wealth. So, how rich is Viola Davis? If you’re curious about facts like Viola Davis’ salary, awards, and career details, here’s the scoop!

According to reports, Viola Davis’ net worth is estimated at around $13.0 million! This is attributed to her role as an actress and producer.

On Wednesday, the Academy Award-winning actress spoke out against Hollywood publicly and said, “Give me what I’m worth.”

Davis was speaking at a Women in the World event in Los Angeles when he unreservedly talked about the pay-wage gap between herself and her white colleagues. She compared her career to Meryl Streep, Sigourney Weaver, and Julianne Moore.

“I am nowhere near them. Not as far as money, not as far as job opportunities, nowhere close to it,” said Davis.

People have referred to Davis as a “Black Meryl Streep,” and in response to that, the actress said, “O, then if there’s no one like me … pay me what I’m worth.”

Davis estimated that actresses of color get paid “probably a tenth of what a Caucasian woman gets.” She added that even that figure “is half of what a man is getting paid” in the industry.

Viola Davis, 52, has two Tony Awards, a Golden Globe, and an Oscar. She became the first black woman to win an Emmy for Best Actress in a Drama in 2015.

Davis was born in St. Matthews, South Carolina, and became interested in theater when she was a high school student. She pursued her passion, graduating from Rhode Island College with a theater degree, then went to study at Juilliard.

During the same time that Davis’ professional career in film, television, and theater began, she was gaining nominations and awards.

The actress appeared in Broadway productions like Seven Guitars, King Hedley II, and Fences. She also acted in TV shows like Providence, Law & Order: Criminal Intent, and Brothers and Sisters.

On the big screen, some of Davis’ credits include Out of Sight, Syriana, Doubt, Eat Pray Love, The Help, Suicide Squad, and Fences. More recently, Davis has been starring in the hit series, How to Get Away with Murder.

Davis’ parents are Mary Alice and Dan Davis, and she is the fifth born out of six children. She is related to another rising star, actor Mike Colter, who plays the Marvel Comics character, Luke Cage.

The actress lives in Los Angeles with her husband, Julius Tennon, who is also an actor. The couple has one adopted daughter, Genesis Tennon. Davis is also a stepmother to Tennon’s two children from his previous relationships.

The couple founded the production company, JuVee Productions, and Davis starred in its productions Lila & Eve (2015) and Custody (2016).

Last year, Davis sold her San Fernando Valley house for $1.15 million. The 4,000-square-foot home was in her family for a long time and has a prominent three-car garage, five bedrooms, and five bathrooms. It also has a double-height foyer, a curved staircase, dark wood floors, a formal living room with beige floor tiles, huge windows, and a gas fireplace.

Davis upgraded to live in a new 7,500-square-foot Tuscan-style villa in Toluca Lake. It has five bedrooms, eight bathrooms, a 600-bottle climate-controlled wine cellar, a screening room, and a resort-style backyard with a built-in barbecue and saltwater swimming pool.