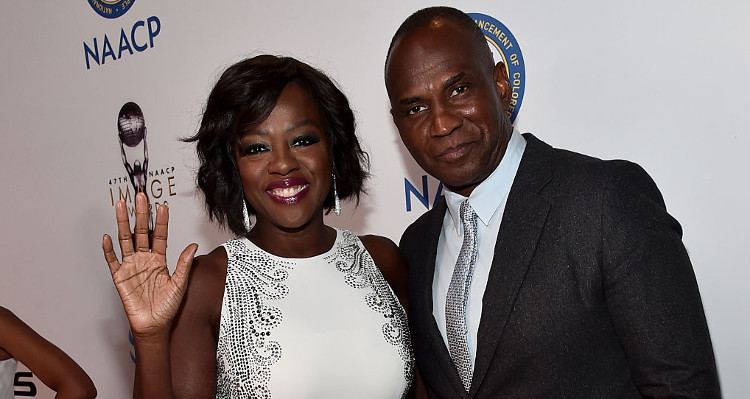 Julius Tennon struggled to become an actor because of his ethnicity. Now that he is a producer, Tennon is trying to create a platform for artists of color to tell their stories, stories that otherwise might not reach audiences. His marriage to actress Viola Davis has been one of continued love and support. In a new documentary, Black Love, the couple opens up about what their marriage is really like!

Just like her Oscar, Viola Davis’ husband did not come to her easily. She told Us Weekly that once, during a time of intense loneliness, she prayed for a husband. Three weeks later, when filming an episode of CBS’ City of Angels, she met Julius Tennon. The couple dated for four years and eventually got married on June 23, 2003. Davis remembered that time saying, “He knew how lonely I was. I was out in LA, and I hated it, and he said, ‘I’ll show you around, Los Angeles. I’ll show you around the Santa Monica pier.’” Who is Viola Davis married to? The spotlight has now fallen on Davis’ husband, so we have some details from Julius Tennon’s wiki.

Born on December 24, 1953, Julius Tennon’s age is 63. He went to the University of Tulsa on a full football scholarship, but was also interested in the arts. He majored in theater and was the first African-American to graduate from the program. He performed in several plays while at school, and won many acting awards at a time when very few people of color ventured into theater. After reaching Hollywood, Tennon acted in several films like Dazed and Confused, Small Soldiers, Won’t Back Down, and Batman vs. Superman: Dawn of Justice.

Tennon also acted in TV shows like Criminal Minds, ER, and City of Angels. He had a more satisfying career in television, and after meeting Davis, he ventured into production with films like Custody and Lila & Eve. Tennon is the co-president of JuVee Productions, which he founded with Davis. Their goal is to help actors of color tell stories that other people may not have heard. Tennon spoke about it to Backstage Magazine saying, “I think some of our bigger goals are to get some of the stories told that aren’t being told in the mainstream. In particular, some minority stories and some of the documentary history—maybe about the Middle Passage, and things that people aren’t that familiar with. They’ve heard of it, but they don’t know a whole lot about it. We want to delve into areas and make an impact telling different types of stories.” There is no information on Julius Tennon’s net worth but considering that he is both an actor and a producer, it must be substantial.

Viola Davis and Julius Tennon are now in the docuseries Black Love, which features several married African-American couples who talk about how they met and how their marriage has survived for so long. With Davis and Tennon being happily married for over 14 years, they are ideal candidates for the show. Tennon has two sons from two different partners before Davis. The couple wanted to have a child of their own, so in 2011 they adopted a girl named Genesis. Davis spoke about how being a father made Tennon stand out to her saying, “He was a single father for 16, 17 years; he raised his children by himself, as well as pursuing a career in acting. So he has character. He’s a good man. And he endeared himself to me because he was different from anyone else I dated because he was extraordinarily emotionally available and kind and generous.”